The U.S. formally established the United States Space Force (USSF) when President Donald Trump signed the National Defense Authorisation Act on December 20, 2019. It became the sixth military branch of the U.S. The primary function of the Space Force is to “protect the interests of the United States in space, deter aggression in the final frontier and conduct prompt and sustained space operations.”1  For decades the outer space has not only been used mostly for satellite for civil purposes but also increasingly for military purposes like communication with troops, reconnaissance and intelligence as well as guiding munitions, drones and as part of Ballistic Missile Defence (BMD). The leading states in space are U.S., Russia, China and now India as well. Reliance on space-based capabilities for military purposes is indispensable today. It is particularly important for great powers like the U.S. which have military bases and assets across the world. U.S.’  establishment of a Space Force is likely to spur an arms race in what is now considered as the fourth medium of warfare – outer space. This has a number of implications ranging from weaponization of space, issues of space debris, and an unchecked competition among great powers. This is likely to bring yet more instability to an international arena that is characterised by abrogation of existing arms control arrangements, onset of a new nuclear arms race, and establishment of new norms that give renewed importance to weapons systems – conventional, nuclear, and space-based. 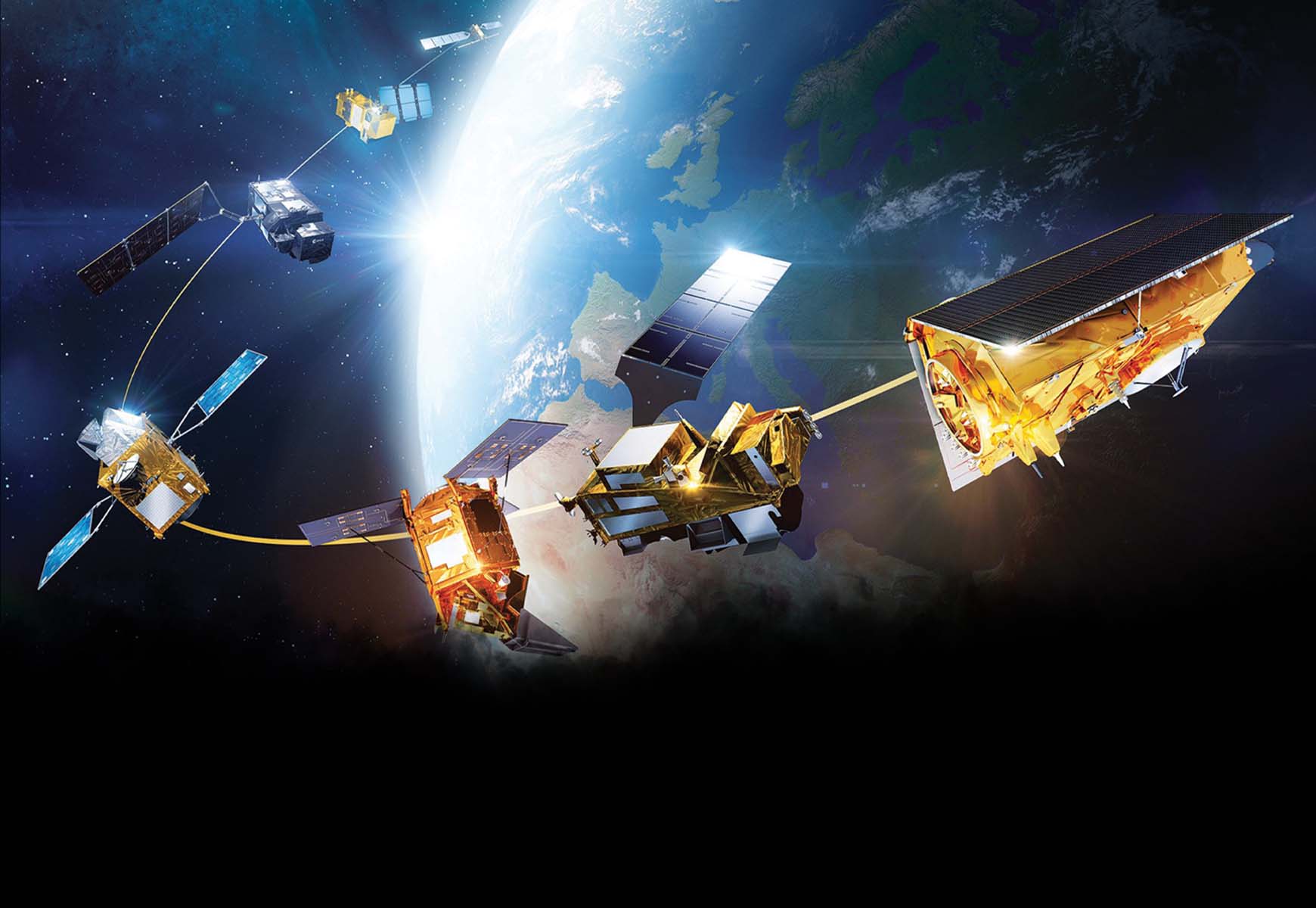 The U.S. has increased its defense budget and is going for modernization of its nuclear forces as well as developing new weapons. It is all geared towards maintaining U.S.’  supremacy in the world. Creation of a space force is also a step towards preserving its supremacy. However, it is likely to offset an arms race in outer space as well.

USSF has been created within the Department of Air Force. The stated purpose of USSF is that it “organises, trains, and equips space forces in order to protect US and allied interests in space and to provide space capabilities to joint force.”2 It would include developing space professionals, managing the military space doctrine, acquiring military space systems for use by its armed forces. The 16,000 military and civilians working for Air Force Space Command would be assigned to the USSF.3 The U.S. Congress has set aside $40 million of its $738 million military budget for its USSF.4 The U.S. claims that “Maintaining space superiority is an emerging capability required to protect U.S. space assets from hostile attacks.”5

What may initially seem like a modest force and budgetary allocation may have far-reaching and serious consequences. This essentially sets up structural changes that would encourage destabilising arms race in space. 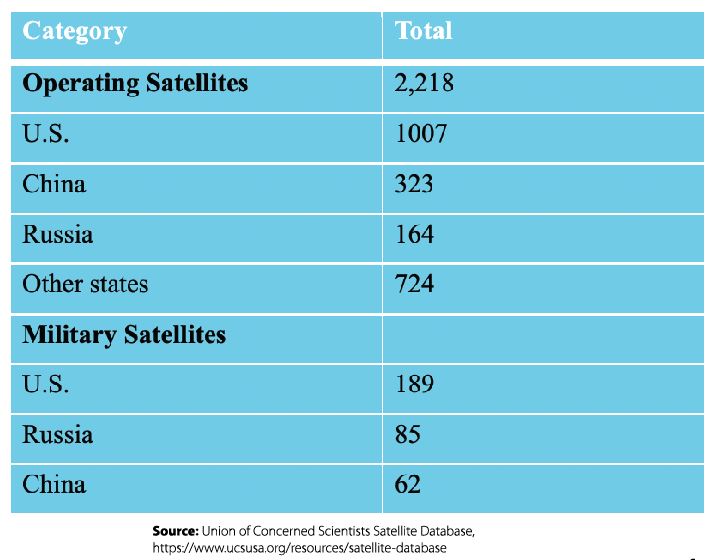 The U.S. claims that the resources for USSF will be used to deter aggression in, from and to space. However, it is problematic since it will create incentives within the U.S. security bureaucracy to hype the threat of space weapons, and then build new weapons to counter them.6 U.S. has already started work on offensive systems. In March 2020 USSF announced that Counter Communications System Block 10.2 was ready for combat operations. It is a ground-based communication jammer designed to block the adversary’s satellite communication. It is a mobile electronic warfare system that can temporarily jam communication from adversary’s satellite. U.S. initially deployed it in 2004 and 2014.7 This is the latest version of the system.

Creation of USSF is already drawing concern from Russia. In a meeting with its defense officials Russian President Vladimir Putin said, “US military-political leadership openly considers space as a military theatre and plans to conduct operations there.”8 He has further said that the U.S. is fast developing military forces for space operation and its expansion in space was a threat to Russian interests. He has also said that Russia needs to develop its owns space forces further in response. This is clearly set to take the U.S.-Russian competition in space to a whole new level.

China has also said that it is deeply concerned over the USSF and opposes it. Its Foreign Ministry Spokesperson Geng Shuan said, “The relevant US actions are a serious violation of the international consensus on the peaceful use of outer space, undermine global strategic balance and stability, and pose a direct threat to outer space peace and security.”9 It thus has the potential to embroil China in an offensive arms race in space as well. 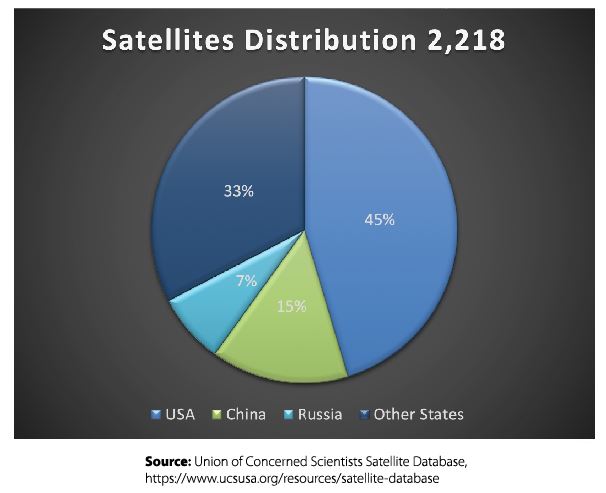 Another associated problem with ASATs or any offensive activity in space is the creation of debris which can be very harmful to satellites and space stations orbiting in outer space. According to some estimates there are over 100 million pieces of debris orbiting around in space. Of this, 20,000 objects are larger than a softball and are constantly monitored by U.S. Space Surveillance Network.10 Indian ASAT test on March 27, 2019 alone created 400 pieces of debris and elicited protests from Pakistan and concerns from the U.S. and others around the world over weaponising space and endangering space assets by creating more debris that will remain in the orbit for a long time.11 This space debris zipping around the orbit could create hazardous conditions for satellites operating there.

Thus, creating more offensive capabilities or space weapons will make space more hazardous, and would perpetrate a costly and destabilising arms race. Creation of forces like the USSF is likely to create competitions among great powers for supremacy in offensive and defensive systems. A militarily charged space environment may create incentives to use it or lose it satellite based military capabilities in times of crisis. It is also likely to lower the threshold of the use of offensive space capabilities.

It is imperative that outer space should not become the latest battlefield. Great powers need to make concerted efforts to regulate offensive use of outer space. There is not adequate space law to regulate weapons in outer space. Existing international law, like the 1967 Outer Space Treaty (OST) only prohibits the placement of nuclear, chemical and biological weapons in space. It does not prohibit the placing of other types of weapons. Partial Test Ban Treaty (PTBT) of 1963 bans nuclear test in the atmosphere, outer space and underwater. Committee on Peaceful Uses of Outer Space (COPUOS) set up by General Assembly in 1959 to govern the exploration and use of space for the benefit of all humanity: for peace, security and development has not made much progress. The UN Conference on Disarmament (CD) has been deadlocked for decades. European Union’s International Code of Conduct for Outer Space Activities convened in 2015, which proposes not to damage or destroy any satellite except for self-defense and for managing space debris, has not had any significant success. Prevention of an Arms Race in Outer Space (PAROS) has been active in CD for decades without any success. Russia and China have repeatedly submitted drafts for arms control and PAROS over the years, and as recently as 2014.12  However, the U.S. has rejected these and refuses to put forth any proposals of its own.

The great powers in space have to decide if having their own satellites safe is more important than keeping others’ satellites at risk. It seems that for the moment the trend is increasing towards having offensive capabilities in space. It also appears that there is no political will to negotiate arms control in outer space. The trend, especially on the part of the U.S., has been to go for development of offensive systems in space and initiatives like the USSF. Ultimately, this will threaten U.S.’ adversaries and make them develop weapons and offensive capabilities of their own space. Such a race will be costly, destabilising, dangerous and futile. It will make no one secure, least of all the U.S. which owns nearly half of the working satellites in outer space. In efforts to achieve supremacy in space, the U.S. is well on its way to turning it into the latest warfighting domain.

The writer is a Research Fellow at the Institute of Strategic Studies, Islamabad and focuses on nuclear and arms control & disarmament issues.

3. “The Space Force is officially the sixth military branch. Here is what that means,” Air Force Times, December 20, 2019, https://www.airforcetimes.com/news/your-military/2019/12/21/the-space-force-is-officially-the-sixth-military-branch-heres-what-that-means/

12. “CD documents related to Prevention of an Arms Race in Outer Space.”