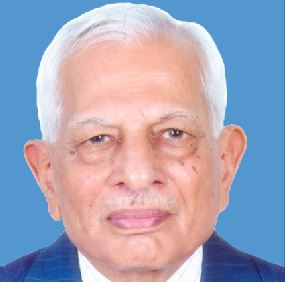 Revival of the Great Game and South Asia

Emergence of Stans of Central Asia

The British Empire in the 19th century was principally engaged in thwarting the southward push of the Russian Empire from reaching the warm waters of the Arabian Sea. This strategy was called the “Great Game”. By 1907, the center of global power had shifted elsewhere and the region lost its significance.

As the center of world power shifts to Central Asia, the states located along its southern border provide access and thus are situated in the path of global strategy. South Asian countries are considered pivot states. They could be on the threshold of limitless prosperity. The Russian press speaks of an Afro-Eurasian corridor and others talk of Central Asia's link up with the Info-Pacific region.

The breakup of the Soviet Republic in 1989 restored the independence of the five Muslim Turk states who were then opened to the world. The region is extremely rich in resources e.g., Caspian oil and gas reserves estimated at 5 to 110 billion barrels, 170-463 trillion cubic feet natural gas, and minerals offer great prospects for trade and investment. The area needed technology for exploitation of resources, means of production, and access and transportation. Convergence of the interests of major powers fueled competition and political developments in the region assumed global significance. The U.S. believes it is of vital interest to prevent any power from dominating the Eurasian landmass. (Shades of Mackinder).

U.S. Strategy for Central Asia 2019-2025 (February 5, 2020): The assigned objective of this strategy is to strengthen the sovereignty and independence of any individual or region, reduction of terrorist threats, stabilize Afghanistan, promote connectivity between Central Asia and Afghanistan (possibly connect with Indo-Pacific), promote trade and investment and democratic reforms. A diplomatic platform (C5+1) was constituted which notably excluded Russia and China.

However, the robust presence of Russia and deepening interest of China are not considered confrontational (at this stage). It is discerned that Kazakhstan President Tokayev bends towards Russia and China, and hopes to modernize the border infrastructure with Russian assistance so as to link with the Belt and Road Initiative and North-South Transit Corridor. He also advocates Yuan as the global currency etc. Uzbekistan President Mirziyoyev is considered more neutral but is interested in Afghanistan and provides an alternate route for U.S. supplies to Afghanistan.

The United Nations Security Council’s (UNSC) inability to contribute to the world order that goes beyond their own interest led President Putin to criticize the U.S. for its “almost uncontained hyper use of force in international relations” (MSC 2007). The German President Steinmeier accused the U.S. “of rejecting the idea of an international community”. He further added, “more mistrust, more armaments, less security” is the order of the day (MSC 2020). It is feared that the emerging global security environment may lead to the creation of power blocs in the pursuit of the world's resources.

As the center of world power shifts to Central Asia, the states located along its southern border provide access and thus are situated in the path of global strategy. South Asian countries are considered pivot states. They could be on the threshold of limitless prosperity. The Russian press speaks of an Afro-Eurasian corridor and others talk of Central Asia's link up with the Info-Pacific region. The geo-political situation in the sub-continent has become of world importance. President Trump's visit to India on February 24, 2020 was at an opportune moment. While expressing close ties and shared partnership with India, he emphasized that the U.S. had very good relations with Pakistan, and repeated his offer to mediate between the two countries.

The Kashmir issue remains unsettled because UN resolutions rendered ineffectual by repeated vetoes from Russia. The Indian military, convinced of an eventual military solution, are frantically engaged in the acquisition and production of weapons of mass destruction at an enormous expense. The country has, as a result, run into the “worst economic slump in years”. A major political party Shiv Sena, erstwhile component of ruling BJP, has broken away complaining of neglect in social services e.g., health, education, employment, poverty alleviation and cleanliness. The rich-poor divide has created instability. Impoverished masses are led to have unrealistically high expectations of global prestige.

The recently appointed Indian Chief of Defense Staff General Rawat and the COAS General Naravane both consider Pakistan a primary threat and have disclosed plans for major armament investments e.g., grandiose plans for accelerated work on acquiring sophisticated weapons from Russia, Israel, and U.S.; creation of theatre commands; fighting a two-front war with the ability to shift troops rapidly from the plains of Punjab to the Tibetan Plateau; and acquisition of bases girdling the Indian Ocean and “turning it into an Indian lake”. An overseas base is maintained at great expense and, above all, detracts from the strategic autonomy of the host country. India can join as a junior partner with a superpower in maintaining an overseas base. In competition with China, India has launched a “Development Assistance Programme” with disbursements to Nepal of Rs. 800 crore, Myanmar Rs. 300 crore, Bhutan Rs. 2884.65 crore, Maldives Rs. 1025 crore, Bangladesh Rs. 200 crore, Sri Lanka Rs. 200 crore, Seychelles Rs.140 crore, Mongolia Rs. 2 crore, and Latin America Rs. 20 crore.

In the predatory conditions prevailing in South Asia, smaller states of the region are prepared to seek big power alliances and obtain high technological armaments against what they perceive as India’s hegemonistic designs.

India and the U.S. are both protectionist states and thus face difficulties in a smooth trade relationship. Their main differences revolve around unbalanced export/imports; problems of H-1B visa regime; non-acceptance of U.S. dairy and agricultural products; medical devices; digital trade; tariffs and India's continued reliance on Russia for joint arms production, investment and trade (a case in point is the S-400 missile system, oil import, space technology, submarines now on order and other projects under discussion). The U.S. has offered to meet much of India's critical requirements such as $3 billion worth helicopters and any of the “most feared weapons in the U.S. Armory”. The U.S. expects a total Indian commitment in the Indo-Pacific region. (Will Kanakya hold!)

Forceful lobbies are at play in India. Four million Indian expatriates in the U.S. hope to mobilize in support of the Republican Party. They quote Trump’s investments in India worth $1.5 billion with Trump Towers located in Mumbai, Pune, Kolkata and Delhi. Some Indian origin Americans still carrying their sub-continental prejudices believe that the U.S.-India alliance will subdue the “arch rival” Pakistan.

Presently, India is said to be finalizing another deal for the purchase of $15 billion arms weapons from Russia. (197 Kumor helicopters $ 2 billion; BrahMos anti ship missile, $2.6 billion; 18 Sukhoi Su-30MKI, 1.5 billion; VSHORADS or very-short-range air defense system; 9K-338 IglaS missile system; S-400 missiles, $2 billion). It is surmised that the U.S. will not invoke CAATSA (Countering America’s Adversaries Through Sanctions Act) as the supply of Russian hi-tech weapons to India may or will cause misgivings in Russia-China relations.

President Trump, in a masterly speech on February 24, praised Pakistan for its anti-terrorism efforts and the goodwill for close U.S.-Pakistan relations which he reciprocated. He has already offered to mediate between the nuclear neighbors. The world press has commended Pakistan for withstanding extreme provocation from India. The launching of RAW-inspired terrorist activity in Pakistan from bases in Chabahar and Indian consulates in Afghanistan, false flag operations, denying UNIP military observers from visiting AJK border, provocative disrespect of Muslim shrines/mosques in India, groundless animosity in international bodies like the FATF, and, of course, Indian military intervention in East Pakistan at enormous expense spread over twenty years (RAW publications) brought no advantage to India. The Kashmir issue remains unresolved and goodwill from Pakistan may become totally elusive.

In the last 70 years, apart from the efforts of the UN, efforts to settle the differences between India and Pakistan have been in vain. During the CENTO (Central Treaty Organization) years the most serious effort was made to settle the Kashmir issue. The Bhutto-Swaran Singh meetings closely followed the intermediary work by Duncan Sandys and Averell Harriman. The intermediaries finally concluded that the quickest and simplest solution was a plebiscite under UN supervision, to allow the partisans to disengage with dignity and contentment.

A South Asia Association for Cooperation

South Asian states, although not equal in size, population and wealth, occupy areas of equal strategic value and place great premium on “strategic autonomy”. They are keen to promote connectivity and prosperity with mutual cooperation. Unfortunately, some events have dismayed policymakers. Astonishingly, it is on record that India wished for Nepal to alter its constitution to allow more self-government to a province of Indian interest. India, in cooperation with the U.S. and the UK, maneuvered “regime change” in Sri Lanka as then President Rajapaksa’s government was supposed to be pro-China. A regime change was effected in Maldives (the previous government had favored nation-building help from China), and it has also fostered disagreement between the Afghan government and Pakistan for no rhyme or reason; apparently to promote RAW projects and intrigues. We also heard that during Sri Lankan PM Rajapaksa's visit to Delhi in February this year, PM Modi exhorted him to “meet the expectations of the Tamil minority with equality, justice and peace”. Further he warned “it will be necessary to carry forward reconciliation [with Tamils] with the implementation of the 13th Amendment to the Constitution of Sri Lanka''. Such statements are unfortunate, especially as the whole territory of the former Indian empire was multi-racial and on independence, groupings were artificially drawn on the conference table creating minorities, racial disparity, and religious and cultural differences. These differences had to be molded as one nation. This apparent neglect of India may have consequences for the region as a whole.

The post-colonial history of South Asia, over the last seven years, is replete with instances of India’s continual efforts to interfere with the affairs/policies of its neighbours namely, Sikkim, Bhutan, Nepal, Sri Lanka, Maldives and Pakistan. All these states cherish their strategic independence and have built up deterrent defenses. A balance of power exists. It is thus hoped that the recently announced “U.S.-India Comprehensive Global Strategic Partnership” will not impinge upon the bilateral relations of the U.S. with the other states of the region. The recent statement of U.S. Defence Secretary Dr. Mark T. Esper “reaffirming a long term, mutually beneficial security partnership with Pakistan” was most reassuring.

India is an important arms market for Russia (approximately $19 billion). It has growing trade relations with China. Its strategic objectives are difficult to understand. A distinguished Indian strategist apprehends that India’s present policy can only lead to playing the role of a junior partner to a superpower, a comedown from its cherished objectives. Military power based on imported technological superiority is no guarantee of power. To play an international role commensurate with its population and size, India must take the lead in ushering an era of peace, prosperity, harmony, goodwill, mutual respect and equality for all states of the region.

The writer is a retired Brigadier and former Ambassador to Sri Lanka and Iraq.
E-mail: [email protected]