Pakistan is undoubtedly a nation of cricket lovers, yet if someone utters the word ‘cricketer’, how many of us would actually imagine a female cricket player in our minds? Unfortunately, until a few years ago, women's cricket was ignored not only in Pakistan but the whole of South Asian region. No one really knew the names of female cricketers and there was no media coverage given to women’s cricket. Women practically had no voice in the governance of the game of cricket; but thankfully now it comes as a pleasant surprise that a revolution is in order; a change in the constitution of Pakistan Cricket Board (PCB), which involves the appointment of the first-ever female member of Board of Governors (BoGs) of PCB, Ms. Alia Zafar, who has been given charge to lead PCB's Human Resource and Remuneration Committee. 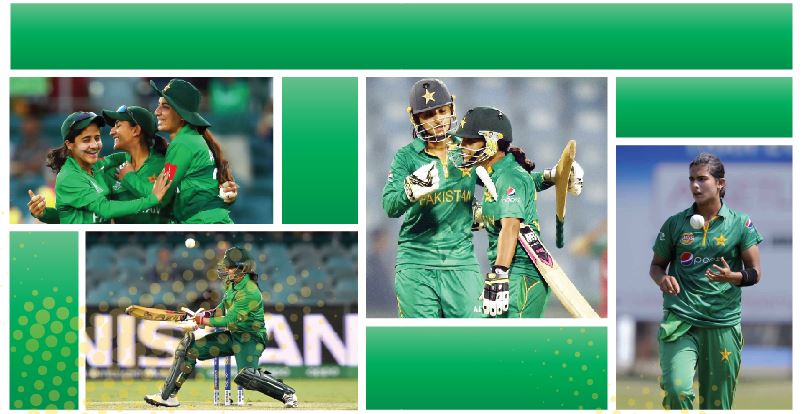 Today, women’s cricket in Pakistan has evolved tremendously and has changed the mindset of many cricket-crazy fans. We thank the Pakistan Women's National Cricket Team for bringing about this change, as without them this would not have been possible. These amazing women are a bunch of passionate cricketers who are working towards uplifting women’s cricket in the country. At the forefront is the former team captain, Sana Mir, who ranked in the top 20 of International Cricket Council (ICC) female player rankings.
In her recent interview, Kainat Imtiaz, the 27-year-old all-rounder who has represented Pakistan in 11 ODIs and 12 T20Is mentioned that her goal is to surpass the best cricketers. She also said that women's cricket has come a long way and the work done by PCB for the promotion of Pakistan Women's National Cricket Team is admirable and such work has allowed fans to accept women’s cricket by giving it an identity, which has opened doors for young girls to pursue cricket as a career choice. 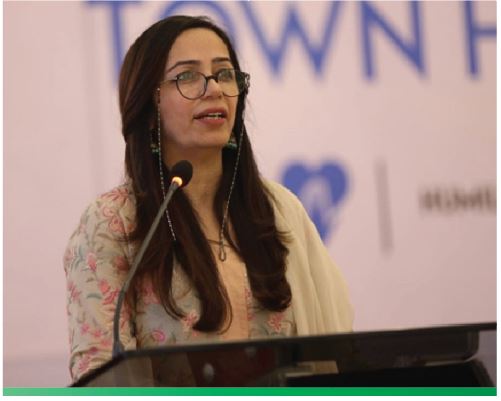 Muneeba Ali is another star player who has represented Pakistan in 7 ODIs and 13 T20Is. Her passion for the game is her biggest strength and because of that she is not afraid to attack from the beginning that makes her a promising player. Bismah Maroof, captain of Pakistan Women's National Cricket Team is known to either play a supporting role with her batting partner or play an attacking role in which she can take charge and score at a high strike-rate. Since making her T20I debut in 2009, against Ireland, Bismah hit 2,183 runs at an average of 27.28, a strike-rate of 92.85. After the T20 World Cup in 2016, she was made the captain and has done a stellar job so far, ranking 7th in the ICC Women’s T20I. Javeria Khan is one of Pakistan's most experienced and successful batswoman, who has represented Pakistan in 103 ODIs and 97 T20Is. Her experience and leadership is pivotal for the team. All team members are crazy cricket fans; they not only play the game with tremendous passion but also work hard to never give in or give up.
But having a passionate team is not enough, support from the Board is also essential for teams to excel in the game. Ms. Alia is that beacon of support that all members of Pakistan Women’s National Cricket Team were looking forward to. Ms. Alia, without an exaggeration, has truly served as a catalyst for women's cricket in Pakistan. She made her intentions clear by saying: “It is our combined responsibility as part of the BoGs to promote the game of cricket for both the teams. The sport has been considered a domain of men for a very long time however, internationally the role of women in test matches is changing drastically. PCB has taken a lead in terms of inclusion of a woman as a member of BoG, which is a step forward for Pakistan Women’s National Cricket Team.”
Ms. Alia proudly assures, “This is the first step and hopefully going forward we will see a greater balance. The presence of a woman on the BoG cannot be and must not be a number filling exercise.”
Cricket has the power to reform the conventional attitude and culture in Pakistan by empowering women and providing them a platform for development and growth on both an individual and combined level. It can definitely uplift the approach of our girls to not only aim for the stars but to bring about a societal change in Pakistan. We should be proud of the fact that Pakistan National Women’s Cricket Team has a lot of potential to grow. Ms. Alia aspires, “A considerable knowledge of the gender perspectives in different areas of work including sports and inclusion of sports within our acceptable culture is one aspect we all need to work towards.”
The way forward to strengthen the structure of women's cricket in Pakistan and help reduce their challenges in the future according to Ms. Alia is to expand the horizon and create a larger talent pool through a structural approach to grassroots cricket.  She opines, “From the structural perspective, promoting women’s competitive cricket at all levels, reducing pay gaps and equality in contract conditions, all stem from understanding where we stand now. We are very much there in terms of how this is being approached by PCB.”
PCB is progressing positively in the right direction since our women’s cricket team has started making its mark. “PCB has been focusing on women’s cricket,” Ms. Alia comments. Furthermore, she explains how it has progressively enhanced focus on all underrepresented groups: “We do have a lot of challenges in terms of the ecosystem we live in. However, this makes it all the more imperative to focus on promoting the game at the grassroots level. This means that in communities and in society, in schools, colleges and at university level we need to have a mechanism available for engagement in sports activities, club cricket and bigger tournaments.”
In order to address this prevailing issue, PCB has recently invested in five grassroots level cricket academies as well as ten centres of cricket for women around Pakistan. It is hoped that PCB further enhances its financial incentives by increasing the match fee, salaries as well as their domestic allowances to recognise the girls in green.
Ms. Alia affirmatively acknowledges that cricket governance and women’s cricket in Pakistan has evolved over the years. She says, “Considering how it started and where it has travelled, my answer is yes we have evolved. There are always ups and downs in the game. We have had some challenging situations in the past but I see a very good focus on making the right decisions and creating the governance models required for a progressive organization. For women’s cricket the capacity of the team has been continuously enhanced and over the years we have seen the team emerge as brilliant representatives of Pakistan. There is great potential and to grow to an optimal level, there are still a lot of areas to cover and one can see that the PCB management is working towards that.”
Ms. Alia’s presence in the BoG has definitely unlocked new avenues for bringing a balance in the Board’s decision-making; she believes, “The basic premise of adding women to become members of BoG emanates from a need, which is understood by PCB. A diverse board brings with it a definite balance in how various areas of governance are looked at and reviewed. I am confident that PCB in this aspect is already leading the region.” 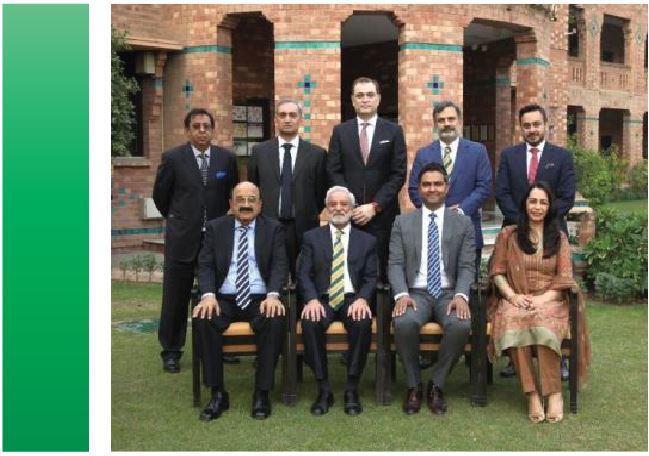 She also added, “We need to address the areas that we have allowed to go unheeded; why have we side lined the participation of our national women’s cricket team when it comes to showcasing their talent in premier leagues? I think women cricketers should be represented with the same glitziness and be given similar exposure as that of our men’s Pakistan Super League (PSL). Our female players have lesser opportunities in comparison to their male counterparts, but the sad part is that they themselves do not demand the value for their talent and skills. The cricketers often forgotten women struggle hard to get sponsorships by the cricket councils and media channels. They equally face difficulty while getting trained in cricket academies as these are mainly focused on training the male cricketers. It is imperative for the society to take an affirmative step in this regard and bridge this huge gap by promoting women’s cricket in rural areas, providing jobs as well as sports’ scholarships to female cricketers to see an upward trend in our women’s cricket.”
Ms. Alia has also worked as a lead HR expert with Crown Agents USA and as a consultant with the United Nations (UN). Her experience as a versatile strategic human resource professional is of paramount importance. She has over twenty-five years of hands-on experience in diverse industries; she has served in financial, hospitality and communications organizations. Having worked in senior positions in the corporate world for over two decades she is a confident individual who wants to work for uplifting women’s cricket in Pakistan. She says, “The first and most important element is believing in your own ability to bring about change wherever we may be. I think I have been able to do that. Second, equally important element, is being a thorough professional and being able to add value in terms of what you bring to any area of work that you are engaged in, whether a homemaker, or outside your homes and within organizations. The challenges one faces of course are of embedded biases. You may sit on the table yet your voice may be drowned and not heard; so to bring about a balance there, we need a tipping point. At times, I have been able to be that one person to bring the balance. At times, I have been supported by good men and women around to make that scale tip. In the end, the most important part is to keep going when no one else is there and/or when you are followed and supported by a wonderful group of colleagues, family and community. In any case, every woman has it in her to make it on her own and to make it wherever she is. I have very strong faith in the ability of women in Pakistan and I am very proud to be part of a resilient lot.” HH