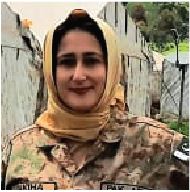 Memories of My Time as a UN Peacekeeper in DRC

Maj Dr Fakiha Salman recounts the challenges, joy and pride of serving as a UN Peacekeeper

Ivividly remember the day I received the letter of selection as part of Female Engagement Team on UN peacekeeping mission in Democratic Republic of Congo (DRC). Seeing the letter put me in a state of dilemma; on one hand, I was feeling excited and proud to be amongst the few bestowed with the privilege of serving and representing Pakistan on world stage and on the other hand, the mother in me was really apprehensive at the prospect of leaving behind her children for a whole year. It was my husband whose support and affirmation gave me the confidence to go ahead, and I can safely say that not only did this decision prove to be a benchmark in my military career, but it also strengthened our bond as a family. Having looked after my children alone on numerous occasions while my husband served his nation on borders, in Siachen and Waziristan, this was the first time my children were to see their mother going on service in a war-torn zone. It came as a surprise to me when my 12-year-old was the one boosting my morale and my seven-year-old putting on a brave face despite being uncertain herself about the upcoming days without their mother around.

With all these mixed feelings I packed my bags. It was first day of Eid-ul-Azha, I remember. I hugged and left my children under Allah's protection and husband’s care, and joined the convoy going to Islamabad Airport. The four-hour journey from Kharian garrison to Islamabad airport was spent in a state of daze. I was looking outside the window at the roads of my beloved country, which I was soon to leave for lands unknown. The thought of how my children were coping already started flooding in. I realised that I really was going to leave when we reached Islamabad airport and I saw my fellow countrymen clad in CCD uniform, holding official passports, ready to embark on a mission to serve and represent our homeland abroad. 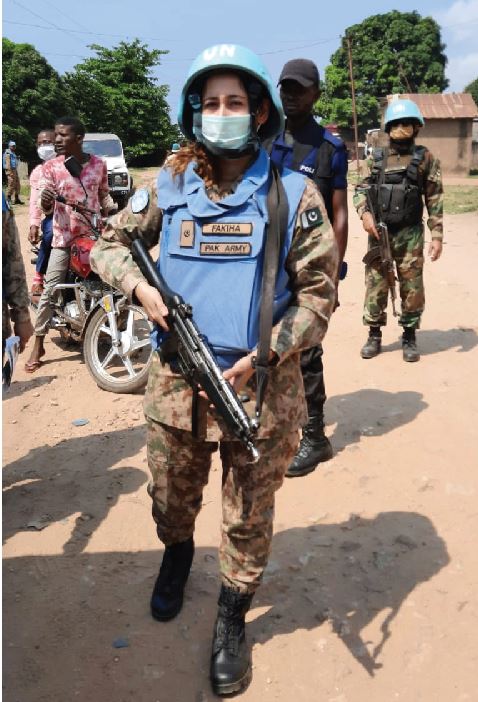