Mehak Gul, at the age of 16, became the youngest woman from Pakistan to win the title of ‘Woman Candidate Master’ at the 42nd World Chess Olympiad, 2016, by winning 6 out of 11 rounds in the international chess tournament held in Baku, Azerbaijan. She was one of the 82 women from all over the world to achieve this feat. 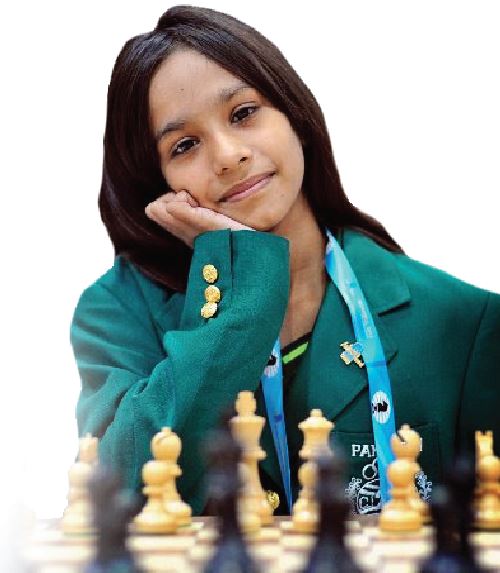 Ms. Gul started to learn and master the game of chess from the age of 6. She first participated in an international chess event at the age of 12, when she represented Pakistan at the 40th World Chess Olympiad held in Istanbul, Turkey in 2012. Ms. Gul also holds the Guinness World Record for arranging a chessboard in forty-five seconds. She has also won many provincial and national championships since she was in middle school. With an International Chess Federation (FIDE) rating of 1580, Ms. Gul dreams to make a name for herself in this field. Her biggest dream is to become a Woman Grandmaster, a title conferred by FIDE.
In a recent interview with Hilal for Her, she talked about the motivations, aspirations, inspirations and challenges in the way of attaining her objective. 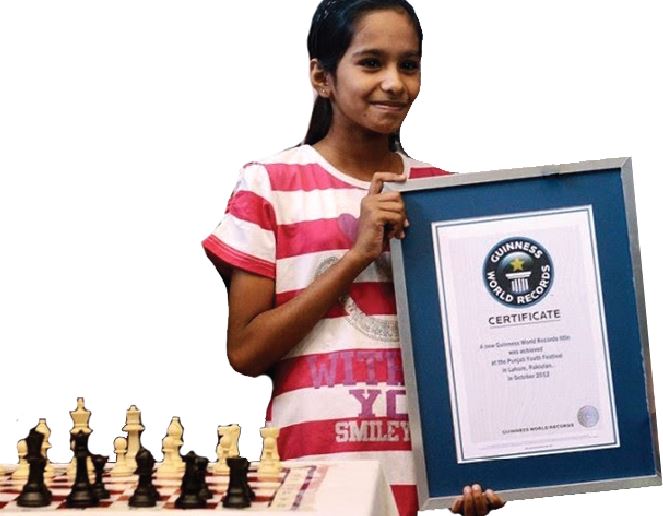 When I got this title, the proud moment for me was not when they announced that Mehak Gul won the title but that ‘Pakistan’ had won the title. It is an added feather in my cap as I am the youngest Women’s Candidate Master (WCM) in Pakistan.

Where does your unwavering passion for chess come from? Tell us how did it all begin for you and who is your mentor?
I would attribute a lot of it to none other than my father. I loved watching him play chess and asked him to teach me as well. It was my father who taught me to play and gave me training which improved my skills and I started playing chess from the age of five.
My father has been my sole supporter in chess. There is no one except from him who has not only financially supported me but also arranged for my training. Even when it comes to my family, he is my strongest supporter.
Any difference that playing chess has made to your life?
Chess has been immensely beneficial to my life so far. It has helped me in improving my decision-making skills and logical thinking, boosting my confidence level to new heights.
What has been your biggest achievement so far?
Well, I have a number of achievements and have received many prestigious titles as well but I consider two as the major achievements in my career: The World Guinness Record that I made in 2012 and the Women’s Candidate Master Award that I won in the year 2016. Here, I would like to share with you that when I got this title, the proud moment for me was not when they announced that Mehek Gul won the title but that ‘Pakistan’ had won the title. It is an added feather in my cap as I am the youngest Women’s Candidate Master (WCM) in Pakistan.
Which is your favourite piece on the chess board and why?
Obviously, the Queen without a doubt is my favourite piece on the chess board because she can move anywhere and has an immense significance in the royal game of chess. It is the most powerful piece on the chess board.
Did you face any hurdles to reach your current successes?
Absolutely, I faced many hurdles because I am a girl and no one ever supported me financially except for my father. I can play national matches and games but unfortunately, I am unable to play international matches. It is a major issue of concern as the lack of finances hinders me from participating on international level.
Do you think that sponsorship and media’s attention to women’s talent in sports/games is comparatively less than men’s?
There is no doubt about the fact that media has given me a lot of coverage but when it comes to sponsorship, not even a single organisation has ever supported me financially. There are various international matches every month but I cannot go and represent Pakistan only because, I have neither the funds to cover the cost personally, nor do I have any sponsorship to help me in this regard. Unfortunately, our country supports only cricket; they are offered all the sponsorship deals, etc. I think we should not focus only on one game, rather other games that can actually help in showcasing Pakistan’s talent, should also be patrionized. Only recently, I have received an invitation from Thailand for a tournament in November but unfortunately, I cannot go and represent Pakistan due to lack of funds. If I am sponsored for this match, I can proudly represent Pakistan on the international forum. 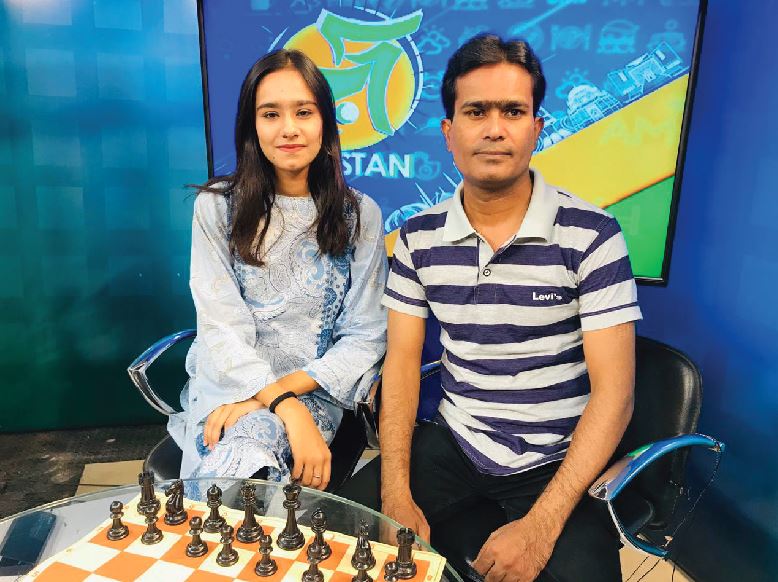 Only recently, I have received an invitation from Thailand for a tournament in November but unfortunately, I cannot go and play the game because of the lack of funds. If I am sponsored for this match, I can proudly represent Pakistan on the international forum.

Who is your favourite chess player and why?
Magnus Carlsen is my favourite chess player because he is extremely talented. He is not only the strongest player but the current world champion as well.
What are your goals and ambitions, chess-related and in general?
As Pakistan is not represented on international level when it comes to the game of chess, I want to make Pakistan proud and become its first Woman Grandmaster.
What steps should we take to make chess more popular among girls?
Talent is secondary but if you work hard in any field, then I believe that God definitely grants you success. The reason of my success is that my father and I have worked relentlessly towards achieving our goal. God has been kind to me and has given me lots of respect. I wish to send out this message to everyone that if you aim to achieve your goal then work your heart and soul in it, prioritise it, God willing you will be successful. HH