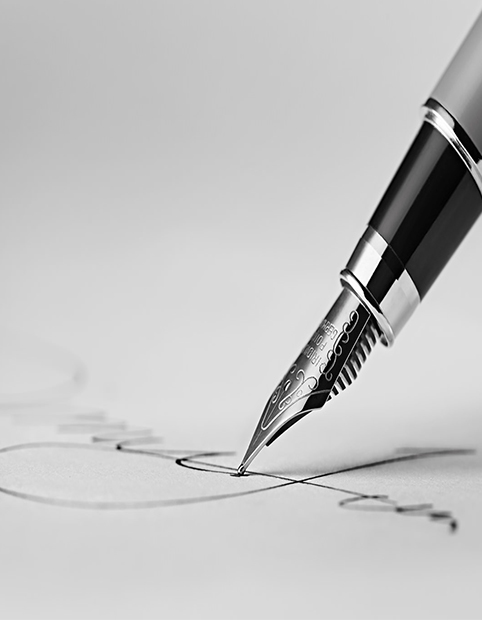 Balochistan is the largest but least populated province of Pakistan. Regarding educational index in Pakistan, Balochistan is ranked lowest among all the provinces. Net school enrollment (NER) for boys and girls at all levels is at least 10% below the national average. The indicators of female registration are very poor, especially at the rural level. The 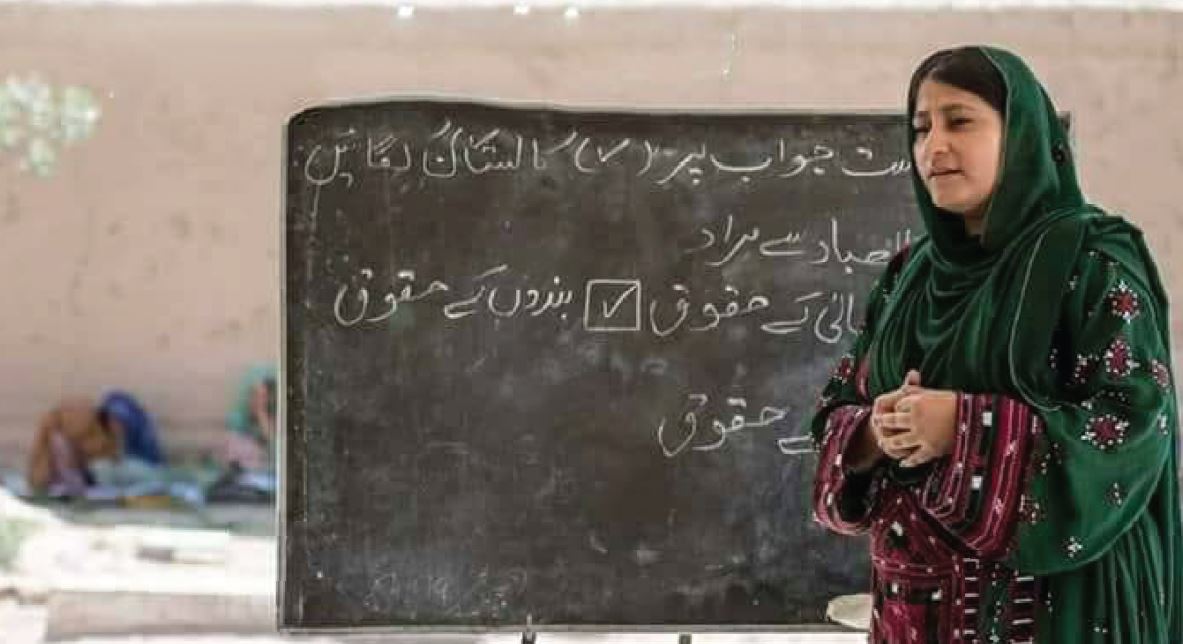 NER for girls is 33% at the primary school level and drops to 7% at the high school level. Various studies have been conducted on the circumstances surrounding women’s literacy in Balochistan that have highlighted a few obstacles, which need to be managed and eliminated to boost the literacy rate among women in the province.
One of the biggest obstacles to female education in Balochistan is poverty. Parents want to educate their daughters, but they cannot get them to school because of financial woes. Public schools are generally cheaper than private schools, but they may charge tuition, registration or exam fees, additional costs that the student's family will have to bear.
Moreover, to cater to the needs of women’s education there number of educational institutions is not enough. Schools are scarce even in the big cities of Balochistan. The situation is much worse in rural areas where there are fewer schools and private schools are unlikely to fill the gap.
Schools are more likely to be segregated as children get older, and there are fewer girls’ schools than boys. Many girls have been unable to pursue further education and they have no way of continuing in higher grades because that would mean that they have to go to school with boys.
However, there is great variation from community to community in Balochistan regarding perspectives towards girls’ education. Some families believe that girls should not be educated or that girls should not go to an educational institution after a certain age. There are others that believe in giving their girls opportunity to get an education. In some areas, families who violate cultural norms that prohibit girls from studying can face pressure and hostility.
Another important issue is the lack of basic amenities like classrooms, furniture, toilets, running water in toilets, etc., in many schools of the province. Because of the lack of proper infrastructure and access to basic facilities parents are reluctant to send their girls to schools. It is a shame that many schools in Balochistan lack these basic facilities because the more schools with basic amenities, the more likely are girls to enroll. Girls who start menstruating are especially affected by poor toilet facilities. Managing sanitary supplies at school is also difficult, in addition to having no toilets with running water. In these conditions girls are likely to stay at home during their menstrual period, and the attendance gaps can lead to poor performance and an increased risk of dropping out of school.
Another aspect that prevents Balochi women from being educated is the shortage of qualified female teachers due. In rural Balochistan, particularly, it is observed that male teachers teach male students and female teachers teach female students. In view of this, in the absence of female teachers, there is hesitance on part of families and girls to attend schools taught by male staff.
Families may also face administrative hurdles when enrolling their children in school, including requests for previous school certificates, identification cards, birth certificates, etc. It is difficult for many poor families to overcome these barriers that frequently move from one location to another or where parents are illiterate.

The World Bank in collaboration with the Government of Pakistan has set up Balochistan Education Support Project (BESP). BESP has set up 649 girls schools in Balochistan so far. Through this project, the government has also rebuilt 123 girls’ schools. Schools have also been provided with missing facilities like toilets, water, boundary walls, electricity, blackboards, etc.
Mobile Female Teacher Training Unit (MFTTU) was established to train teachers in their home towns instead of calling them to training session in major cities. MFTTU has pooled community resources available for educating girls in rural areas, making it possible to train teachers in rural areas in particular. 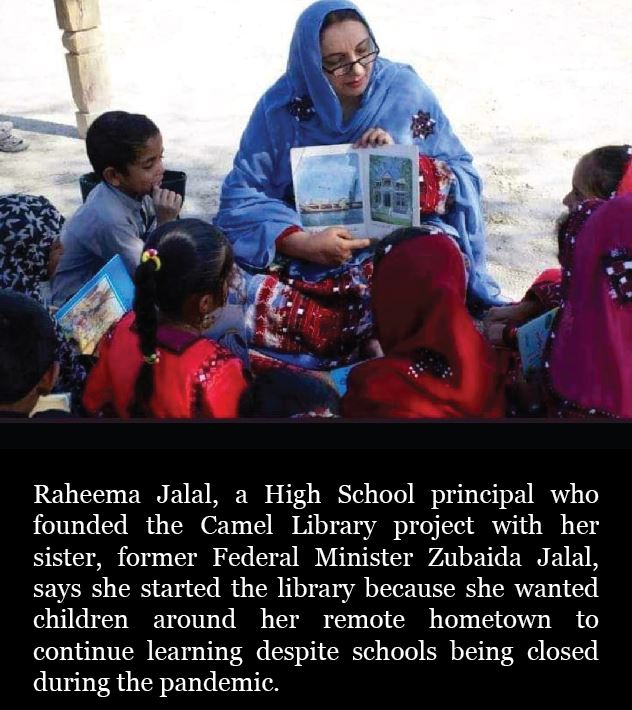 Pakistan Army has also taken many steps to address the regrettable situation of women’s education in Balochistan. For the first time in the history of Balochistan, a cadet college for girls has been setup in Turbat by the Government of Balochistan for the mission of uniform, quality education. The 150-acres Sheikha Fatima Girls Cadet College, inaugurated on March 15, 2022 is equipped with state-of-the-art facilities. It is a modern campus with a capacity of about 400 students. Lieutenant General Nigar Johar recently visited the college and interacted with the cadets and talked to them about the importance of female education and women empowerment.
Zobaida Jalal Khan and Rahima Jalal Khan are role models for women in Balochistan and have worked tirelessly for the cause of educating Balochi women. Their father, Mir Haji Jalal Khan Rind, founded the first girls’ school in the remotest part of Balochistan in Mand. Having educated his own daughters, he found the support he needed from his own house as at that time the girls in that part of the province were not allowed to leave home and go to school. His wife and daughters convinced families to send their daughters to school where initially the Jalal sisters taught all subjects themselves to about 500 students who came to school over a period of 10 years. The Jalal School is still in operation, with hundreds of Baloch women receiving quality education.
However, the fact of the matter remains that more needs to be done to elevate the Baloch women’s literacy rate to the desired level. For this, educational spending needs to be increased to fulfill commitments related to women’s education in the province. Efforts need to be made to develop sustainable solutions, including innovative models and expanding those models such as community-based classes in remote areas, schools for underprivileged communities, and schools for girls that combine education and work. For this purpose, it is vital to have reliable and accurate data about the state of female education, registration, attendance, etc., in the province. This will help tackle the situation by taking measures like schools having an active school management committee to identify and reach out-of-school children in the community that can then work with the respective families to convince them to send their children to school. This can also potentially help develop and implement a plan to increase access to alternative forms of education for girls and women who have been unable to study during their school-age years.
There is an urgent need to increase the number of educational institutions across the province along with provision of free or at least affordable transportation for students navigating challenging environments, or travelling long distances to get to school. This has to be done in addition to ensuring universal free primary and secondary education along with abolishing registration and examination fees in public schools as much as possible, and providing all necessary school supplies including notebooks, pens, pencils, etc. Options should also be explored to increase the number of school going girls from poor families through incentives like scholarships, food distribution or meal programs. Ensuring adequate qualification requirements are in place for teachers along with on-job training is also bound to go a long way in helping the situation, and where necessary financial incentives to encourage teachers, especially female teachers, should be provided so that they are willing to work in remote areas. Needless to say, all newly constructed schools should have boundary walls, safe and private toilets, and access to safe drinking water.
Education is vital for both men and women. Without educated women, no community can progress. Efforts should be made to alleviate the challenges faced by women in Balochistan. HH