Palwasha Bashir first stepped into the limelight after bringing home a bronze medal from SAF Games (South Asian Federation Games) back in 2010. Since then she has represented Pakistan in several competitions both at home and abroad. The rising badminton star, Ms Palwasha has several trophies to her name. She won gold medals in Pakistan International Series held in 2016 (women singles and doubles) and 2017 (women doubles). She bagged the women doubles title at the 42nd India Club UAE Open Badminton Championship, silver medals in Bahrain International Series (women doubles) in 2015 and Kenya International Series (women doubles) in 2020. In the following interview, the Women Doubles National Champion gives us an insight into her journey becoming Pakistan’s most celebrated female badminton player. 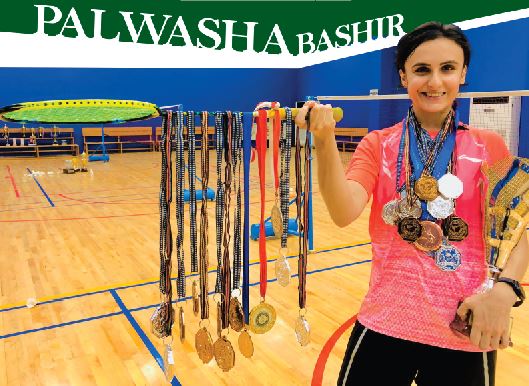 What motivated or inspired you want to become a professional badminton player?
I have always been a tomboy, even when I was young I remember copying my older brothers and following them wherever they went. I was into cricket and used to play cricket in the streets. I have always been into sports. If I were not a badminton player then I would still be an athlete — either a cricket player or a tennis player. When I grew a little older, my parents bought a membership at a local club where I started playing badminton. My parents always wanted me to choose an indoor sport and I developed an inclination towards badminton. With constant practice, I started getting better. I learned a lot from my seniors and coaches at the club. One day, my coach asked me to try out for the National Badminton Championship in Lahore. At the time, I represented Sindh and made my debut in mixed doubles; by the grace of Allah, I was able to bag the winner’s trophy.
I was a junior player and won against senior players; I never thought I would play so well but that is how my journey started. My parents supported and motivated me to pursue badminton as a career. With their support, I was able to discover my talent, which led to my success. After winning my first national game, I received encouragement from my friends and family, which further pushed me in pursuing my dream to become a professional badminton player.
Who is that one person who motivated you to excel in your career?
There are many people; my mother has played a significant role in pushing me to become who I am today. There were times when I wanted to give up but my mother gave me hope. My coach Iftikhar Hussain encouraged me to keep going. It is his support and his precious time that has allowed me to excel as a player. I would also like to mention Ms. Afshan Shakeel, former National Champion and one of my mentors, who has assisted me throughout my journey. 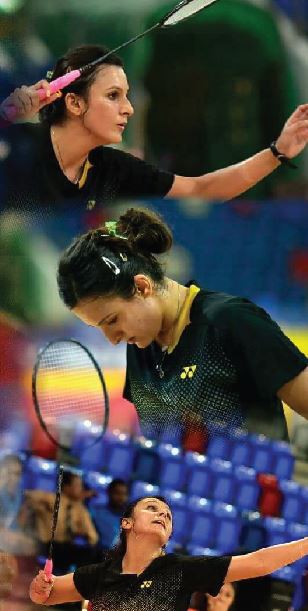 How do you maintain your work-life balance?
It was certainly difficult to maintain a balance when I was studying. I completed my O Levels from Convent of Jesus & Mary, A Levels from The Lyceum and BBA from Institute of Business Management (IoBM). Managing time was
a challenge but I was determined to bring laurels for my country and make Pakistan proud. My winning streak started in 2009 and I had a lot of responsibility on my shoulders so I made sure that I struck a balance between my training and school. I would like to thank everyone who has encouraged me in my journey to become successful; without their support, I would not have able been able to accomplish anything. My family, teachers, coaches and peers helped me find a way to maintain good grades as well as be at the top of my game.
Do you think that badminton lacks recognition in Pakistan?
Being a badminton player comes with its fair share of hiccups as far as recognition is concerned. I believe that we belong to a nation that loves cricket and the media is obviously inclined towards covering what the viewers like. I would also like to mention that the private sector is also predominantly interested in cricket; there is lack of sponsorship and investment in other sports. Hockey, tennis, table tennis, athletics, squash, badminton, etc., also need the same sort of investment because Pakistan has produced such amazing athletes in other sports as well, so I believe that equal recognition should be given to all. As far as badminton is concerned, there is a significant lack of appreciation by the media, private sector and private sponsors. If this changes then I believe more youngsters will pursue badminton as a career.
What has been the most difficult hurdle that you have had to overcome as a badminton champion?
The most difficult hurdle was dealing with the politics. At times you do not come across genuine people and that is the biggest obstacle. My parents always wanted me to learn through experience; they never pampered me. They always wanted me to be rough and tough, and fight my own battles. I believe that I fought all my battles with sincerity and Allah has been kind to me. He has always helped me and here I am, trying to win more titles and have overcome all my fears because I know that He is the best planner.
How do you plan to improve your world ranking?
I plan to win more titles at home and abroad with the help of my coach, mentors and family. I follow a rigorous training schedule to keep me on track. I train for six or seven hours a day, which includes the gym, badminton workouts, court workouts and running. 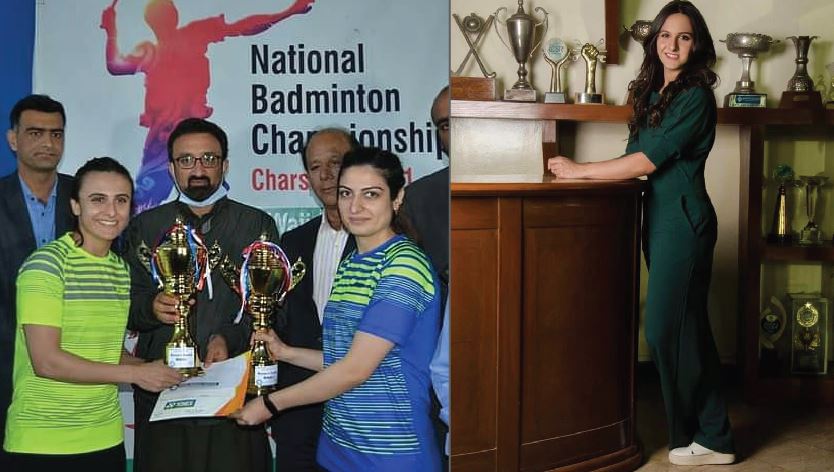 Do you think gender is a limiting factor in your sport?
I believe that men are tougher and this makes it easier for them to play against women. Men will always be twice as fast and twice as strong; this is something we females cannot change about ourselves. I have been training with men and this gives me an edge to perform better when I am playing with other females. I believe that we should not be discriminated against and both genders must treat each other with the same level of respect.
Share your favourite badminton memory with us.
That would be at the SAF Games in Dhaka. My biggest pride is hoisting my country’s flag up high when I bagged a bronze medal in the SAF Games.
What is your advice for young, aspiring athletes?
I plan to open my own academy where I can train youngsters, impart my knowledge and motivate them to be unstoppable. I would like to provide a platform, which unfortunately was missing when I was growing up because of the lack of infrastructure as well as coaches in Karachi. I also want to help them have a vision because many players lack a vision about what they want to do in life.
Remember to always believe in yourself and never give up. There will be many hurdles and the road will be bumpy but there is also victory at the end of it. Have faith in Allah. Allow your parents to be part of the journey because you can achieve wonders if your parents are by your side, so never upset them. God willing you will achieve success in all your endeavours. HH