Interview: Karishma Ali When the Going Gets Tough, the Tough Get Going!

Karishma Ali, an international football player from Chitral, with an unwavering passion, has set her eyes on a mission to change lives of the girls who dare to dream. She is the founder of Chitral Women’s Sports Club, as well as a member of National Youth Council. Her football team was the first women's team to represent Pakistan and participate in 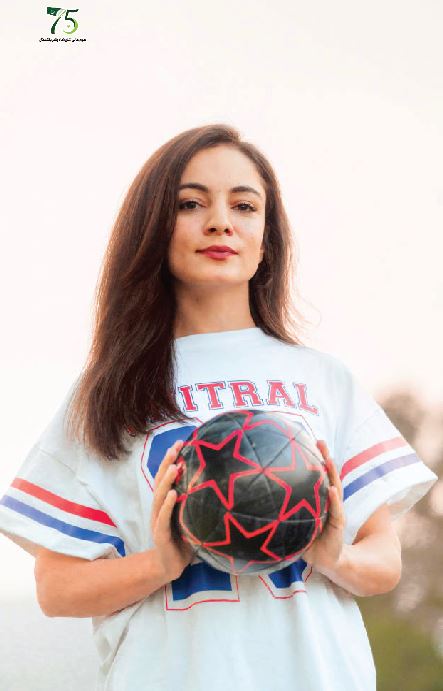 the Australian Football International Cup (AFL). Apart from being a UNICEF adolescent champion, Karishma was also listed in Forbes Asia 30 under 30 in 2019.
In conversation with Hilal for Her, Karishma reveals how she is trying to empower the girls of her native Chitral, in addition to sharing her journey with the readers.
What motivated you to pursue football as a career?
To be honest, I never really focused on whether I had the talent to play football or not. All I remember is that since I was nine years old, I have passionately loved the game. I truly felt empowered whenever I used to play football; this is what pushed me to continue playing.
You were bullied on social media for following your passion; how did you deal with the online trolling?
Online trolling definitely affected me mentally when I was younger. I used to be scared for myself and especially for my family that they might be harmed. Later on, I realized that the fear I endured during all that time had a positive effect on me as it only made me stronger. 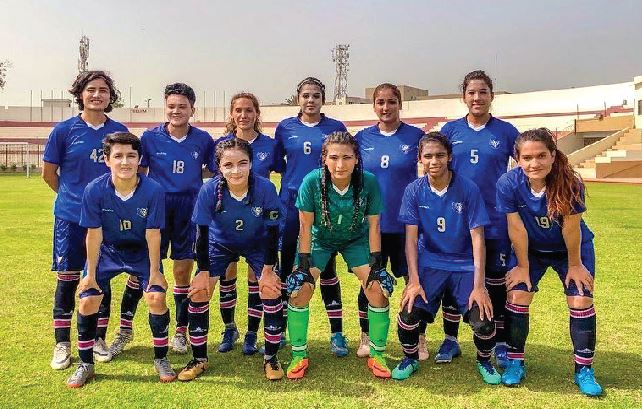 What kind of challenges did you face when you took up football?
I was trolled online and it got quite vicious but my family always stood by me and their support deterred much opposition. I was never discouraged by my family for being a girl who wanted to get into sports, but unfortunately, it is the belief and conservative mindset of the society I am living in who think this way about a girl pursuing a career in football. Fortunately, my family was not directly targeted or attacked as such, but my father used to receive calls from one of the community leaders asking him to stop me from organizing sports events for other girls. They did not want their girls to pursue a male-oriented activity because of our cultural barriers.
How did you feel when your team  Highlanders FC reached the quarter finals in the National Women’s Football Championship, but it was cancelled as FIFA suspended the Pakistan Football Federation?
My dreams were shattered at that moment. Some of the team members had left their jobs, others had missed out on their important classes and family events. Basically, every other girl had sacrificed something for the championship where, unfortunately, we could not even reach the finals.
It is disheartening that athletes have to struggle extensively every day in a country with one of the largest youth populations. The sports federations must and should leave their politics, rather they should hire some competent and experienced people in order to focus on the development and growth of their players.

Did the attitude and perception of people towards you change after you were named as one of Asia’s Forbes 30 under 30?
Yes, absolutely! Majority of people surely had a different attitude and behavior after this great news. I am certain that no one could have imagined that a girl from a small village in Chitral could actually make it to the Forbes under 30 list. It definitely changed the perception of people who used to believe that women or girls cannot accomplish exceptional feats in life.
Apart from a recognized national and international footballer, you are also known for your philanthropic qualities. We heard you donated one month's worth of rations to around 300 families during the pandemic. How do you accomplish your charitable goals?
I am fortunate to have parents who have instilled in me and my sister the trait of empathy since our childhood. We have always shared our blessings with the community. I only took initiative and was truly blessed to have so many wonderful people from around Pakistan as well as abroad, who came forward to make the distribution of ration possible. We also donated safety equipment to the local hospitals.

Now, I am happy to see that my sister has adopted this practice and earlier this year, she organized sessions on ‘community emergency response where she donated first-aid kits to the local youth.
You are constantly battling for gender equality and your summer camp has progressed into a sports club. What are your ambitions for the club in the coming years?
We are officially registered as an NGO, and it is indeed a commendable accomplishment that will further help us in keeping our other projects more sustainable. Currently, we are limited to Chitral only, but in the coming years we would strive hard to reach out to more girls and work in other parts of Pakistan. We also wish to collaborate with other organizations to enhance the importance of sports activities and emphasize on other healthy activities for the talented young girls of Pakistan. 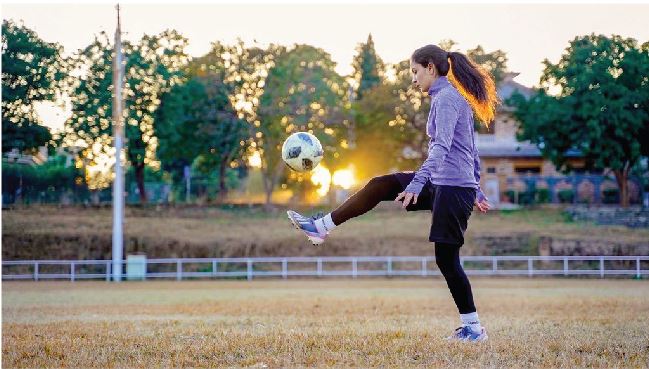 The girl from the mountains was lauded by the Duke and Duchess of Cambridge for setting up a handicraft center for women when they visited Pakistan; what were your sentiments over this acknowledgement?
Till date, I cannot actually believe that this really happened. It was an absolute honor and a moment of sheer pride for me, when the Duchess mentioned that they had heard a lot about me and my work. I was in a state of shock and was totally ecstatic at the same time. I also happened to spend some time talking to the Duke about football.
An Italian designer, Stella Jean, collaborated with your ‘Chitral Women’s Handicraft Centre’ for Milan Fashion Week, 2019, where you also walked the ramp; how did that come about?
I am a firm believer in making things happen. Even though, I knew it was a tough task to gather the artisans and check the quality control of the embroidery for accuracy and professionalism, I was determined to undertake the job and told Stella determinedly that I would certainly do it. I was aware of what it meant not just for the artisans and Chitral, but for Pakistan on the whole. I remember that I travelled five times between Islamabad and Chitral (a distance of 8 hours by road) during that month only to make sure everything went smoothly.
Where do you see yourself in five/ten years?
I hope that my work inspires more and more people to take the leap of faith. There is a lot that I wish to do personally as a player, but it all comes down to what opportunities we are provided with. Would we be allowed or qualify to play or not? Unquestionably, I want to represent my country more than anything.
With my NGO, I hope to provide opportunities and facilities to as many girls as possible. I hope, wish and pray that ten years from now I am mentioned in the success story of some girl saying that I gave them hope or I was somehow a small part of their great achievement and success
Many people give up on their dreams thinking there are no opportunities. The world is filled with opportunities but only for people who are ready to avail them. If a girl from a small village in Chitral can make it to the Forbes list, then what is stopping you from thinking you cannot achieve your dreams? It is only your mind that is stopping you and giving you second thoughts. Just for once, think the opposite and you will see amazing things happen in your life. HH