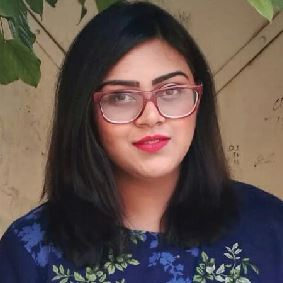 Do You Need Social Support for Work and Family Life Balance

My mother worked as a teacher and a broadcaster for nearly fifteen years but after my father’s death, she quit both jobs altogether because apparently, she lost her support system. Back then I did not understand her reasons but now, as I have entered the workforce myself, I agree with my mother’s perspective. Social support from family and friends is one of the key factors that help women achieve their goals and look for better career opportunities, while also managing their personal lives. However, in countries like Pakistan where the mass perception regarding working women is quite unwelcoming, women in the workforce not only get less social support but also end up with psychological problems as they constantly battle with balancing their professional and personal lives. This is because, as opposed to Pakistani men, Pakistani working women perform dual roles wherein they are both the breadwinners and the homemakers, which complicates their lives and puts an immense burden on them. Therefore, it is necessary to delineate the importance of work-life balance for Pakistani women on one hand and the significance of societal support for establishing and maintaining that balance on the other.
Historically, women have always played significant roles in the socioeconomic development of societies. However, as mankind progressed, the idea of the surplus was generated and a need to protect the surplus was felt. This resulted in two outcomes: first societies became patriarchal, and second, gender roles were defined. Hence, men were assigned the responsibility to work for and protect the surplus while women were tasked with the household responsibilities. These notions were later on challenged by the women, who felt a need to come into the workforce due to economic uncertainties. Although, women are quite successful in making space for themselves in the workforce, their responsibilities have largely increased as now they have to juggle between both work and their domestic lives. Hence, it would not be wrong to say that women are now expected to single-handedly manage their professional assignments along with their household responsibilities, simultaneously. While western women have sought solutions by raising consciousness regarding social support to maintain a work-life balance among their societies, Pakistani women are still struggling with it. The major cause behind this is the Pakistani sociocultural structure, where family and family values are given vital importance compelling the working women to prioritize their families over work.
To fully understand this debate, it is important to know what work-life balance is and why it is necessary. Work-life balance means the extent to which the employees feel satisfied in their respective professional and personal roles. However, to attain this satisfaction employees must strike a balance between their intellectual, emotional, spiritual, physical, and mental capabilities. Whenever this balance is disrupted due to the mismanagement of these capabilities, an individual’s work-life equilibrium would also face disruption. In other words, work-life balance indicates the extent to which individuals regulate their desires or ambitions in such a manner that they do not conflict with their family obligations. However, it is essential to note that this regulation does not take the time factor into account only. Rather, the work patterns are also considered whereby the employers and organizations provide flexible working patterns that enable the employees to fulfil their work and domestic responsibilities concurrently with maximum efficiency. Working remotely from home is one such example, where organizations give flexible working conditions to individuals who are unable to manage daily commutes to and from their workplace. 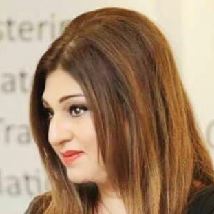 It is all about realizing that your mother, sister, daughter, wife or daughter-in-law is a human being who needs support in every way possible. Unfortunately, we have decades of patriarchal pressure and misogynistic attitudes that impair women from receiving proper care and support. In any family, success lies in realizing each member’s needs regardless of gender. Helping at home with tasks or watching the kids when the mother needs to recharge is most important. With the rising inflation rate, it is necessary to understand that a family cannot survive on the earning of a single individual. Fairness is the key to success, and when women find fewer stumbling blocks in their careers, it will make it easy to share in financial situations.
Shabnam Riaz (News Presenter at PTV)

Although the concept of work-life balance is equally applicable to both men and women, it is generally observed that women tend to grapple with the concept primarily because of the myriad roles that they have to fulfil. Working women face enormous pressures as they need to cope with two full-time jobs — one at work and the other at home. This pattern can be seen widely within the Pakistani context, wherein men are generally considered the breadwinners and their sole responsibility is to provide for their families. On the other hand, working women perform hybrid roles wherein they have work to provide for their families while also maintaining traditional roles of mothers, wives, sisters, and daughters. This constant struggle between these roles becomes both liberating as well as confining for Pakistani women; liberating because they get the opportunities to fulfil their professional ambitions and their desire to build their families, whereas confining because they have to fulfil both their ambitions and desires, shuffling back and forth between their roles repeatedly, which eventually exhausts them physically and mentally. Hence, it becomes necessary for working women in Pakistan to devise a work-life balance so that they may perform their roles without feeling confined.
To achieve a work-life balance, the most important thing is social support. In an article titled, Social Support as Moderator of Life Stress, the researcher defined social support as “the confidence that an individual has that, he or she is loved and valued and his or her wellbeing is cared about among a social network of shared relationships.” Social support refers to the emotional support, intellectual assistance and encouraging words that an individual requires from family, friends, co-workers, and bosses to work diligently and proficiently. Support from family and friends may come in the form of sharing the non-work burden, for instance, the spouse of a working lady helping her with house chores or the family members taking care of the minors. However, the support from co-workers and superiors includes practices and policies that help female colleagues in maintaining a balance between professional and personal lives. These practices include flexible and compressed working hours, sharing assignments, daycare centers and working from home. Moreover, the strict policies to keep workplace harassment in check also fosters a relaxed working environment where women feel safe and secure. 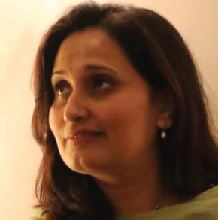 They say, it takes a village to raise a child. When a mother wears extra caps, the village needs to be more vigilant, and should be able to shoulder a bit more of her responsibilities. Traditionally, when women work outside of the house and combined family systems extend household support. So, working women are culturally accepted and supported. However, it’s the earning of woman that is considered to be problematic. Stay-at-home mother is a luxury in today’s inflation, but society needs to realize that not all men can afford to feed their families solely on their earning. It puts men in a lot of undue pressure too. So, a cultural shift regarding working women can help us save a lot of men.
Maria Faheem (Director at NUST)

Social support ensures the psychological health of all individuals as it helps them to understand that they are not alone and the important people in their lives are always there to back them up. In Pakistan, however, this criterion is rarely followed and the ones who suffer the most are women. Although, it would be unjust to negate the absence of social support in the case of Pakistani men — as they too suffer from the lack of social support from their families and peers — the ratio of less or no social support for men as compared to women is quite low. This is because while on one hand, the societal structure in Pakistan puts men in charge of earning a living, on the other hand, it does not expect them to maintain a work-life balance as they are not held accountable for household affairs. On the flip side, working women in Pakistan are expected to comply with their domestic roles along with their professional responsibilities. 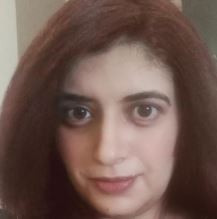 “As women become an ever-increasing and large part of the workforce in Pakistan, it is imperative to give them social support to enable them to maintain a balance between their home and work life, e.g., having daycare centers in or near work, or allowing them flexi-hours and work-from-home options on certain days. I waited to work until my children were school going and I was lucky that my boss let me work half a day as I wanted to leave at 1 pm. Working mothers learn to manage their time well and understand the true meaning of quality time. Their children also become independent and more responsible earlier than their peers. They learn to respect the fact that having an accomplished and fulfilled life is the equal prerogative of both genders.”
Talat Azam (Executive Director of Grapevine Consultants and Former Director of PR at Serena Hotels)

Their labour is usually considered secondary and their role as homemakers is given priority even though without their financial input, the household would suffer greatly. Besides this, working women in Pakistan constantly face derogatory remarks or uncooperative behavior from their husbands, families, or in-laws due to which they start suffering psychologically. Similarly, unhelpful attitudes at the workplace like strict compliance with timings, unavailability of daycare centers, low wages, harassment, and public transportation negatively impacts their personal lives. Hence, less or no social support from family coupled with the unaccommodating role of employers creates massive hurdles for working women. For instance, they become time bound, which stops them from attending their events, they find it hard to manage their work and look after their children, they work proactively but the taunting remarks from their families demotivate them. Moreover, this lack of social support often brings psychological challenges like extreme depression, insomnia and stress along with physical health conditions like hypertension, which puts the health of Pakistani working women at risk. 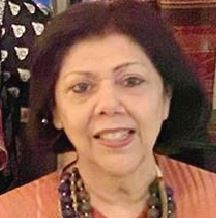 As a working woman, I feel that organizational support is quite important for women to maintain a work-life balance. While working in government sector and having served at different stations, I have noticed many obstacles that women face on a day-to-day basis. For instance, the absence of day care centers is a huge hurdle for women who do not have families to look after their children. Besides this, women get maternity leave, but they struggle during that time because their husbands are not entitled to paternity leave. However, the most important thing that bothers me is that women in both government as well as in private sector need to be the best version of themselves to come at par with their male colleagues who might be quite mediocre.
Aqsa Gharshin (Civil Servant)

In a nutshell, it can be concluded that while work-life balance is necessary for maintaining a healthy life, it is social support that helps in translating this balance to the fullest. Working women in Pakistan already have so much on their plate as they are always preoccupied with a tough routine; they constantly live a hybrid life where they keep juggling their work duties and their domestic responsibilities. Therefore, to ease their workload, their families, friends, workplace peers and supervisors must provide them with social support so that they may work efficiently and also live healthy lives. This will be beneficial for the employers and the immediate families of these women because social support will induce positivity in these women resulting in increased productivity in both domains. HH