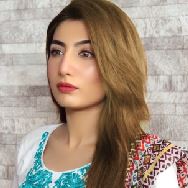 The people of Khyber Pakhtunkhwa (KP) have gone through a myriad of external and internal problems over time that has scraped down the standard of living in the province. The ongoing situation in ex-FATA and the counteraction of the situation in Afghanistan for the last three decades has disrupted life in KP. The destruction that occurred in the aftermath of 2005 earthquake, the influx of internally displaced people in the wake of antagonism in Swat in 2009, and the catastrophe caused by unusual floods in 2010 have not affected the strength of the people of KP. Despite all such incidents the natives of KP have shown themselves to be resilient and have welcomed such changes, which shape their economic and social structures of life. 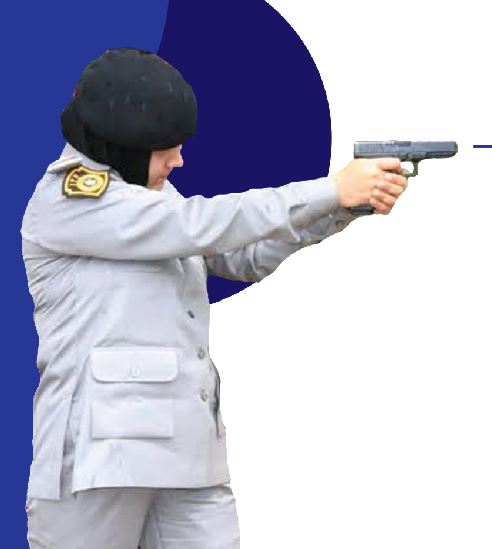 Similarly, the Khyber Pakhtunkhwa Police have set a trend in the history of the province by creating a new wing to establish uniformity towards gender equity by appointing Ayesha Gul as the first female Assistant Inspector General (AIG) Gender Equality. Credit of this huge development goes to Inspector General (IG) Police KP, Moazzam Jahan Ansari. The consideration for appointing the first female AIG was made soon after the IGP met a women officers’ delegation of the United Nations. A discussion took place to motivate and support more women to become part of the police force and work for the female community. The IGP further added that the police force is working on a mobile app to assist women in case of any trouble.
Ayesha Gul hails from district Swabi of KP. She became part of KP Police after fulfilling her responsibilities as a police officer in Islamabad Traffic Police. The newly appointed AIG received her early education from Peshawar and holds a degree in MSc Economics from the University of Peshawar. Initially, she worked for a year in the State Bank of Pakistan, but she felt that it was not her calling as working in the bank did not satisfy her so she felt that this job was not for her. Since her father was in the Air Force, the love for the uniform and forces was always there. Because of her attraction towards the uniform, she decided to take the Central Superior Services (CSS) exam. After successfully passing the CSS exam, she started her career as a police officer. She also underwent one-year special training for Frontier Constabulary (FC) where she worked as a District Officer. She trained with IGP Moazzam Jahan Ansari and praises his efforts towards women empowerment in the department. Ayesha Gul, while expressing her connection with the police force says that the police department is a suitable platform to keep in direct touch with public because the problem solving capacity of the institution is higher than that of other departments. 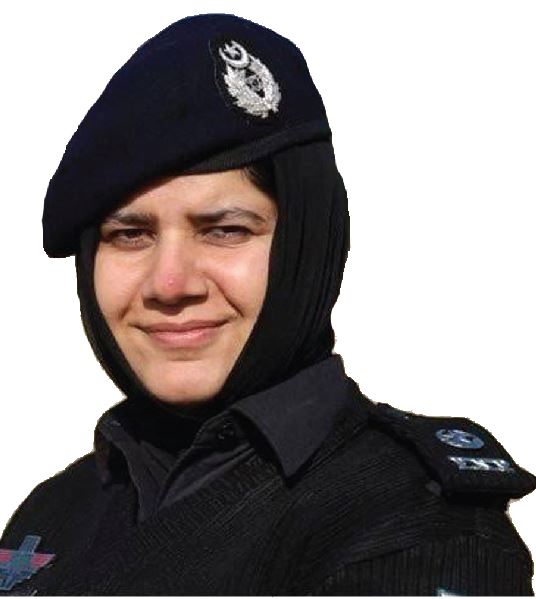 Ayesha Gul says, “I feel proud to be a part of KP police because the sacrifices of the police department in this province are higher than others. I have fulfilled my responsibilities in Islamabad police and I have been honoured with promotions in different police stations.” She added, “I had no idea about KP Police and I certainly did not know that the IGP is planning to make a new post. When my subordinates asked me about my preference for posting, I was completely blank. And then I met the IG. He said that I would not go to the district police. He asked me to work on women, children and transgender issues. It was such a moment of pride for me that I was chosen for the new post that was just created. I am blessed with his belief in me as I had previously worked with him in FC as a District Officer.”
AIG Ayesha Gul, while sharing her experience about the new post, said that the main purpose of creating this post is to ensure efficient implementation of Central Police Office (CPO) policy, district wise. This will resultantly improve the environment for women police officers in different districts to work on their respective district problems. According to her, the number of females in KP Police is very low, which is also admitted by the IG. “He directed me to go to schools, colleges, and universities and share my experience in police with the female students through seminars and remove this misperception that the police department is for men only,” she said.
She also shared that the police department is trying to restore the women police stations in Peshawar as soon as possible and is emphasizing establishing women police stations in other districts as well so that women could easily register their complaints without any hesitation. There is also a gender design in the CPO office, which will soon become fully functional. Its aim is to ensure that the female complainants are coordinated by female police officers as these issues could be better addressed by them.
Ayesha Gul also intends to take into confidence the women deployed in the Dispute Resolution Council (DRC) set up for solutions of local issues, so that women could find ways to solve social problems through DRC.
In KP, women police officers are defining new trends and culture in the police service. The profession has throughout been male-dominated, but female officers show that there is nothing to be scared of. Ayesha Gul is creating a space that will be considered a haven for the victims. She also said, “If anyone is going through any sort of violence and abuse, they should raise their voice and get their complaint registered so that their voice could be heard. Most people are afraid of sociocultural norms and the fear of stigmatisation because of which they bury their issues. Criminals can only be brought to justice if the issue is raised.”  She added, “As a police officer, I assure you that it is the policy of KP Police that all citizens are entitled to equal rights and the officers on duty will cooperate to the full extent. Also, we are planning to train police officers on how to handle and tackle high-profile cases.”

In November 2020, the Deputy Superintendent of Police (DSP) Aneela Naz became the first female traffic police officer of Peshawar. She has been executing her duties in traffic police by facilitating people about problems in driving licenses and spreading awareness on traffic rules and regulations. Earlier in January 2021, the first female District Police Officer (DPO) of KP was appointed. Sonia Shamroz was posted in Lower Chitral after completing her duties as the first female Principal of Mansehra Police Training Centre. In May 2021, Shazia Ishaq was appointed as the first woman police officer in the Malakand division. She passed CSS and said that her first priority was the Police Service of Pakistan (PSP) as it was her childhood dream.
The people of KP have acknowledged the necessity of having female police officers and have adapted towards the positive change. Women from remote areas are coming forward to become part of the security forces. The positive trend in the police force has increased the general potential of the department. The practice of hiring female officers is not new, however, appointing them at higher posts is. Different perspectives will deliver diverse, but best results. In KP female officers are perceived to make some recognisable positive influence on the community. They are breaking the stereotypes of gender-specific roles and professions and helping the people around them to seek justice, especially those from backward areas. However, to equalise the entire police system, females from all areas of KP are required to take advantage of their quota in competitive exams so that the gender gap can get balanced. Females like Ayesha Gul have gone through various odds and changed the face of this male-dominated profession. HH