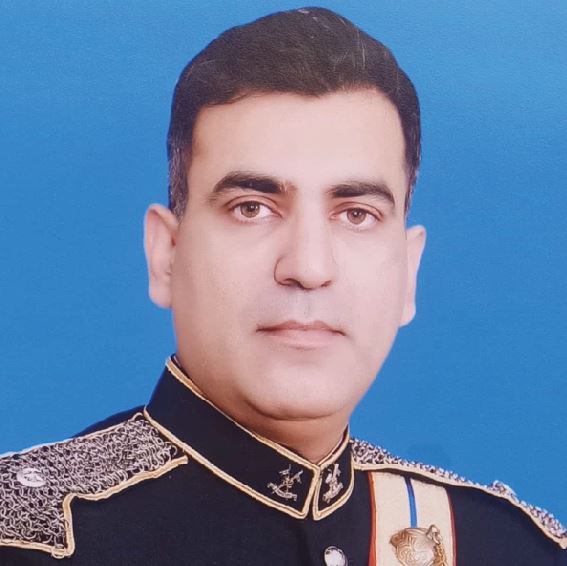 Pakistan is one of the blessed lands to have diverse tracts and terrains within a single country. It has all four seasons, the pleasures of which are accentuated by the diverse landscape encompassing the blue sea, barren desert, snow-covered peaks and green fields. It has a rich history, which has cradled old civilizations like Mohenjo-daro, Mehrgarh, Harappa and Taxila, along with a rich culture which derives its strength and folkways from the amalgamation of Turk, Arab, Persian, Afghan and even Greek influences. The best part about this land is not just the remains of old civilizations and beautiful landscapes but the ascribed mythology with these mesmerizing places. There are many hidden jewels in this beautiful country with captivating and thought-provoking mythology which needs to be unveiled and told. 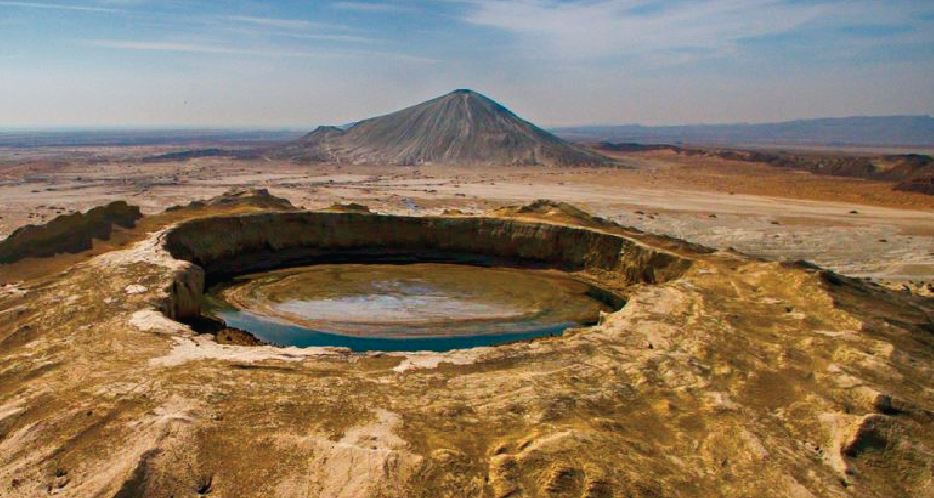 One of such sequestered jewels is the Chandragup mud volcano standing tall and prominent in the barren desert tract, whose vesuvius mud eruptions have preserved a mystic tale of a Hindu pujaree. The mud volcano is a 330 feet high mountain located 100 km from Uthal city near the village of Chandragup on the spellbinding Makran coastal belt of Balochistan. The site is a complex of three major mud volcanoes (Chandragup 1, Chandragup 2, Chandragup 3) and a number of smaller ones. It is visited by numerous Hindu devotees as part of their pilgrimage to the legendary Shri Hinglaj Mata Temple at Hingol. As per the legend, in ancient times there was a Hindu saint who travelled thousands of miles barefoot. His years long journey encompassed scorching hot days of summers to unceasing rains of monsoon, terribly cold winters of December to dusty wind storms. Amidst these odd seasons, he braved thirst and hunger but his perseverance and patience kept him moving. During this journey he came across hundreds of wards and cities where he interacted with thousands of people, preaching them brotherhood, fairplay and humility. His journey was a quest to make this world a better place where people would emulate kindness and forgiveness, one of the Godlike acts which humans can perform as well.
Finally, the saint reached the foothold of this majestic mountain. Impressed by the beauty and serenity of this place, he decided to stay there and continued his mission of preaching good values. Every day he used to climb the mountain and sit on the top from where he could see the vastness of the Creator’s creations, as far as his vision could go. While sitting on the top, he could feel the tranquil and soothing breeze hitting his face; every gust of this breeze would make him realize the Creator’s magnificent creativity and aesthetics, making him go into a trance. Years passed while preaching and praising the Creator, and he realized that despite his years of endeavors he had failed in his noble mission of making this world a better place. He was so disheartened by the prevalent deceit and injustice around him that he prayed to God to take him inside the coffer of this mountain. His prayers were answered, the earth shook and the mud volcano split open taking the saint inside. Even after thousands of years of him going inside the mud mountain, whenever he sees the prevailing deceit and injustice in the world he cries and his tears come out in the form of mud eruptions from the mountain. Today, many followers of Hindu religion follow the footprints of this saint and walk barefoot from Karachi to Chandragup mud volcano in an endeavor to imitate the saint’s journey. They spend a night at its foothill worshiping and then going to the top, praying and asking the Creator for the fulfillment of their desires. Some people come here to get shifa (cure) from diseases and many of them do get the cure from bodily ailments. But the true spirit of the journey lies in acquiring the cure and purification of the soul in pursuance with the mission of the crying saint.
Many people visit this place and take its erupted mud, some as a souvenir and some as a reminder to do noble deeds. There is one more use of this mud; it is believed to be a remedy for joint pains. People from far-flung places get it collected and apply it on their joints; minerals from the mud eruption get absorbed through the skin via osmosis and help in abating joint pain.
There is one more Hindu ritual ascribed with this mountain; people for the fulfillment of their wishes climb to the top of this mountain and sit beside the mouth of the mud volcano, praying to God to grant them their wishes. The prayers are followed by the ritual of throwing a coconut in the opening of the mud volcano. Interestingly, coconuts from the opening of the mountain go down through the channels within the mountain and come out in the open sea near the seaward posts of the Coast Guards, where they are enjoyed by the troops deployed for the protection of shores of Pakistan.