Students Pay Homage to the Martyrs of Helicopter Crash Incident 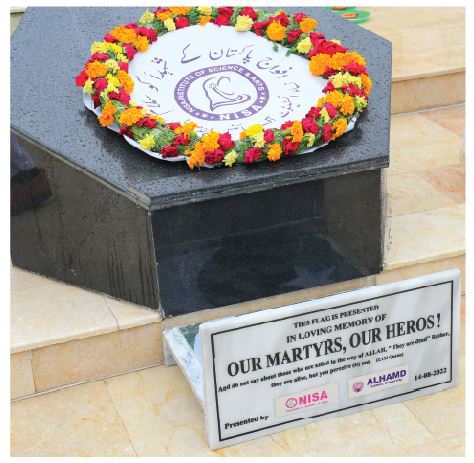 Female students of Institute of Science and Arts Alhamd Islamic University lit candles on the martyr’s memorial to pay homage to the martyrs on the occasion of 75th Independence Day. A solemn ceremony was held in Yadgar-e-Shuhada, Quetta Cantt to commemorate the martyrs in which the head of Institute of Science and Arts, Alhamd Islamic University, Professor Dr. Shakeel Roshan, Pro-Chancellor Urwa Javed, students and faculty members paid rich tribute to the martyrs. Fatiha (prayer) was offered and candles were lit in the memory of the martyrs who sacrificed their lives for the country. Professor Dr. Shakeel Roshan laid flowers on the martyrs’ memorial. The students paid their respects to the martyred Lieutenant General Sarfaraz Ali and others who were martyred along with him in the helicopter crash. 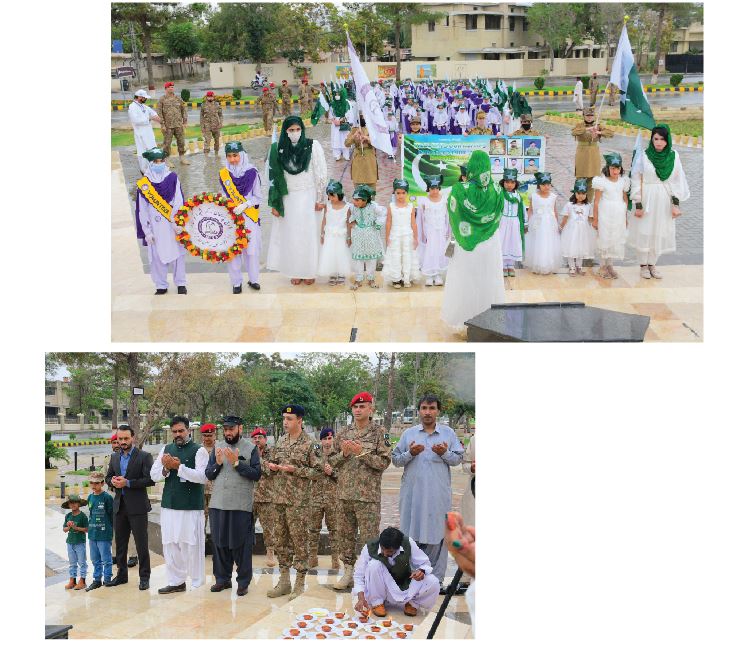 A special prayer was also offered for all the martyrs. While addressing the students, Commander Artillery Division, Brigadier Syed Muhammad Misbah-ul-Hassan said that the sacrifice of their loved ones will never be forgotten and the country will always remember the supreme sacrifice of those who laid down their lives to ensure the sanctity of the country.