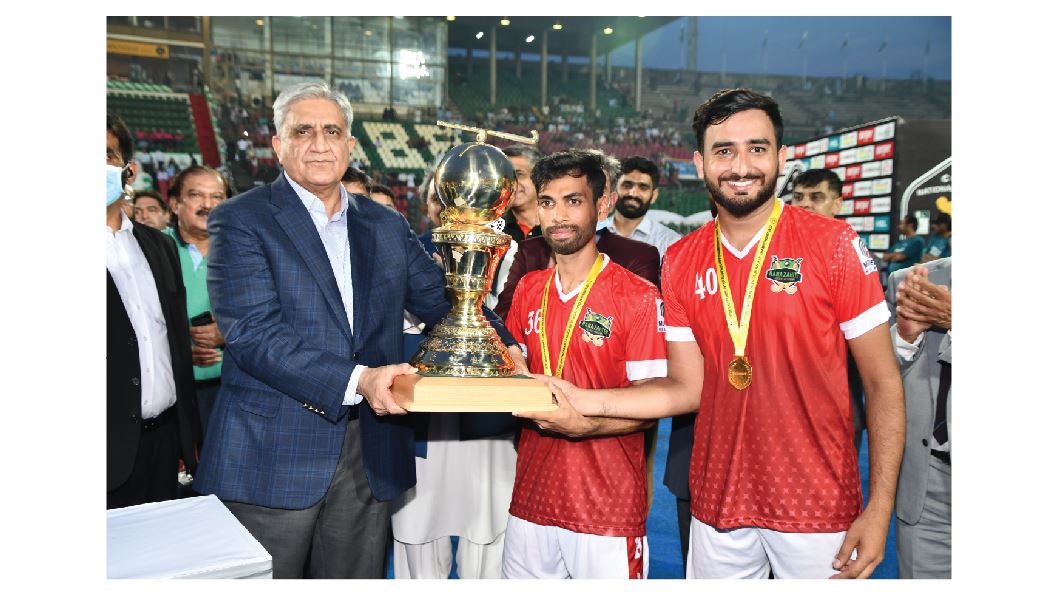 The final match was played between Rana Zaheer Hockey Club, Lahore and Youth Hockey Club, Malir Karachi, in which Rana Zaheer Hockey Club beat Youth Hockey Club after a thrilling contest. The chief guest, General Qamar Javed Bajwa awarded Champions Trophy to the winning team along with medals and cash prizes to the players of top three teams. Individual prizes to the best player of the winning team, best goalkeeper, most goal scoring player, defender and best forward player were also awarded. COAS also met representatives and players of the clubs from the remote areas of Pakistan to encourage revival of sports and talent hunt across Pakistan.
The championship started with 718 clubs, 72 districts and 28 divisions participating from all over the country contesting at four stages including district, divisional, provincial and finally concluded at the national level in Lahore. In the national level round, ten teams from all provinces went through sensational matches to earn the title.