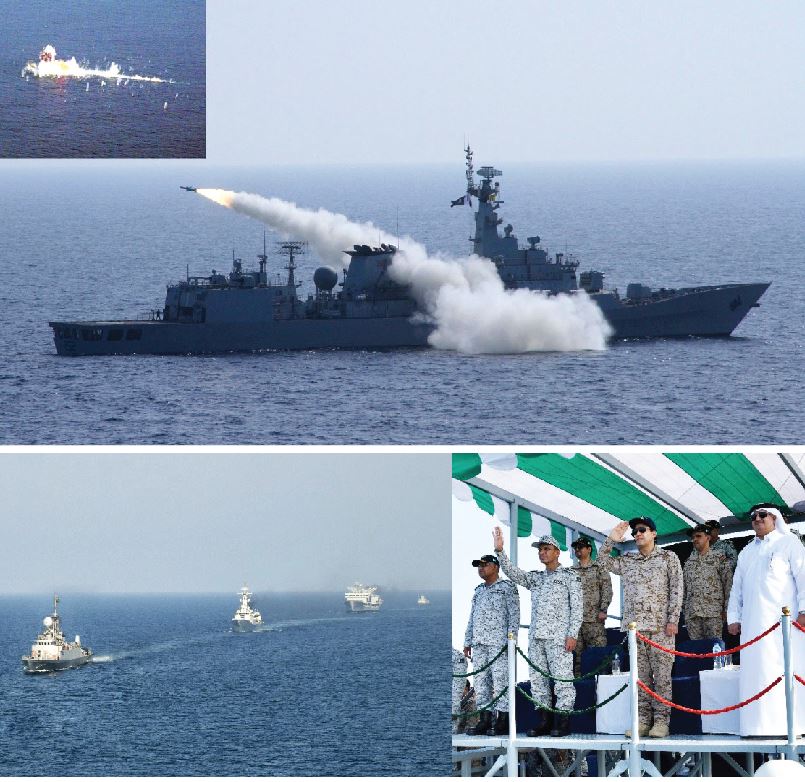 The maiden participation of Royal Saudi Air Force (RSAF) F-15 S/A in fire power display added a unique blend to the joint maritime operations conducted during the exercise. Exercise NAB-XIII comprised of practical demonstration of joint response to conventional threats at sea. During the live weapons firing, PN and RSNF ships and RSAF aircraft successfully engaged their respective targets. The aim of the exercise is to enhance interoperability and operational readiness among the armed forces of the participating countries to cater for a wide spectrum of naval warfare and maritime security operations.
Later, both the Chiefs reviewed the Joint Fleet Review of PN and RSNF ships at sea along with high ranking officials from both countries.
Exercise Naseem Al Bahr is a biennial operational exercise which, over two decades, has evolved as a manifestation of Pak-Saudi strategic relationship and mutual resolve to enhance cooperation in dealing with maritime threats.