All Pakistan National Ranking Badminton Championship, under the auspices of Pakistan Army and Pakistan Badminton Federation (PBF), concluded at Garrison Sports Club Bahawalpur.
Commander Bahawalpur Corps, Lieutenant General Khalid Zia, was the chief guest on the occasion where he gave away prizes to the winners. While addressing the concluding ceremony, he appreciated the efforts of Pakistan Army and PBF for their collaboration to promote such healthy sports activities. Further, he said that this tournament was an initiative to promote talent for less played games like badminton. This event would not only provide a chance to young players to display their talent for badminton but also highlight future players. This in turn would help revive the sports culture and go a long way in restoring the confidence of emerging young players. He also urged that such an event should be organized annually. 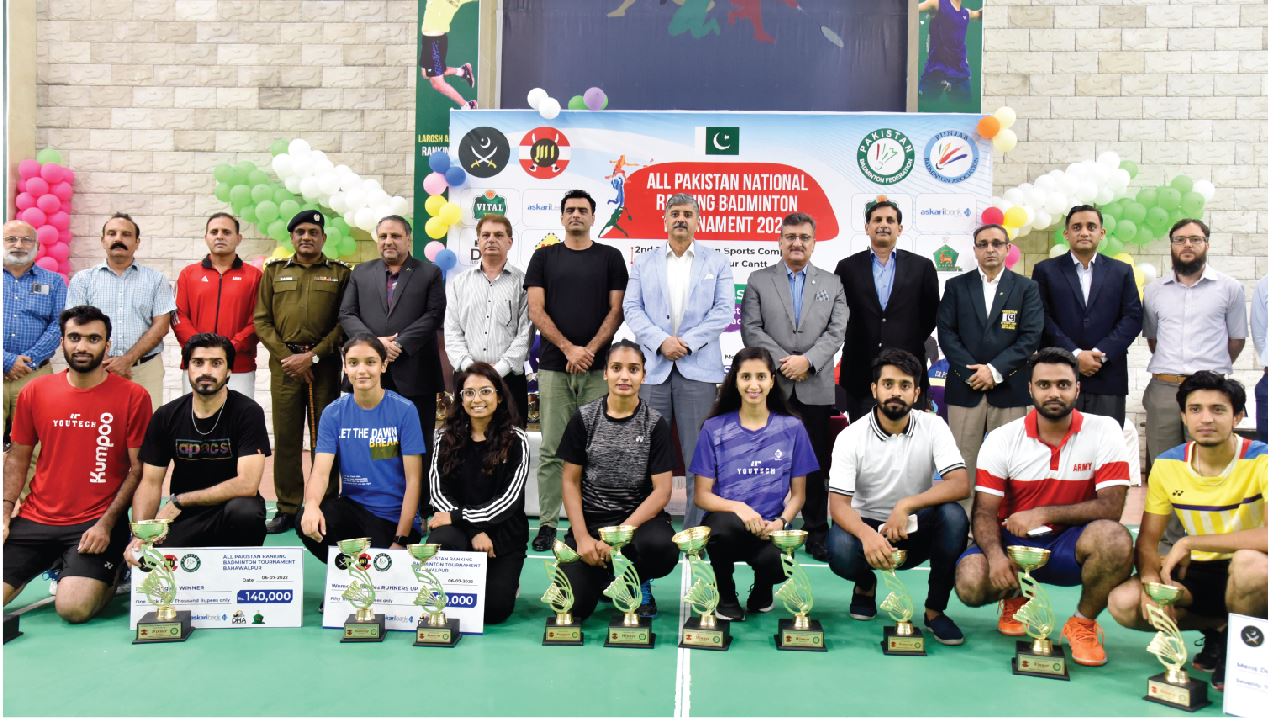 A total of 164 players (119 men and 45 women) and 12 officials from all over Pakistan including departments and provinces participated in the event. The event was divided into 4 categories, 4 rounds and 4 finals.
It was aimed at promoting Badminton at the grassroots level and to hunt the emerging talent from all over Pakistan. Amongst 4 categories, matches of Men's Doubles, Men's Singles, Women's Singles and Women's Doubles were played. The biggest cash prize of Rs. 1.5 million in the history of badminton tournament was awarded starting from the 1st round of the event. Apart from the matches, World Badminton Day was also celebrated on July 5 during the tournament.
Finals were played on July 6, 2022. In Men's Singles, Murad Ali (KP) beat Irfan Saeed (WAPDA). In Women's Singles, Mahoor Shahzad (WAPDA) beat Ghazala Siddique (WAPDA). In Men's Doubles, Raja Zulqarnain Haider (WAPDA) and Raja Muhammad Hasnain (ARMY) beat Abuzar Rasheed and Yasir Ali (HEC). In Women's Double, Mahoor Shahzad and Ghazala Siddique (WAPDA) beat Ammarah Ishtiaq and Rosheen Ijaz (Sindh).