1857 War of Independence Versus Technology

Every year, September 21 marks the day when East India Company (EIC) troops regained control of Delhi which had emerged as a psychological and physical center of the Sepoy Rebellion of May 10, 1857 (This conflict was given various names like mutiny and rebellion by the British, and War of Independence by most peoples of the subcontinent.  However, since initially only the native soldiers from British military units had rebelled, as at that time the officers were only British, therefore, many scholars have called it Sepoy Rebellion and Sepoy Army to the fighting soldiers to convey the strength, level and magnitude of this war for drawing correct military lessons). Though, technology had been critical earlier on but from mid-1850s its impact on the war effort was becoming predominant and phenomenal. Soldierly traits like courage and steadfastness kept on playing a pivotal role in every tactical battle but newly found technologies in communications, shipbuilding, gunnery, rifle making proved central if not catalyctic. Crimean Campaign (1854-56) is taken as the first war fought under the growing impact of Industrial Revolution, hence, 1857 War of Independence was bound to witness the impact of technology both in physical and psychological domains. 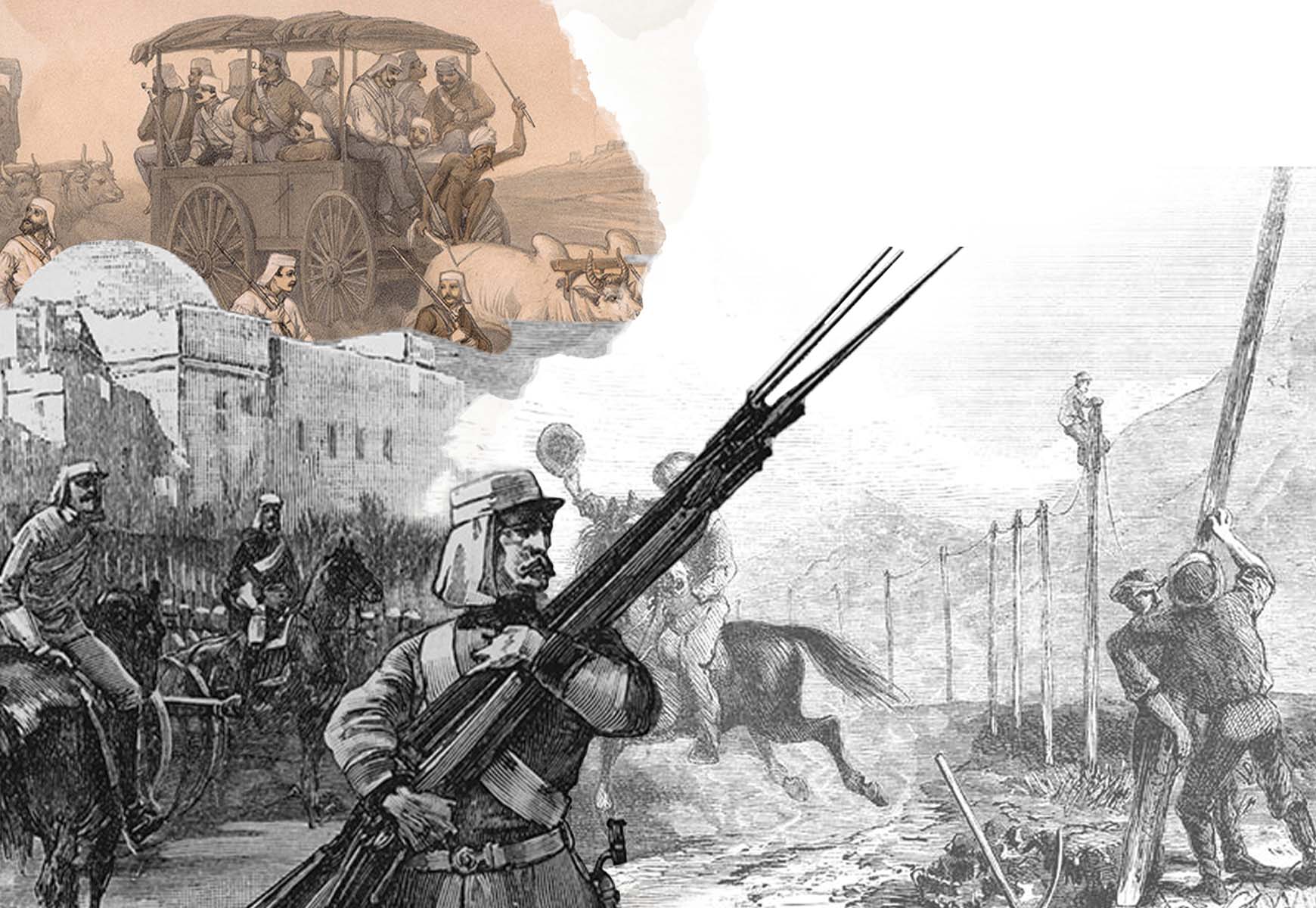