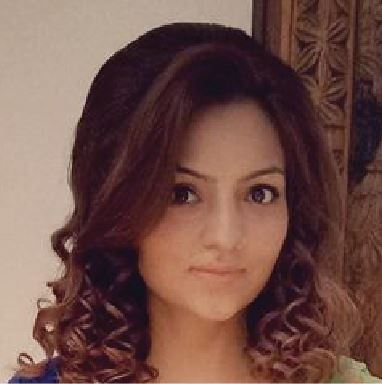 There are many types of workplace harassment and so are often misunderstood and misinterpreted. In general, harassment is a form of discrimination. It includes any unwanted physical or verbal behavior that offends or humiliates a person. Normally, harassment is a behavior that persists over time but serious one-time incidents are also sometimes considered harassment.

Workplace harassment is very common. Since, people have no idea what exactly work-place harassment is, what to do when they are being harassed and how to avoid situations like that while not affecting the work environment. The cases related to work place harassment are often ignored which causes the issue to remain.
Almost 95% of employees trivialize such experiences in Pakistan, because people do not recognize their experience as harassment of any category, it becomes normal or unimportant for them to deal with the matter.
The Federal Ombudsman for Protection against Harassment of Women at Workplace has registered some 400 cases during the last four years. The ratio of the cases has declined since the time the law has been enforced and penalties and punishments ensured.
Any individual, who believes that her or his employment rights have been compromised somehow, may file a charge of discrimination. However, before going into legal process, victims should make an effort to resolve the situation internally, either to approach the person directly and warn him/her or approach the supervisor for further assistance. In cases where the perpetrator is your supervisor or if you are uncomfortable approaching her/him, the victim can contact either the Human Resource department or supervisor's boss and request redress. In addition, many organizations have designated an Equal Employment Opportunity Commission (EEO) or workplace complaint officer, specializing in these issues who can be contacted for a confidential consultation.
In 2010, Pakistan passed the Protection against Harassment of Women at Workplace Act to provide legal protection to women at work.
It expounds harassment as an act in which an individual, “conducts sexual advances, or demands sexual favours or uses verbal or non-verbal communication or physical conduct of a sexual nature which intends to annoy, insult, intimidate or threaten the other person or commits such acts at the premises of workplace, or makes submission to such conduct either explicitly or implicitly a term or condition of an individual's employment, or makes submission to or rejection of such conduct by an individual a basis for employment decision affecting such individual, or retaliates because of rejection of such behaviour, or conducts such behaviour with the intention of unreasonably interfering with an individual's work performance or creating an intimidating, hostile or offensive working environment.”
A female employee who has been harassed at workplace may:
•    Submit a written complaint to a member(s) of the Inquiry Committee identifying the harasser and describing the harassing incident(s)
•    Lodge a formal complaint directly to the Office of the Ombudsperson who shall conduct an inquiry into the matter in accordance with the rules formed under the Harassment Act
•    If not, the complainant may file a petition against the employer for not complying with the requisite procedures under the Harassment Act in a district courts If convicted under the Harassment Act, minor penalties include:
•    censure
•    withholding (for a specific period) promotion or increment
•    recovery of the compensation payable to the complainant from pay or any other source of the accused
Major penalties include:
•    reduction to a lower post
•    compulsory retirement
•    removal from service
•    dismissal from service
•    fine.
On August 11, 2016, Pakistan's lower house of Parliament, the National Assembly, passed the Prevention of Electronic Crimes Act. While some of its features remain controversial due to their perceived overreach, the law, for the first time, dealt with online harassment. According to it, harassment on the internet is when:
•    a person who commits the offence of cyber stalking, with the intent to coerce or intimidate or harass any person, uses [electronic] means of communication
•    a person contacts or attempts to contact such person to foster personal interaction repeatedly despite a clear indication of disinterest by such person
•    takes a photograph or makes a video of any person and displays or distributes it without his consent in a manner that harms a person
Any individual who believes that his or her employment rights have been violated may file a charge of discrimination either through submitting an application to the Pakistan Telecommunication Authority (PTA) for removal, destruction of information instead of going to the court, or filing online via the Federal Investigation Agency (FIA) that has an online complaint mechanism as well as a helpline (9911).
A male or female perpetrator of cyber-stalking shall be liable to:
•    imprisonment for a term which may extend up to three years, OR
•    with fine which may extend to Rs. 1 million, OR
•    both.
Harassment exists, everywhere but there are organizations that deal with it reasonably and do not put the repute of a company on stake in the process. The better way is to admit the existence of this curse and only then solutions can be come up with. A woman cannot be stopped from going out, getting employed, progressing and outshining others, so the best way for her is to get aware of her rights and face challenges in her stride. Awareness, reporting and standing up for oneself is never a bad choice. HH