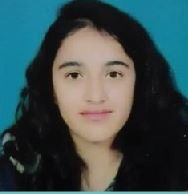 To the outside world’s myopic view, Pakistan is a country where women in general stay at home or can only leave the confinement of their four walls when they are fully shrouded. The conservative way of dressing is a choice for many women but it is not the reality for all women in Pakistan. Gender equality may seem to be compromised to the outsiders and may not seem to be at par with western standards but considerable progress has been made as compared to where we were as a society at Independence. Women have taken great strides in new and diverse fields but their roles are not highlighted enough by the Pakistani or international media. Successful career-orientated women’s accomplishments have generally been overlooked. Stories about women usually revolve around domestic issues or being objectified in the entertainment industry. Because of this stereotype, people and women in general believe what they are shown on the media with regards to women in the work force.
The portrayal of women in media borders on disinformation because it is rare that women are seen in strong roles fighting for their rights, who can raise a voice for the downtrodden, do something to improve their lot or just be themselves. If any woman wants to look for inspiration in Pakistan in terms of making it big, they might not find real data, although women make up almost 50% of Pakistan’s workforce. The fact remains, that there are many inspirational women who have broken stereotypes to achieve remarkable success in their respective fields. There is no shortage of competent and skilled women who can provide their expertise in a variety of fields.
Being a student of Gender Studies, even I had never heard of these inspirational women as often as I should have, which is just a testament to the priorities set by our media. What an actress wore or why a woman ran away in a village are more sensational and thrilling pieces of news than highlighting the accomplishments of the women I am about to mention. 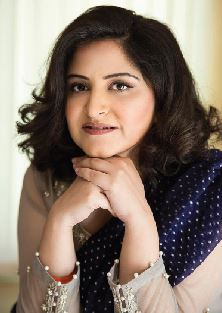 Maria Umar used to teach in a private school before she was fired for expecting a baby because the school did not have any maternity policy. That turned out to be a blessing in disguise for her. When she was forced to sit at home, she discovered that online work was an easy way for women to earn who are unable to get permission or were discouraged from going outside for work. Initially, it was hard for her to convince her family that her work was not just a way to kill time but was genuine work. To create more awareness about online freelance work she created Women’s Digital League with the aim of providing digital literacy training and work to Pakistani women, according to the organization Global Thinkers Mentors. She has been running this enterprise for almost nine years and it brings freelance work to those women who join her company. This way even if women have mobility issues, they can earn money without being time bound. She has been applauded and profiled by Google Pakistan as successfully showcasing innovation in the use of technology. Her story has been covered extensively by international media outlets such as Forbes and CNBC. Maria tries to encourage more girls to choose STEM fields. 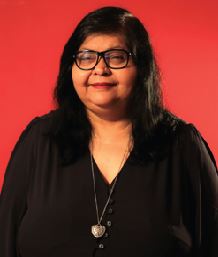 Jehan Ara was raised in Hong Kong. She and her family moved back to Pakistan in the 1990s. As soon as she returned, she partnered up with a friend to set up a multimedia company. After paperwork was done, she met a lot of high-level executives from companies such as IBM. In the initial phases, her idea could not generate a lot of interest due to a lack of internet connectivity in Pakistan but eventually she was able to secure enough clients. Jehan Ara is a very renowned name in Pakistan’s tech industry. Alongside this she is also the President of Pakistan Software Houses Association, which promotes technology-based initiatives and is an avid advocate for cyber freedom and net neutrality. 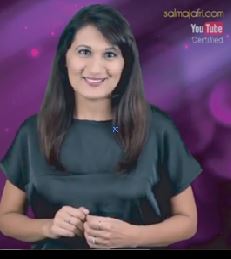 Salma Jafri manages a remote team from her own home while also running her marketing firm WorldPL.net, which she founded in 2008. Her list of accomplishments also includes working with Fortune 100 companies as a service provider. Her tech product, which is a content repurposing tool for marketing, made it to the quarterfinals of an international start-up competition arranged by the GIST Initiative in collaboration with the US Department of State.
Nida Farid is an aerospace engineer who is best known for her project, Karachi Energy Conservation Awareness – Small Tricks for Large Savings. Through this project, she aims to cut down on the amount of energy consumed in affluent neighborhoods in Karachi. According 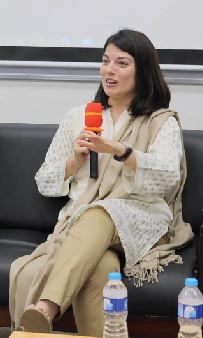 to Nida, these neighborhoods account for 70% of all energy consumption in the city. She conducts awareness campaigns about how to use energy efficiently which can result in energy preservation.

These are just a few examples of women who have struggled and worked hard to achieve the level of success they enjoy today. Their contribution to the economy of Pakistan cannot be taken lightly. Whether it’s creating jobs and engaging women, providing opportunities for education or initiating their own business concerns, these women have made sure that by working in such diverse fields they have not only empowered themselves but other women as well who have probably faced even greater hurdles in their lives. Since media does not focus on such great stories, it inadvertently creates disinformation, which leads women to believe that they will be unable to break the barriers of gender inequality. The women mentioned here and so many other women just like them have shown that if the effort, dedication and passion is there, anything can be achieved. HH