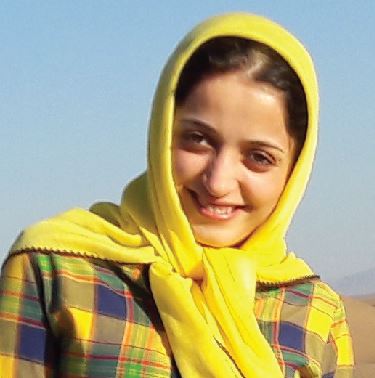 Excitement for my upcoming trip to Pakistan  the main reason for my sleeplessness. I  checked my passport and Pakistani VISA again and again, every day and night, to believe that travelling to Pakistan was becoming a reality. 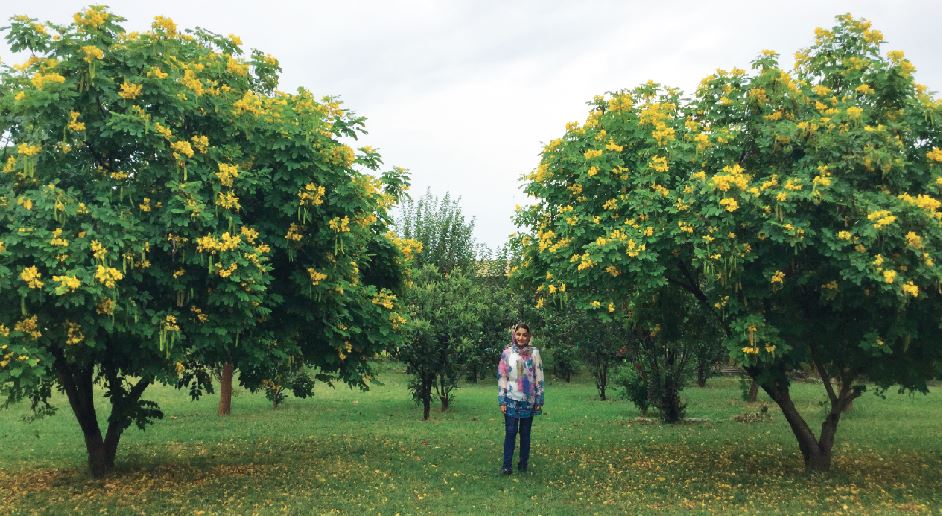 When I talked to my family and friends about my excitement for the Pakistan trip, they thought I was insane as I had travelled to the northern Europe, central Europe, Azerbaijan, Turkey and Georgia but had never been so excited as I was for my trip to Pakistan. According to them I should have been worried about it instead!
The days before my trip to Pakistan were spent with my Father as he meted out bundles of advice to me: “Don’t go outside alone, at night especially, in case a terror group finds you,” and many other. 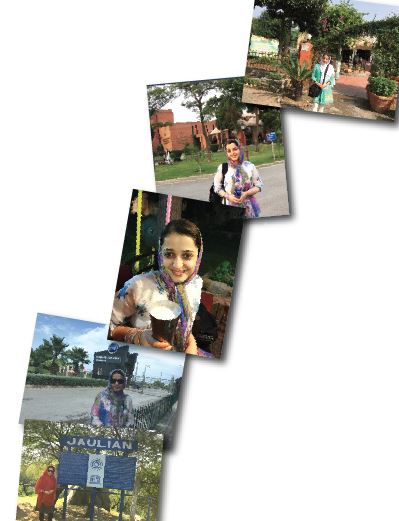 I listened to all the advice and just kept smiling as it was his right to be worried because all the information my family, friends and country fellow have about Pakistan can be summarized in a few words: a barren, hot and dusty land, engaged in armed conflict and security issues, tribal wars and Taliban, etc.

I also thought the same for many years of my life until I came to know my senior at university, a Pakistani PhD scholar at Ferdowsi University of Mashhad, Dr. Muhammad Irfan Maqsood. He gave me a brochure about Pakistan and I was just awestruck to see some information. How is it possible that a third world country has produced four Nobel laureates, one of the most professional and highly advanced military and is a nuclear state? From that time on, Pakistan became a question for me to be answered and a land to be explored and visited.
On the day of my departure, I checked my wristwatch frequently because I wanted to be on time as I couldn’t wait to land in Pakistan. I looked at my to-do list when I arrived in Pakistan. It took months for me to prepare this list as I spent countless number of hours on the internet gathering information about Pakistan. I came to know about the untouched natural beauty of Pakistan, reasons for its stabilized and growing economy, and increased number of foreign tourists and investors in Pakistan.
I was a PhD scholar and Pakistan was not just a tourist destination for me but a scientific and technological destination as well. It was interesting for me that Pakistani universities and research institutes are highly ranked and top qualitatively in the Asian continent.
My perception became true, regarding science and technology in Pakistan, when I heard Dr. Muhammad Usman Rashid from Shaukat Khanum Cancer Hospital, Lahore, at a cancer symposium in Mashhad. I am sure, not just me, but everyone who was attending the conference accepted that the standard of this lecture was, on the basis of it being informative and qualitative, as high as that presented by top American and European researchers. And then I wondered how a charity hospital can provide such qualitative research in Pakistan. That was the final straw and it helped make the big decision to visit Pakistan and explore the natural and scientific and technological potential of Pakistan.
On the day of my departure from Iran, The Iranian immigration officer asked me what my profession was. He became confused and asked again why I was going to Pakistan. I told him that I was travelling to participate in Entrepreneurs Show 2019 at COMSATS University Islamabad, and to visit Pakistani universities. He looked at me with surprised eyes as if I was crazy to be going to Pakistan for a start-up event.
When I was flying over the Punjab province, I saw from the aeroplane window that it was green with rivers and canals like big blue veins of a giant. I was reminded of the words of my friend that how visiting a barren land and a backward country could be enjoyable!
Finally, my wait ended and I arrived at Allama Iqbal International Airport, Lahore. Initially, I was stressed about the security situation and warnings of my Iranian friends, but it turned out to be one of the most memorable arrivals of all my trips; immigration officials were so calm and friendly, everything was very orderly, and I was fascinated by ladies wearing colourful dresses at the airport shops.
My arrival in a strange country was so pleasant that I can’t explain in words. During my three-day stay in Lahore, I had wonderful experiences like having the tasty local cuisine at the Food Street, tour of the historical Minar-e-Pakistan, Lahore Fort, Badshahi Masjid and the tomb of Sir Iqbal (Iqbal Lahori is the Iranian name of Dr. Muhammad Iqbal and most of Iranians think he is an Iranian poet!) and the unforgettable Chaman Ice cream on Mall Road Lahore.
Another interesting thing for me was everything that was in order, clean and well developed. I was reminded of the words of my father many times when I was travelling on the streets of Lahore Cantonment, “If you see army personnel anywhere, just get away from them, it may not be secure.” I wish my dad was there with me to see how Pakistan Army is loved by people and how it contributes in the development of the country.
During my stay in Lahore, I had another chance to meet Dr. Muhammad Usman Rashid at Shaukat Khanum Cancer Hospital. I visited their labs and met his team members. I was amazed to see many students, especially girls, when I was in University of Lahore and University of The Punjab. I can’t explain how bad it feels to hear that in Pakistan, women are deprived of education when you see such a large number of female students in universities.
After a three-day stay, I left for Islamabad and was very happy to see the Motorways of Pakistan. The thing that struck me while travelling on the Motorway, which is rare to see in Europe and other countries, is smooth and curving roads between lush green fields and mountains enroute Islamabad. Same was the experience when travelling from Islamabad to Murree via Murree Expressway.
I can’t forget my entrance into Islamabad as I had read that it is the second most beautiful capital of the world. There is a Persian proverb,
meaning ‘what I saw was the same as what I had heard’: a lush green, clean, traffic free, pollution free, and a city with very high class management. The media’s perception about ongoing war in Pakistan, especially in Islamabad, sounds like a joke when someone travels to this beautiful country.
I was very lucky to get a reservation at Quaid-i-Azam University’s guest house. It is the top university of Pakistan and the beauty of this university is unmatched. You wake up with sounds of birds and can walk around the university peacefully.

I had read that the highest cited researchers in Islamic world are from Quaid-i-Azam University and it made me very curious to see this university and to meet with the researchers who are publishing articles in international journals. As I am a Molecular Biologist, it was a very good experience to meet with the researchers at National Centre of Bioinformatics and meet Dr. Sajid Rashid (the chairman of the Centre).
COMSATS University Islamabad, was another university that assured me about the scientific and technological development of Pakistan. A very interesting and curious scientific centre for me was the Jaulian University, the world’s first university, located in Taxila. One of the most memorable things for me is the respect as a researcher given to me by Pakistani researchers and academics as they know the real importance of knowledge.
At the end of my three-week trip to Pakistan, I wished I had visited Pakistan not in my last year of PhD but in my first, so that I could find contacts there and spend my sabbatical at Quaid-i-Azam University because before travelling to Pakistan I had always dreamed of spending my sabbatical duration in Europe.
Now I am back in Iran but I miss my stay in Pakistan and I wish I could be the academic ambassador of Pakistan and tell the world how strong and advanced Pakistani scientific and technological ecosystem is! HH

The writer is an Iranian traveller, researcher and entrepreneur.
E-mail:[email protected]