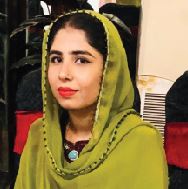 Miri Kalat — The Fort of Punnu

Miri Kalat, also known as Punnu Fort, is located west of Turbat Kech. The available literature shows that Miri Kalat can be dated back to 5000 BC. There is not much historical data available on the fort, however, folk stories reveal that the fort was constructed with three types of different blocks, which adds to its beauty. Miri Kalat is the second oldest fort other than the Neolithic site of Mehrgarh dated 7000 BC to 3000 BC. The fort is 80 feet high and consists of four floors (char tabak); the ground floor (jahali tabak) was reserved for the army and it has about 200 rooms. The first floor (dohmi tabak) was kept for the policymakers, the second floor (sehmi tabak) was used to store groceries and weaponry, the last floor (charumi tabak) was the king’s residence. It is also rumoured that the king of Miri Kalat had a large number of workers, as during the construction of Miri Kalat stones were passed one-by-one from Koh-e-Murad to Miri, the distance between which is 25 kilometers. 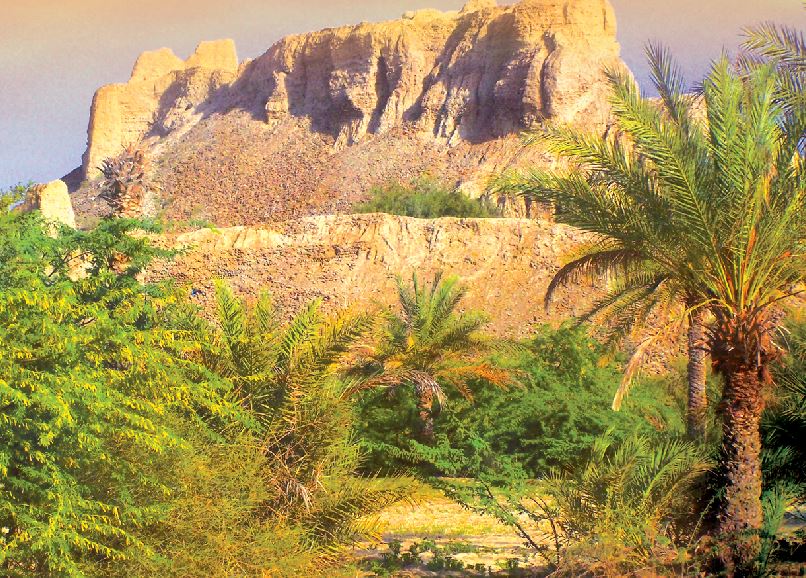 Several kings from different tribes ruled over Miri Kalat. The first king was from Hoth tribe — the tribe that ruled for nine generations. Some other tribes, which governed over Miri Kalat were the King of Kulanch and the King of Gichki tribes.
Many archaeologists from around the world are interested in learning about the fort’s history. They have found ceramics with characteristics more similar to the Iranian Plateau ceramics than those found in other parts of Pakistan. Ceramics like Miri have also been found in the Bampur Valley.
The Kerman and Miri wares’ allocations appear to display that in the first half of the 4th century BC two major ceramic traditions governed the south-eastern regions of the Iranian Plateau, the previous being dispersed and manufactured in Kerman and the Bampur Valley. A some pottery such as brownish light red and grey wares, or different shapes and identical adornments were colored, wide globular jars and bowls in thicker glass, decorated with paints and ridges were of good quality and were discovered in Miri Kalat.
Archaeologists have discovered sea-shell objects and fish bones at Miri Kalat that indicated that the people there either imported or exchanged food, with the seafood from Oman. Archaeological artifacts found on the site’s surface reveal that it might have been inhabited for a number of years. 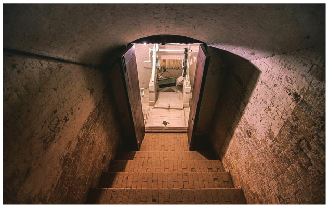 Makran, the site of Miri Kalat, was center of trade at that time and dominated the upland trade. Numerous refined metal minerals, such as copper, bronze, silver, gold and lead, were carried from neighboring areas to the cities. Even inland, to sites in the Indus plain and as far north as Shortugai were carried both raw and sub-processed sea food, dried fish, as well as other sea tools.
Miri Kalat Fort is also linked with the famous folk tale of Sassi and Punnu. Punnu (Mir Dostein Hoth) was the son of Mir Aalii, who was the son of King Mir Hoth Khan (the king of Miri Kalat). Hoth were known for their exemplary leadership. Sassi was the daughter of Raja Dilu Rai, king of Bhambore (city of Sindh). At the time of her birth, a fortuneteller predicted that she would bring disgrace to the kingdom by marrying a Muslim boy. Considering this a threat, the Raja and Rani decided to put her in a wooden box and sent it down the Indus River where a laundryman found her. The laundryman considered the baby a blessing of God as he didn’t have any children of his own. From a very young age Sassi used to help her father. Sassi had an angelic beauty about her, the tales of which had spread from Bhambore to Kech. When Pannu heard about the famed beauty of Sassi, he became eager to see her. He went to Bhambore, to Sassi’s village, where he could witness her beauty himself. He decided to give his clothes to Sassi’s father. When the prince of Kech met Sassi they fell in love at first sight and decided to marry her. Sassi’s father refused the proposal initially but eventually, the laundryman agreed to marry his daughter to Punnu. The news of Punnu’s marriage reached his father who was shocked by his son’s decision, and refused to accept the marriage of a prine to a laundryman’s daughter.
He sent Punnu’s brothers to Bhambore to convince him that it would be against their family’s honor for him to marry a laundryman’s daughter. Punnu didn’t see eye to eye with his brothers. When they failed to convince him, they plotted a devious plan against him. They pretended to be happy with their brother’s decision and decided to have a celebration in his honour. They gave different types of wines to Punnu and when he passed out they took him to Kech. The next morning when Sassi learned that Pannu’s brothers had taken him to Kech, she ran barefooted towards Kech, screaming, “Parche shuthay to gu bratha Pannu? Beashkun mani paryada! Parcha shuma chu tenz rawanay? Pustha kase pedak en nazanay? Mahre shumay lang batha Parche shuthay gu bratha?” Which translates to: Pannu, why did you go with your brothers? Listen to my screams! Why are you going so fast? Don’t you know someone is coming after you? The legs of your camels should get injured. O, my love why did you go? 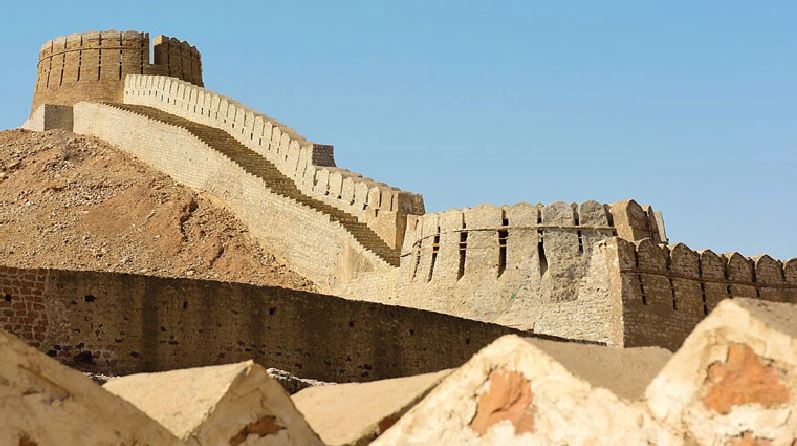 Sassi kept going as her feet bled but her tongue didn’t stop calling out Punnu’s name. On the way, she saw a shepherd and asked him whether he had seen Punnu. The shepherd couldn’t control his lust and tried to rape her. She asked God to open the ground and save her from the shepherd. As a result of her prayer the ground opened and Sassi got buried in it.
When Punnu realized that he was in Kech, no one could stop him from going back to Bhambore, he ran towards Bhambore calling out Sassi’s name all the way. When he was passing through the shepherd’s village, Punnu was stopped by the shepherd who realized who Punnu was because he called out Sassi’s name. The shepherd told him about what had happened to Sassi. Punnu couldn’t bear the pain of losing Sassi and prayed to God to open the ground and bury him alongside her. The prayers of a true lover were heard and the ground opened up and swallowed him like it did Sassi. The tragic end of the love story of Sassi and Punnu makes Miri Kalat famous.
Miri Kalat is well-known because it has one of the oldest cultures of Balochistan. It showcases Balochi civilization and how it had dominance over a huge area of trade in the Indus Plains. The popular story of Sassi and Punnu, which has a great influence on the Balochi literature due to its poetic language and the resistance of a Mir (prince) is the symbol of Miri Kalat.