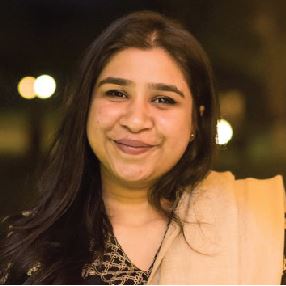 As Pakistanis, we appreciate diversity, for we have been abundantly bestowed with this blessing ourselves – may it be culture, languages, traditions, landscapes or heritage. Turkey too, is culturally diverse from many ethnic groups, with their distinct traditions, languages, cuisines, to the magnificent landscapes ranging from some of the world’s most romanticized white sand beaches to the fairy chimneys of Cappadocia, Turkey is a piece of heaven which has it all.

I moved to Turkey for my studies in 2013 and the four years I spent in Turkey equipped me to narrate the best way to explore and savour the exotic and mesmerizing Turkish culture.
It is common knowledge that the ties between Pakistan and Turkey from a political and national standpoint are great. However, this feeling of association and trust is actively exercised amongst all Turkish citizens. The reaction of taxi drivers, shop owners, waiters, is extremely welcoming and when they find out that you’re Pakistani, they exclaim in joy, kardeş ülke, which translates to ‘brother nation’. You can often hear them sing Jeevay Jeevay Pakistan and leave you stunned; such is the love and affection that Turkish people foster towards Pakistanis. In this day and age where nationalism and discrimination is common, such displays of love and brotherhood are highly appreciated.

Perhaps the enticing thing about travelling is to encounter different cuisines, which we often miss out on in our keenness to eat Halal. Turkey in this sense is very convenient which is great because there is so much to indulge. A common favorite amongst Pakistanis is Iskender, a dish made of thinly sliced lamb meat, cooked to perfection. The meat is laid on top of small pieces of pita bread and topped with a tomato sauce. Part of the spectacle of ordering Iskender is that once it arrives at your table, a server follows closely with another sauce and melted butter that boils in its pan, he tops your dish off with the butter right as it sits in front of you allowing you to munch on it right away. While Turkish people are fantastic with meat and have numerous sorts of kebaps, they are also great artisans with salads, fish, chicken and even desserts. The künefe, the likes of which one can find in the Middle East, is perhaps the most glorified dessert. It is essentially made from a sort of stringed dough locally known as kadyif, baked with cheese in the middle and soaked in sugar syrup. Served warm with clotted cream, kaymak, on top, this too is an absolute delight.
When you travel to Turkey, make it a point to explore Hatay cuisine and food from Adana in southern Turkey, for they too have options of well-cooked and wonderfully spiced meat that would greatly satisfy our Pakistani taste buds. Instead of making reservations at higher-end restaurants and spending extra money, it is recommended to try out pocket-friendly local restaurants tucked in between streets. It is important to note that no Turkish meal is complete without tea at the end. Most restaurants will offer tea to their customers on the house allowing you to sit and chat for hours at the same table. All in all, from beginning till end, the culinary experience of sitting down for a meal at any Turkish restaurant is a complete package and an experience that cannot be replicated elsewhere.
Istanbul, the largest metropolitan city is also called the ‘city of magic’. Is the most obvious location for tourists to travel to, for Istanbul is a mighty reserve of natural landscapes, the Prince’s Islands and the Bosporus strait, heritage sites Hagia Sophia, the Basilica Cistern, Dolmabahçe and Topkapı palace, Galata Tower, are all favorites among tourists. However, and trust this to be an opinion that comes from having travelled a great deal of Turkey, both small villages and large cities, Istanbul is only the tip of the iceberg when it comes to indulging in Turkish culture. I would define this metropolitan as being an aggressively curated window through which the world looks into Turkey, and so it needs to be sold to the global population. It has been formatted into becoming palatable to the world and so it deviates from                   what is the true essence of Turkish culture. Although a globally renowned tourist destination, and rightly so, someone travelling to Istanbul alone quintessentially misses out on the real sentiments and traditions that constitute Turkish culture.
If anyone truly wants to explore Turkish culture they must go beyond Istanbul, here are a few cities and the highlights they behold, amongst other attributes.
Cappadocia
Cappadocia is a region known for its distinct natural landscape, guarded by volcanic matter shaped by erosion. Somewhere around the 4th century, people started inhabiting this area, burrowing into the earth and creating an underground city that is age old and open to visitors. The most commonly visited sites are located in Göreme. Hot air balloon ride at sunrise is a must; floating through this spectacular and surrealistic landscape is just breathtaking.
Konya
Yet again, Konya has a dated past, rich in historic museums and well-preserved heritage. Moreover, it is also home to Mevlana Rumi’s mausoleum, a fascinating destination for the followers of Rumi or people intrigued by his poetry. Every year a massive celebration is held on Rumi’s death anniversary which showcases the whirling dervishes and the culture that spurred from this order and is a spectacular time to visit Konya and attend the ceremony.
Izmir
Izmir is a great place to get in touch with yourself while you travel to areas around the city. These include Çeşme, Alaçati, as well as the intriguing remains of the Greek city of Ephesus. Near Ephesus is also what is believed to be the ‘Cave of Ashab-al-Kahf’ — the Seven Sleepers — mentioned in Surah Al-Kahf. While in Izmir, make sure to try the local cuisine, especially a Turkish pastry called ‘boyoz’.
Antalya
Similar to Izmir, Antalya is an interesting place to stop by while you make journeys to nearby areas including Fethiye and Ölüdeniz. These areas have wonderful beaches and you can book yourself a bewildering paragliding adventure that allows you to glide over the scenic landscapes.

One must also consider paying a visit to the mineral formations of Pamukkale with its thermal springs that date back to the classical antiquity age. These travertines are formed of limestone and the springs are rich in calcium that tourists will often bathe in. Hierapolis is an ancient city and a well preserved World Heritage Site that would surely excite any history buff. Bodrum, is another interesting city, which is quiet and peaceful as opposed to the other more touristic destinations. The city is somewhat reminiscent of the Greek city of Mykonos, however, distinct in its own way. If around, try to find a vantage point to get a view in of the entire cascading settlement.
Turkey is a massive opportunity for everyone alike; backpackers, families, history buffs and even adrenaline junkies looking for some adventure. Next time you plan a trip to Turkey, consider dissecting its culture beyond just Istanbul by getting to know the lesser known parts of the country. The real treasure is held by the less touristy places where you can truly immerse yourself in Turkish culture and allow yourself to learn from these people the kindness and generosity that we know and see in our country, too.  HH