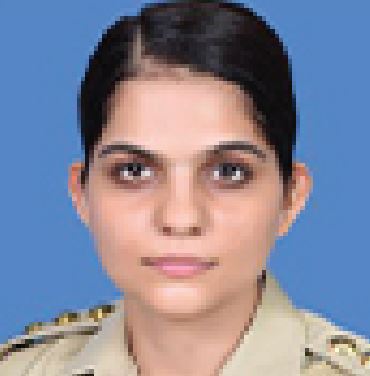 Heroism Begins with Her

On the afternoon of September 6, 1965, the message of Field Marshal Ayub Khan to the nation was played on the radio, the roar of military tanks was audible from miles away and fighter jets of Pakistan Air Force were seen tearing through the clouds, all symbolizing the beginning of a war. The brave mothers, sisters, daughters and wives of Pakistan motivated their loved ones to stand with Pakistan’s Armed Forces and show the enemy that anyone who tried to enter Pakistan’s territory would be defeated. The war of 1965, was fought not just by Pakistan Armed Forces but the whole nation came forward and defended the country against Indian aggression.

Wars are always fought with faith and courage and Pakistan Armed Forces have no dearth of either. It was because of this faith and insurmountable courage that despite proper planning the enemy was unable to celebrate victory in Gymkhana Lahore as per their plan. It was this faith and courage that made many lay in front of the enemy tanks to destroy them. It was the firm belief on La Ilaha Illallah that helped Pakistan’s Armed Forces and the entire nation to win the war imposed upon us and show to the whole world that Pakistan is a strong and independent nation capable of holding its own.
Pakistan celebrates this victory by paying tribute to martyrs and ghazis of September 1965. Those fateful seventeen days are a reminder that Pakistan was and will forever remain home of the valiant and the faithful. The brave souls of Pakistan continue to sacrifice their lives for their motherland, may it be a mother who presents her son to safeguard the borders and peace of this country or a father who fights bravely against all kinds of aggression. Pakistani women have stood alongside men and are playing their due role as mothers, sisters, wives and daughters for the peace and security of the country.
Pakistan has come a long way and its women can be seen actively participating in the progress and development of the country. We see thousands of women wearing uniform and serving their country with pride in their eyes and firmness in their beliefs. These ‘women of steel’ not only play the role of a housemaker but also fulfill their professional responsibilities with great efficiency and accuracy. The stars on their shoulders shine bright but they surely know how to carry the weight of these stars as they are aware that with ranks comes responsibility. While sharing her experience Maj Dr. Sunila said: “I came across situations where I had to work beyond my energy and duty hours. Being a woman I also thought of going back home to my family but the uniform always motivated me to put my country first. It encouraged me to serve my nation and my people in the best way possible.”
Humans always find comfort in our homes and it is natural that we defend and safeguard ‘our home’ from internal and external threats. When a cadet passes out from PMA and embarks on the journey of serving their motherland, they take an oath that they will go wherever they are ordered to in the line of duty. An officer fulfills this oath throughout their life. Capt Kashaf Majeed says: “I was always scared of leaving my home. But I have realized that the whole of Pakistan is my home and the entire nation my family.”
It is a known fact that a person always feels confident and excels in a field related to their interest and qualification. Women in Armed Forces do not stay restricted to their specialization but prove their mettle in every task they are assigned. Capt Hira Mehreen shares: “My specialization is electrical engineering but when I reported to my unit, I realized that once you wear Khaki, you should be ready to do every task assigned to you. Now almost a year and a half into the service, I feel blessed that I am mastering skills beyond my specialization.”
Once you wear the uniform, you are always on duty regardless of weather, time and conditions. It is indeed not a nine-to-five job and demands a lot of sacrifice. Sharing her feelings on this perspective, Capt Emaan Durrani said: “Being on duty 24/7 is a little difficult but genuinely there is no other feeling better than serving your country and there is no pride greater than the pride of doing something for your nation. Whenever I feel tired, I seek motivation from the fact that my comrades stand at the borders sacrificing their sleep and I realize that missing a family event or a friends’ get together is nothing as compared to what my comrades are missing. I feel honoured that I wear the same khaki as they do.”
Women in Pakistan have always played a significant role in national life, be it struggle for independence, fighting a war, contributing to the economy or raising their children to be responsible citizens. They have always stood next to the valorous men of this country and proved that they are ready to sacrifice whatever they have for the honour of their motherland. Pakistani women are proving their mettle in every field by showing the world that they are capable of walking firmly on the ground, of steering through the seas and roaring in the sky. Each and every woman is lighting a candle of hope and prosperity that promises to illuminate a new path for future generations. It is said that women build nations and with such brave, valorous, zealous and intelligent women, I feel confident in saying that Pakistan is a great nation. HH