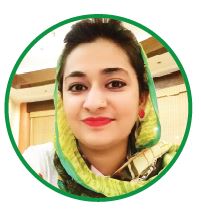 The dynamics of world politics are rapidly shifting not only in the direction it is taking but also in its texture. What was once an anomaly is now becoming the new reality of power structures the world over, i.e., more and more females are coming into power and leadership positions. The most recent examples in this regard are of Finland where not only the prime minister is a woman but females head all the coalition parties in her government, and Greece that has elected its first ever female President. With the ascent of women globally, one cannot but pause to think what the future would be like; will women be able to bring into the mix the compassion and empathy that is considered the most remarkable element of womanhood? What does this mean for the oppressed and downtrodden around the world?
This year, as we observe February 5th to express solidarity with the Kashmiri people, we need to understand these new dynamics and approach the issue from a new perspective as is dictated by this new complexion of international power structures. No girl or woman in Indian Occupied Jammu & Kashmir (IOJ&K) can live her life without the fear of being violated; the women of IOJ&K are challenged, their womanhood threatened. Eight-year-old Asifa Bano rape and murder case is a horrific instance of the insecure life Kashmiri girls and women lead. So what are the women of the world going to do? Do they not feel the need to take action? How are they going to satisfy their conscience if they do not help their oppressed sisters?
The women of IOJ&K are the victims of Indian ambition, so it becomes imperative on women all over the world and international organizations charged with defending and upholding women's rights to help the Kashmiri women out of their plight. To start with, if the women of Azad Jammu & Kashmir and Pakistan rise up using every forum available to them and try to start a global movement for Kashmir, particularly its women, motivating the female leaders of the world to take action, there may be hope that we finally have a solution of the Kashmir conflict. Such a solution promises to be based on the principles of humanity that sees Kashmir as not a land of strategic importance but a land of people full of life with dreams and aspirations.
The people of Kashmir look towards the world to help them out of their misery. The need of the hour is not to continue with the rhetoric but to take substantive action. Moreover, the women in leadership positions need to use their clout and work with compassion and empathy to help the oppressed people of Kashmir. Kashmiris have lived with empty promises by world powers of ensuring their basic human rights for over seven decades. Kashmir is not just a geo-political issue but is a humanitarian one first and foremost. Therefore, it does not only require the world powers to take on the responsibility to find a solution but also the global civil society to take action. Women make up almost half of the world’s population and if they decide to raise their voice, it will become very hard to ignore it.