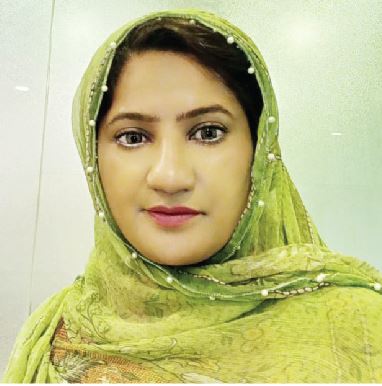 The book titled, Waziristan: Datta Khel, Unraveling the History of a Frontier Outpost (1897-2018) written by Brig Sajid Muzaffar Chaudhary is one of the rare pieces of writing that gives valuable insight into the fascinating history of the land and people of North Waziristan, particularly of Datta Khel.  The book explores the 150 years old history of Datta Khel, a town located along Tochi River in the Western part of North Waziristan Agency and 22 kilometers from Pakistan-Afghanistan border. Datta Khel also serves as the Tehsil 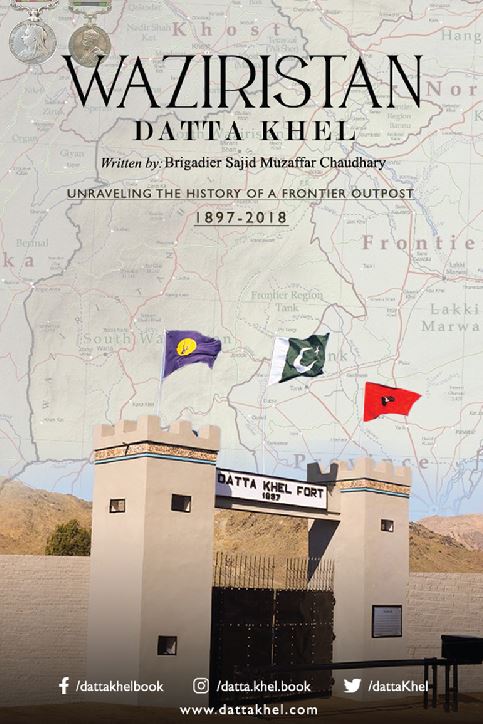 Headquarter, being one of the ten Tehsils of the North Waziristan agency. Notably, the book focuses on the military aspect of Datta Khel. The book is made more authentic as the author wrote it while commanding a Brigade at Datta Khel. Due to his previous long association with erstwhile FATA, the book not only reflects the author’s love and affection for the local people and the land but also his deep insight into tribal culture.
The book is an objective guide to understanding the roots of conflicts in tribal areas of the agency. It also depicts Pakistan Army’s unprecedented efforts to turn the impossible into possible, enlightening the reader about how the Army cleansed the menace of terrorism and transformed it into an eternal abode of peace. Interestingly, the wild grandeur of harsh land and the tough men inhabiting it – soldiers and local tribesmen alike – forms the canvas of the book.
The empirical approach adopted by the Brigadier Sajid Muzaffar Chaudhary explains the historical evolution and complex history of the area, which is easily comprehendible for the reader. This novel attribute of the book distinguishes it from other existing literature on the region and makes it unique for scholars/students/historians, who are interested in understanding the rugged mountainous and porous frontiers of Pakistan.
The book treats the reader with sufficient authentic records or writings about Datta Khel spread over 150 odd years, which remained dormant or fragmented in history. Nevertheless, the writer explores the untold history of the region in an interesting manner.
As per the historical records given by the author, Datta Khel witnessed its first military incursion during 1897 in the shape of Tochi Field Force. Recently, Pakistan military’s efforts for peace during Operation Zarb-e-Azb opened a new chapter of hope for the region.
The book contains 6 chapters that explore the complex history of the region from 1897-2018. The first chapter provides a comprehensive analysis of topography, ethnography and geostrategic significance of Datta Khel.
The next two chapters primarily cover 100 years of historical evolution for the region under the title of, From Antiquity Till World War and Transition into the Twentieth Century, 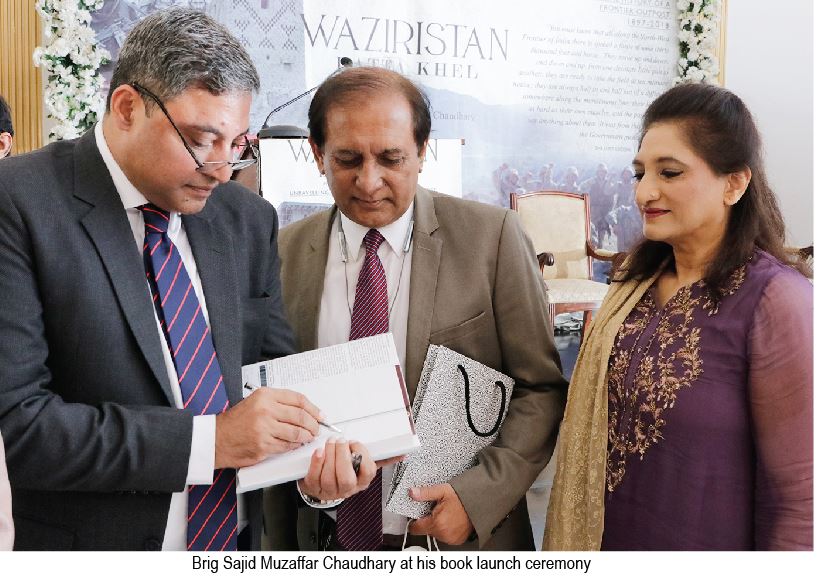 Post-WWI to 1947. It covers the first-ever interaction of British colonialists with Waziristan. The promulgation of the FCR and demarcation of Durand Line are also discussed within. The major events are also part of these 100 years which include deployment of Tochi Scouts in 1922, the 1930 Census and the rise of the famously known personality, Faqir of Ipi. Nehru’s visit of North Waziristan is also covered at the end of chapter three.
Chapter four and five focus on Pakistan’s post-independence era till the military operation of 2016. An Introduction from Independence to Talibanization (1947-2001), Talibanization & Military Operations (2001-2016), provides comprehensive understanding of the region from over hundred years of chaos to perpetual peace. The fifth chapter also apprises the reader about how Operation Zarb-e-Azb and Operation High Tide-53 Brigade maintained the state’s writ and successfully cleansed the land from the menace of terrorism.
In the last chapter, Pakistan Army’s efforts to uplift socioeconomic conditions of the area, specially Datta Khel through non-kinetic efforts are highlighted. As stated in the book, Pakistan’s Army policy on counterinsurgency operations was clear and revolved around Clear, Hold, Build and Transfer concept.
The indigenous population has also endured desolation and misery when they, along with Pakistan Army, accepted the challenging task of clearing the area of terrorists. In this regard, for the first time in its history, the tribes and the military started coexisting with a high degree of mutual comfort, respect and a shared vision for the future.
As per the author, on a relative basis, the Clear and Hold phases of operations were easier to achieve, however the Build and Transfer aspects have been arduous and daunting.
Although, the Build phase is the primary responsibility of the civil administration, Pakistan Army’s brave and dauntless soldiers have rendered utmost efforts for the rehabilitation of the area. For the rehabilitation phase, as per the author, an elaborated plan was formulated by the military authorities in collaboration with civil administration. This plan included preparation of a population database and issuing of identity cards, return of TDPs, de-weaponisation, early assessments of losses and compensations, revival of social activities, education and health sector, economic activities and last but not the least, local cultural activities.
The collective effort of Army and civilian administration along with the help from the tribes denied physical as well as social spaces to the terrorists, thus ensuring a suitable environment for peace and development related activities to be executed.
The book thoroughly explains the loss, both material and human, and the hardships that Pakistan Army endured to eliminate terrorism in all its forms and manifestations, established writ of the state and imposed the rule of the law.
Post operations developments, especially in the domain of population rehabilitation, have been reflected in this work intensively. Importantly, the stories of tribes and their elders elaborate that the locals have always considered Pakistan Army personnel as sons of soil – as opposed to the foreigners who have always been perceived as aliens – which helped and facilitated Pakistan Army in the whole exercise. This work is of great academic value and a must-read to understand the gruesome and war-ridden history of Datta Khel along with the efforts of Pakistan Army to counter terrorism and ensure law and order of this region.