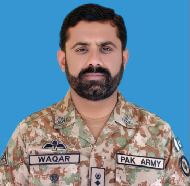 The sudden beautiful drizzling marked with mystic fragrance brought pleasant change in the weather in a small town of Kohat named Lachi, where mortal remains of Captain Abdullah Zafar, Shaheed were placed for namaz-e-janaza (funeral prayer). September 28, 2020 marked the biggest gathering the town has ever seen, as people from all over the country gathered to bid farewell to the hero of Lachi. A smartly turned-out contingent presented last salute and the burial was performed in a local graveyard with full military honor and religious fervor. 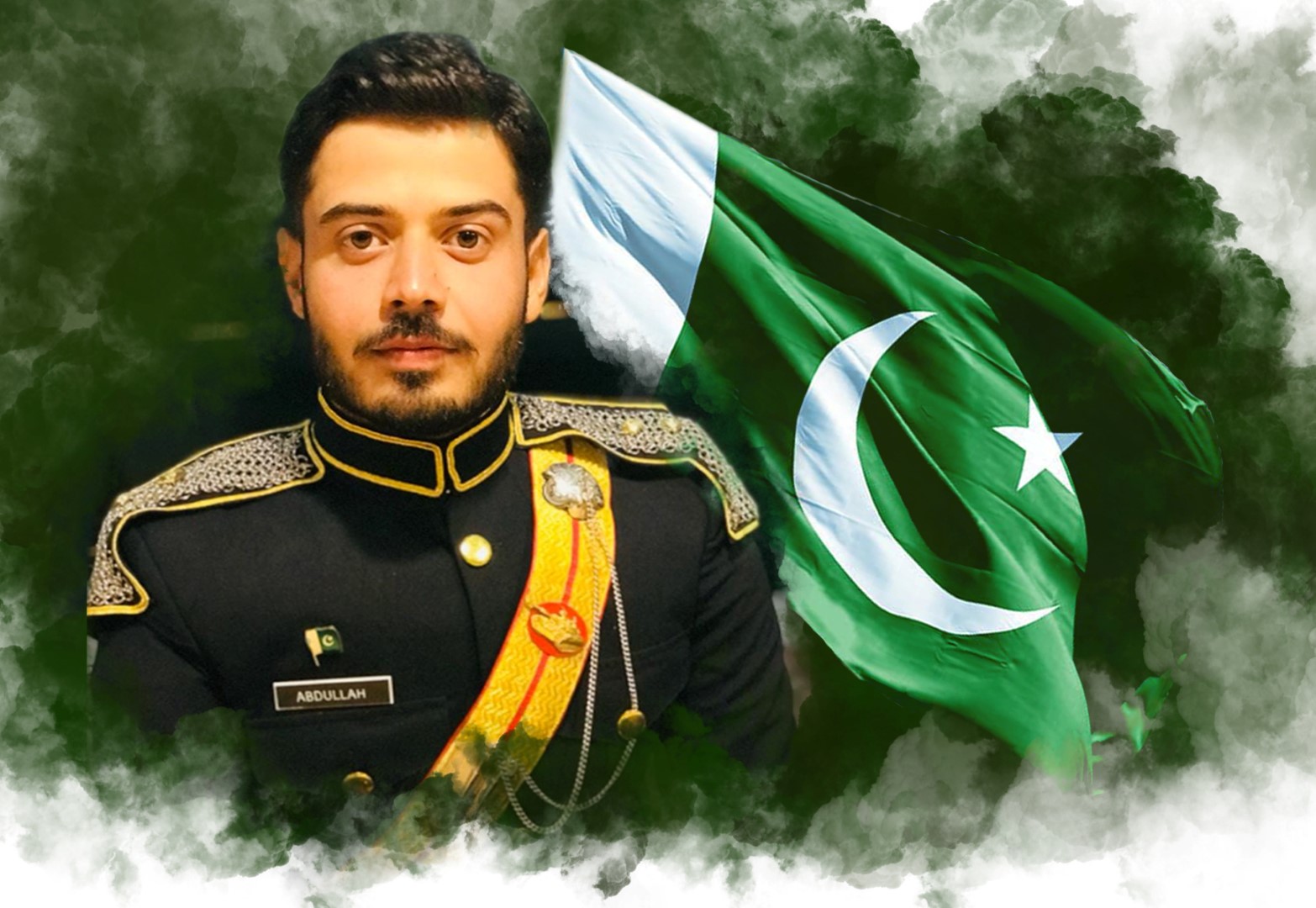 It was just the previous day on the night of September 27, 2020, when an intelligence tip regarding the presence of armed terrorists in Shakkai Valley of South Waziristan was received. Captain Abdullah volunteered for the mission and immediately rushed with his Quick Reaction Force to intercept the terrorists. In the rugged mountains of South Waziristan an intense fire exchange ensued. Captain Abdullah, along with his Quick Reaction Force, retaliated with such force that terrorists could not stand ground and abandoned their assault. To intercept, Captain Abdullah fearlessly rushed towards the fleeing terrorists. In the pursuit, two terrorists were injured, and Captain Abdullah received a bullet in his head. He was immediately evacuated to South Waziristan Scouts Hospital, Wana where he embraced shahadat. Captain Abdullah undoubtedly wrote a glorious chapter of another sacrifice for this motherland with his blood and left a lasting impression for others to follow.
Early Years
Captain Abdullah was born on March 31, 1995 in Yanbu, a port city of western Saudi Arabia. Even in his childhood he was very calm, sharp and intelligent. After completing his initial schooling from Lachi, Captain Abdullah joined Cadet College Kallar Kahar and later became the academic secretary because of his excellent academic performance. After performing exceptionally well in intermediate exams, he had a chance to clinch a seat in an engineering university. However, he was destined to bring laurels for his parents, and the country and hence the profession of arms turned his ultimate passion into his destiny.
Professional Pursuits
His performance was remarkable in PMA and he was commissioned on October 15, 2017 in 44 Cavalry, a prestigious outfit of Pakistan Army. Captain Abdullah excelled in all professional fields and turned out to be a responsible, energetic and bold young officer. He was extremely joyous when in year 2018, his unit was tasked to assume operational responsibility in Operation Al-Mizan in South Waziristan District. During his deployment in operational area, he voluntarily participated in countless operations and led his troops from the front. 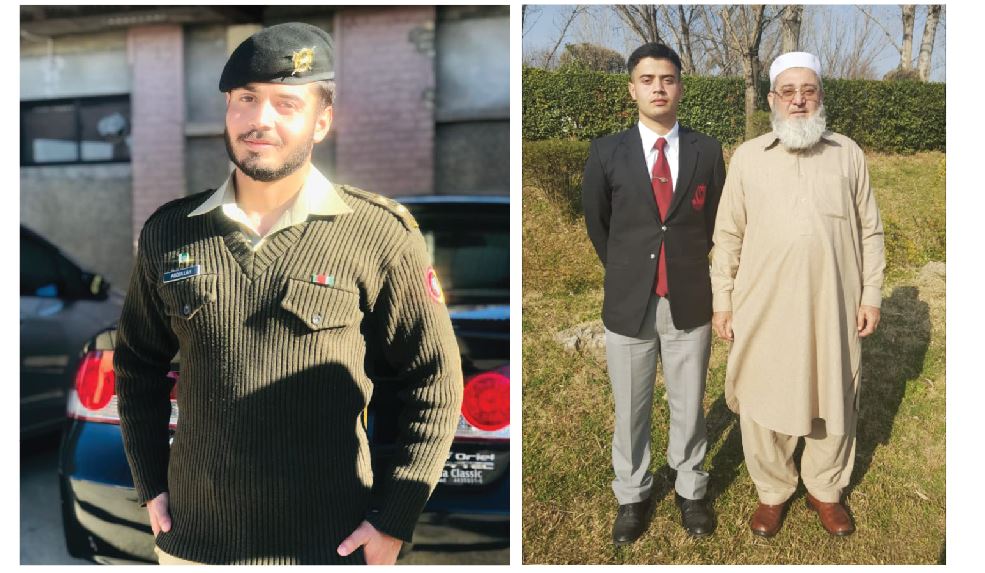 A Loving Son
Recalling his memories, Mr. Zafar Hussain Shah, father of Captain Abdullah Zafar, Shaheed said Abdullah was a very loving son, caring brother and a sincere friend. He narrated a small incident that during his last leave Abdullah gave his new mobile phone and laptop to his brothers, and a newly stitched suit to his brother Umer and said, “Umer, this color will look good on you”. As if Abdullah was unconsciously aware that he was destined for Shahadat. He held a large social circle of friends who always feel his absence and share his cherished memories.
While expressing his feelings, Mr. Zafar Hussain Shah told that initially it was extremely difficult to reconcile the reality of his son’s Shahadat, but the respect and privilege rendered by the people and Army has given a tremendous determination and sense of pride to all family members. “Abdullah has become my introduction and identity, wherever I go, and I am blessed to be a father of Shaheed and Ghazi.” (Elder brother of Captain Abdullah Zafar Shaheed, Major Moseb Shah is also serving in Pakistan Army with pride and dignity).
While concluding his remarks, he felt proud that whole nation stands united with the armed forces to bring durable and lasting peace in Pakistan.
At such a young age Captain Abdullah has done his bit for peace in this country and we owe our sincerest efforts for maintenance of this hard-earned peace. Pakistan must always take precedence over our own comfort, interests or even our life. This is the only way we can pay homage to the sacrifices of Captain Abdullah and countless other sons who willingly, voluntarily and proudly laid down their lives so that the fellow Pakistanis can live in peace.