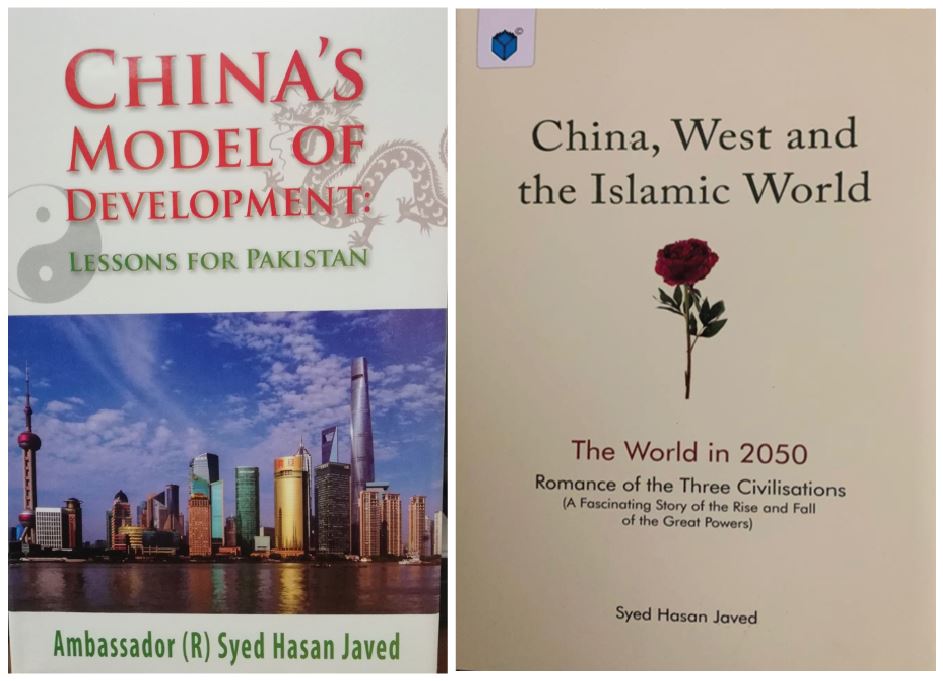 No wonder, the rise of China has sent shockwaves to the corridors of Western intelligentsia and policymaking circles. They know the development template of China’s rise, the context and the substance of China’s power profile is different from that of the Soviet Union, Germany or Japan. The Westerners feel perplexed, confused, shocked and ambushed, speeding up efforts to build a narrative for Cold War II. As regards the developing world, their discredited system of electoral democracy and the accompanying development template, sanctioned by Washington Consensus, continue impoverishing them with the help of political instability, brain drain, flight of capital and debt trap. The population in these countries is only left with media moguls, feudal or tribal demagogues for their political entertainment. In contrast, the political leaderships in China have risen through a gruelling process of selection of political meritocracy, learning, talent, delivery, scrutiny, accountability etc. from the grassroot level, all the way up to the highest level of decision making bodies. China’s rise i.e., all round political, economic and social transformation, holds great prospects for the majority of the population in Asia, Africa and Latin America. There is growing interest in China’s model of development as it is based on peace and development and not on conflicts, wars, loot, plunder, exploitation, oppression, and injustice, as had been the case with the former colonial and imperial powers. Among all the developing nations, so far Vietnam, Bangladesh and Philippines have succeeded in learning well – though in varying degrees – from the lessons of China’s model of development. These countries have been successful to emulate China’s policies to launch comprehensive policy reforms i.e., agricultural reforms, proto-industrialization, Small and Medium Enterprises, start-ups, digital economy, mobilization of expatriates, governance reforms, taxation reforms, Special Economic Zones, and export culture etc. The Western Sinologists, however, attribute Vietnam’s economic success, as for China, to the so-called authoritarian One Party rule and control of the Communist Party, which is a sad reflection of a lingering residual colonial mindset.
My two recent books have created ‘ripples’ and generated widespread interest among the China watchers in Pakistan, as well as abroad. The first book is titled China’s Model of Development – Lessons for Pakistan published in November 2020. China indeed went through a hard learning process. Reformist leader Deng Xiaoping undertook a hundred ‘hard decisions’. China’s model based on meritocracy, socialist market and Chinese characteristics is a formidable tried and tested system of scientific approach, delivery, results, inclusiveness and win-win template. As a junior diplomat in the embassy, I saw that dozens of Chinese study teams visited Pakistan in the early 1980s to learn from our market economy practices, stock market, foreign investment frameworks, international banking, sports goods industry, port operations, textiles sector management, etc. Former Deputy Premier of China Mr. Li Lanqing mentions it in detail in his own book Breaking Through. In my second book China, West and the Islamic World, published in January 2021, I metaphorically call it ‘Romance of the Three Civilizations’ drawing inspiration from the ancient Chinese novel i.e., Romance of the Three Kingdoms. I feel that Pakistan can emulate China’s model of development if only it can muster five things i.e., leadership’s ability to acknowledge mistakes, revive social capital, undertake comprehensive policy reforms, adopt merit, rule of law and justice, learn from global best practices, invest in agriculture, and higher education etc. and keep the IFI hitmen, dual nationals etc. away from high level policymaking positions. The storm Pakistan faces in the coming years is now ‘tailwind and not headwind’. While the 20th Century vindicated Pakistan, the 21st Century can propel Pakistan to sustained prosperity, power and position.

The writer has served as Pakistan's Ambassador to Germany, Singapore and Mauritius. He worked in China on two diplomatic assignments for nearly a decade. He speaks fluent Chinese and is an author of many books on China. Since 2016, he is the Director of the Chinese Studies Centre, National University of Sciences and Technology (NUST), Islamabad.
E-mail: [email protected]