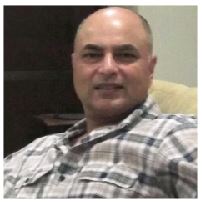 The Bravehearts of Chawinda

On a cemented platform in front of the 25 Cavalry’s Regimental Headquarters stands in silence the once roaring lion – the Centurion tank – pride of the Fakhr-e-Hind, the title with which the Indian 1 Armoured Division was known. The 60 ton Centurion belongs to Lieutenant Colonel Tarapore, the Commanding Officer of 17 Poona Horse, one of the most celebrated units of the Indian Army. Lieutenant Colonel Tarapore was promised the Mahaveer Chakra, the highest gallantry award, in advance for his assigned mission that was to cut off Chawinda-Pasrur road at Mile 3. In the ensuing bloody encounter, the officer was killed and his tank captured, however, Mile 3 could never be reached. The huge tank standing there is not only a mere trophy reverberating the bloody armed encounter but symbolizes the real strength of a nation, which in terms of numbers, was much lesser than her adversary. It depicts the resolve and determination of the people to defend and survive even in the face of heavy odds. The great Battle of Chawinda cannot be confined to the limits of this article, nevertheless, an effort has been made to briefly touch upon a few events which might give one some idea of the story of the now age-old battle. 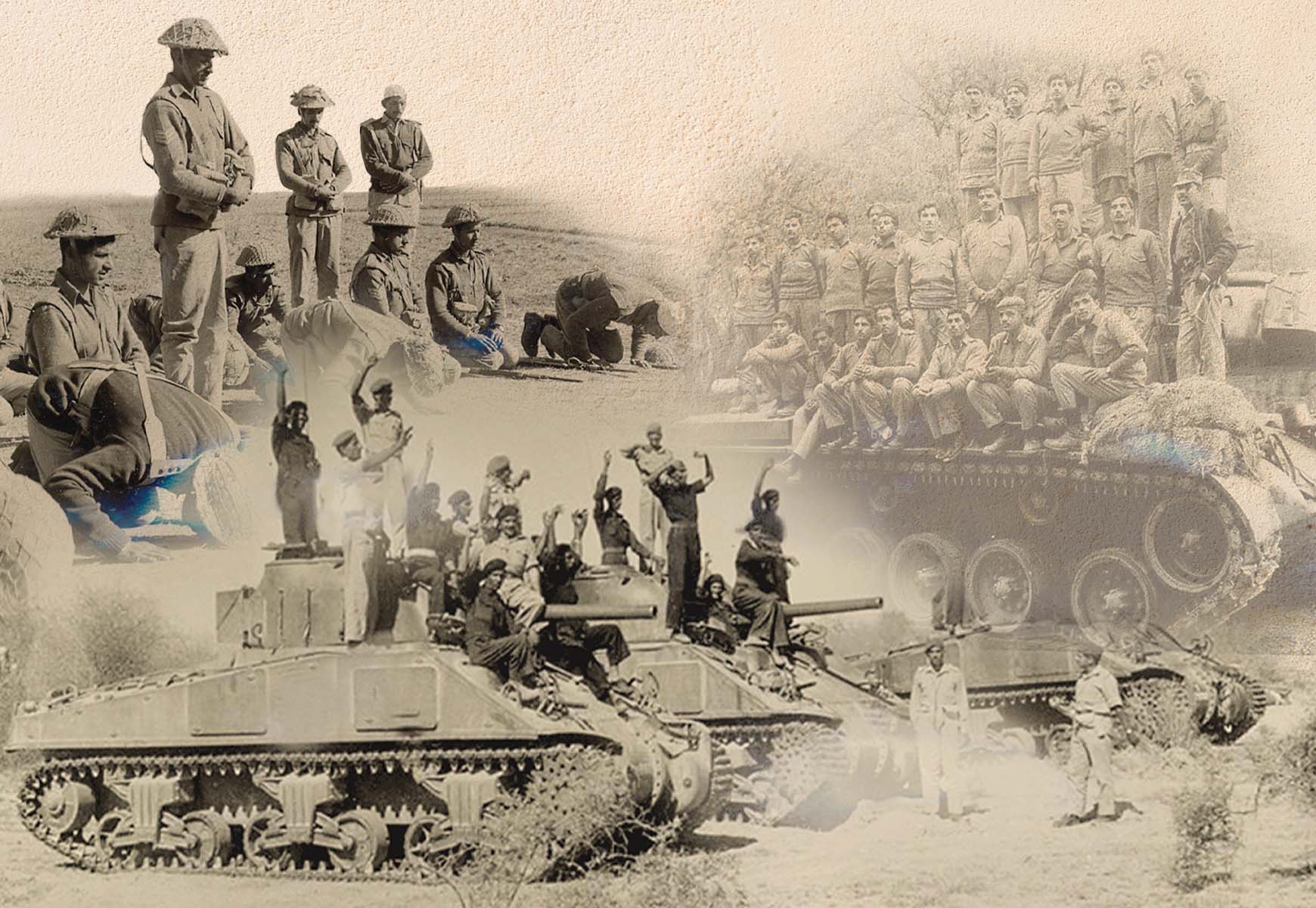 As a sequel to the ongoing skirmishes in Kashmir on either sides of the LOC, the Indians on the morning of September 6 attacked across the International Border. Apart from Kashmir, two main fronts developed: one between Chenab and Ravi rivers, extending from the Pukhlian salient to the Jassar bridge over Ravi (generally known as the Sialkot Sector), held by 15 Division with 6 Armoured Division in reserve under 1 Corps. The second between Ravi and Sutlej Rivers, extending from the siphon of the Bambawali-Ravi-Bedian Canal on the Ravi to Hussainiwala Headworks (generally known as the Lahore Sector). This area was held by 10 and 11 Division with 1 Armoured Division in the area as reserve.
In the area of 10 and 11 Division, the Indians attacked repeatedly, however, all attacks were repulsed successfully. In the area of Sialkot, where the famous battle of Chawinda – the biggest encounter after the Second World War of tank versus tank fight – was to be fought, the following events unfolded.
GOC 15 Division, on visualizing a massive Indian attack at Jassar, ordered 24 Brigade and 25 Cavalry already deployed at Charwa to move to Narowal to counterattack the Indians if they captured the Jassar Bridge. This proved to be a judgement of error as information was received that the Indians had launched a major attack with tanks at Charwa and Bajra Garhi. The move of 24 Brigade and 25 Cavalry had created a gap of about 18000 yards, weakening the Charwa defenses, consequently the Indian Red Route, Charwa-Chobara-Phillora was opened for the Indian tanks. The advance was led by 17 Poona Horse and 16 Cavalry on two axes.
On receipt of the news of the Indian attack, GOC 15 Division ordered 24 Brigade and 25 Cavalry to return and reoccupy their defenses at Charwa. 25 Cavalry was moving on the Narowal-Pasrur-Chawinda route and had just cleared the Degh Nadi when, at about 0800 hours, it was informed that Indian tanks were advancing South with their location not known.
The Commanding Officer 25 Cavalry, Lieutenant Colonel Nisar Ahmed Khan, ordered his Regiment moving East to West, to swing right and move Northwards. Turning from the line of march, the Regiment covered a front of about 12000 yards with the right flank resting on Degh Nadi.
At this point in time, the Regiment contacted the leading elements of 17 Poona Horse and 16 Cavalry. A tank verses tank engagement followed. The Indians broke contact and took up a defensive line on Bhagowal-Chobara-Phillora. Major Effendi, Commanding C Squadron of 25 Cavalry on the right flank, while rummaging in the 16 Cavalry’s Commanding Officer’s abandoned tank found the copy of the Indian Armoured Division’s operational orders which confirmed the presence of the Armoured Division operating in the area.
On September 9, 24 Brigade (15 Division) asked for reinforcements from higher Headquarters which placed 6 Armoured Division with 14 (Para) Brigade under 1 Corps. On September 10, on the front that was to be taken by 6 Armoured Division, the Indian 1 Armourd Division renewed its attack on Phillora and Gadgar but was ruthlessly repulsed by the heroic 24 Brigade and 25 Cavalry. 11 Cavalry and 7 FF relieved 25 Cavalry and 24 Brigade on the night of September 10/11. At 0500 hours on September 11, artillery fire on Gadgar and Phillora started and the Indian 1 Armoured Division renewed its attack. 11 Cavalry put up stiff resistance but could not hold on for long owing to the heavy pressure from a reorganized outnumbering enemy. Phillora was occupied by 17 Poona Horse. At 1100 hours, Lieutenant Colonel Amir Gulistan Janjua, Commanding Officer Guides Cavalry, received orders to attack towards East in order to relieve pressure on 11 Cavalry and 9 FF. In the ensuing battle, Guides claimed 21 Indian tanks destroyed in exchange for six of its own. However, in order to cope with the deteriorating situation in Phillora, General Abrar, GOC 6 Armoured Division, pulled out 11 Cavalry to collect South of Chawinda. 25 Cavalry along with 14 FF and 24 Brigade were called back into the line of battle again and checked the Indian tanks South of Phillora.
On September 15, the Indians attacked Chawinda, Jassorian and Badiana but they were repulsed. On September 16, the Indians captured Jassorian and almost achieved their aim of cutting the Chawinda-Pasrur road. The Indian GOC encouraged 17 Poona Horse to cut the road at Mile 3. The Indian tanks rolled towards Chawinda and were engaged by 1 (SP) Field Regiment until 25 Cavalry tanks arrived. In the fierce tank verses tank battle, the tank of the Commanding Officer 17 Poona Horse, Lieutenant Colonel Tarapore, was knocked out and the Commanding Officer was killed. With this, the crown of the Indian military might fell on the ground and the attack fizzled out. By September 20, the areas lost were recaptured in a series of counterattacks. On September 21 and 22, Indian 1 Armoured Division handed over the front to 6 Mountain Division and disappeared. The battle of Chawinda was over and Sialkot was saved, so was the pride of Pakistan and its people. The battle can be termed as one of the most bloodiest and boldest encounters in the history of warfare.

The author is a retired Cavalry Officer. He is a historian and a regular contributor to The Nation.
E-mail: [email protected]