Sixty-Nine Years of Pakistan-China Friendship: The Relationship That Will Define the 21st Century

In the contemporary international system, states define their bilateral relations based on common historical experiences, geographical exigencies, economic needs, political ideologies, shared interests, commonality of values or common aspirations. Pakistan-China relations stand as a category in itself, with all these elements and many more. Our common friends use it as a ’model’ to aspire for their own friendship and cooperation, while the adversaries feel jealous and frustrated. Many Western scholars have tried in vain to measure the depth of Sino-Pakistan friendship. They find it difficult to explain as to how hearts of the two peoples beat with the same rhythm, even if they do not share the same language, belong to the same racial group or have a similar cultural heritage, social organization and political system. Few Westerners know that the Gandhara region during the Kushan rule had its envoys at the court of Chinese Han dynasty, before the birth of Christ. The growing interest of the Chinese in Buddhism led several monks and pilgrims to trek to Pakistan in search of authentic Sutras as Buddhism was dying a slow death in the Indo-Gangetic Valley due to Brahmin intolerance. Names of Faxian, Xuanzang, Song Yun and a host of others, appear in history. The episodes 89 to 92 in the famous Chinese classic novel ‘Journey to the West’ based on part facts, part fiction and part historical events cover the travel experience of monk Xuanzang to the Gandhara region including Peshawar, Taxila, Hund, Tribal Areas, Kashmir, Sialkot, Lahore, Swat etc. from 630 to 645 AD. The Kushan rulers promoted the Silk Route trade from China to Rome via Persia. The Kushan ruler also gifted a pair of lions to the Eastern Han dynasty Emperor Zhang in 87-88 AD, arrival of which in Han court proved to be a good omen as the king was blessed with a son from his favourite queen. Hence began the tradition of ‘lion dances’ in China. Lions were also revered in the Buddhist religion. Mahayana Buddhism (Greater Vehicle), as was practiced in the Gandhara region and Afghanistan (instead of Theravada or ‘lesser vehicle’ as practiced in India), was ancient Pakistan’s largest item of export to China. Pakistan’s national poet and philosopher Allama Muhammad Iqbal (1877-1938) had foreseen the ‘Chinese renaissance and revival’, like his dream for Pakistan and mentioned it in his poetry. Sadly, he did not live long to see both coming true. 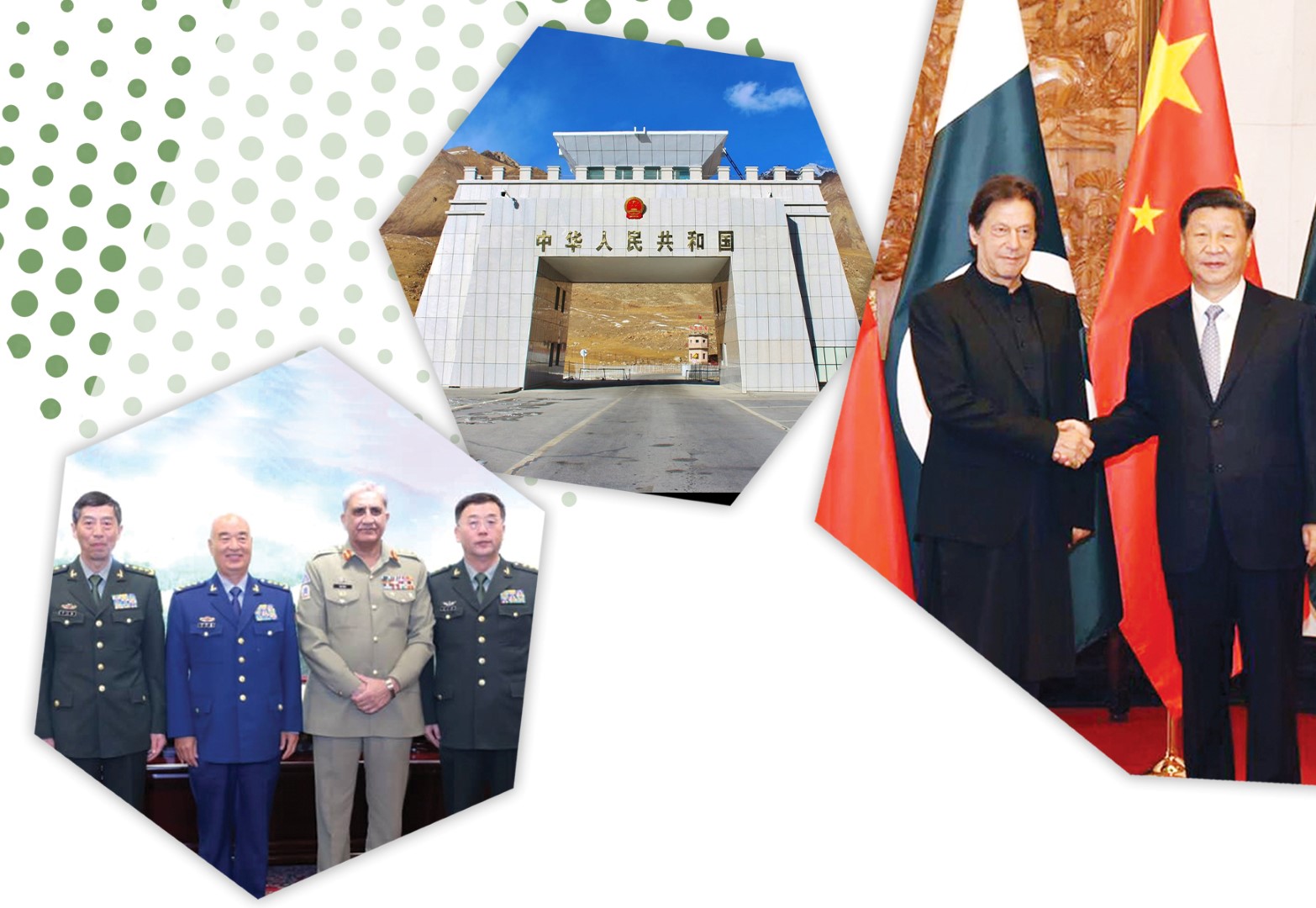 Evolution of Contemporary Pakistan-China Relations
Former Chinese Premier Zhou Enlai had once observed that ‘the Chinese and Pakistani people’s friendship began with the advent of mankind’. He was not off the mark as in 139 BC the Han dynasty Emperor Wu Di sent his envoy Chang Jian to the court of the Great Kushans (known in Chinese as the great Yuechi) who ruled Afghanistan and Gandhara region of Pakistan, for a strategic alliance against the Huns. His visit made the Gandhara region and Peshawar a historic bridge, economic corridor and a gateway promoting the exchanges in goods and ideas of China with Persia, the Middle East, and Rome, etc. Historically, the Chinese people have maintained a close relationship with the people of the South Asian region too. During the Tang dynasty known as the ‘Golden period of China’, contacts between China and South Asia region accelerated in the domains of trade and culture. Pakistan became the first Muslim country to recognize the People’s Republic of China in January 1950 and established diplomatic relations on May 21, 1951. Premier Zhou Enlai attended the Afro-Asian Conference at Bandung in April 1955. It proved to be China’s first foray in regional politics of Asia and also the beginning of the romance between Pakistan and China. Despite the fact that Pakistan was a member of two Western led alliances, SEATO (Southeast Asia Treaty Organization) and CENTO (Central Treaty Organization), the ‘body movement’ of Premier Zhou Enlai showed his full understanding of Pakistan’s dilemma. The Chinese leadership faced with the leaders of both India and Pakistan could easily discern the difference between the two countries.
The massive support by the West and Soviet Union which rushed in economic and military assistance intoxicated Indian Prime Minister Jawaharlal Nehru into adopting a ‘Forward Policy’ like the BJP government of Prime Minister Narendra Modi is doing right now (in 2020) in the Ladakh region. India was then however in a far stronger position as compared to China which was isolated in the world and had suffered a very bad famine as an effect of the ‘Great Leap Forward’ (1958-1962) in which many millions perished. The skirmishes from 1958 to 1962 converted into a full scale war in October-November 1962. The Indian Prime Minister ordered the Indian military to ‘throw out’ the Chinese. The war however proved to be a devastating blow to the Indians, all along the border. Thousands of Indian soldiers surrendered with the loss of vast territory in the Ladakh and North East Frontier Agency (NEFA). The Chinese were within reach of Assam when they declared unilateral ceasefire, vacating occupied areas and returning to their pre-hostilities positions. No doubt, the hostile Indian attitude compelled China to look for allies. Pakistan was an obvious choice. During the Sino-Indian conflict, Pakistan did not open a second front and missed an opportunity to liberate Kashmir. The failure of the U.S. leadership to keep its promise to help resolve the issue of illegal occupation of Jammu and Kashmir by India however compelled Pakistan to make a ‘strategic shift’ in relations for closer cooperation with China by signing several agreements including boundary demarcation. The Indians paid back Pakistan’s gesture by unleashing all the weapons and equipment they had collected, under the pretence of a ‘threat by China’ by launching naked aggression against Pakistan in September 1965.
The Strength of Bilateral Cooperation
China may have a dozen reasons for a time-tested strategic partnership with Pakistan and so has Pakistan, with common animosity to India being only one of the factors. Pakistan has been China’s most trusted friend from its difficult days, when it was boycotted by the Western nations. Pakistan was at the forefront among the States supporting China at all regional and international forums. Pakistan International Airlines (PIA) was the ‘first foreign airlines from non-Communist world’ to touch down in China, providing it a window to the outside world. The older generation of Chinese preferred to travel with PIA, to destinations in Europe, Africa and Latin America. Back in 1950s, 1960s, and 1970s, several hundred Chinese experts and students attended courses in Pakistan in civil aviation, banking, audit and accountancy, tourism, finance, taxation, customs, public administration, English language and defence related programs, at a time when the Western world shunned them. Pakistan played a far greater role in helping China during this era, as a source of latest knowledge, skills and technology. The Chinese are deeply beholden to Pakistan for being a window to the outside world during their difficult days. Over the past several decades, China-Pakistan friendship has been fully marked by mutual trust, sincerity, understanding, respect and support to each other.  In the wake of 1971 War, China provided liberal military assistance at ‘friendship prices’. Chinese economic and technical assistance increased substantially with projects aimed at self-reliance such as Heavy Industrial Complex, Tank Rebuild Factory, Air War Complex, Karakoram Highway, sports gymnasium, Gwadar Project etc. Globally Pakistan became the largest recipient of Chinese flood relief assistance at USD 247 million with additional commitment of USD 400 million for rehabilitation and reconstruction in 2010. China provided emergency relief assistance to the people of Northern Areas affected by the Attabad Disaster twice. 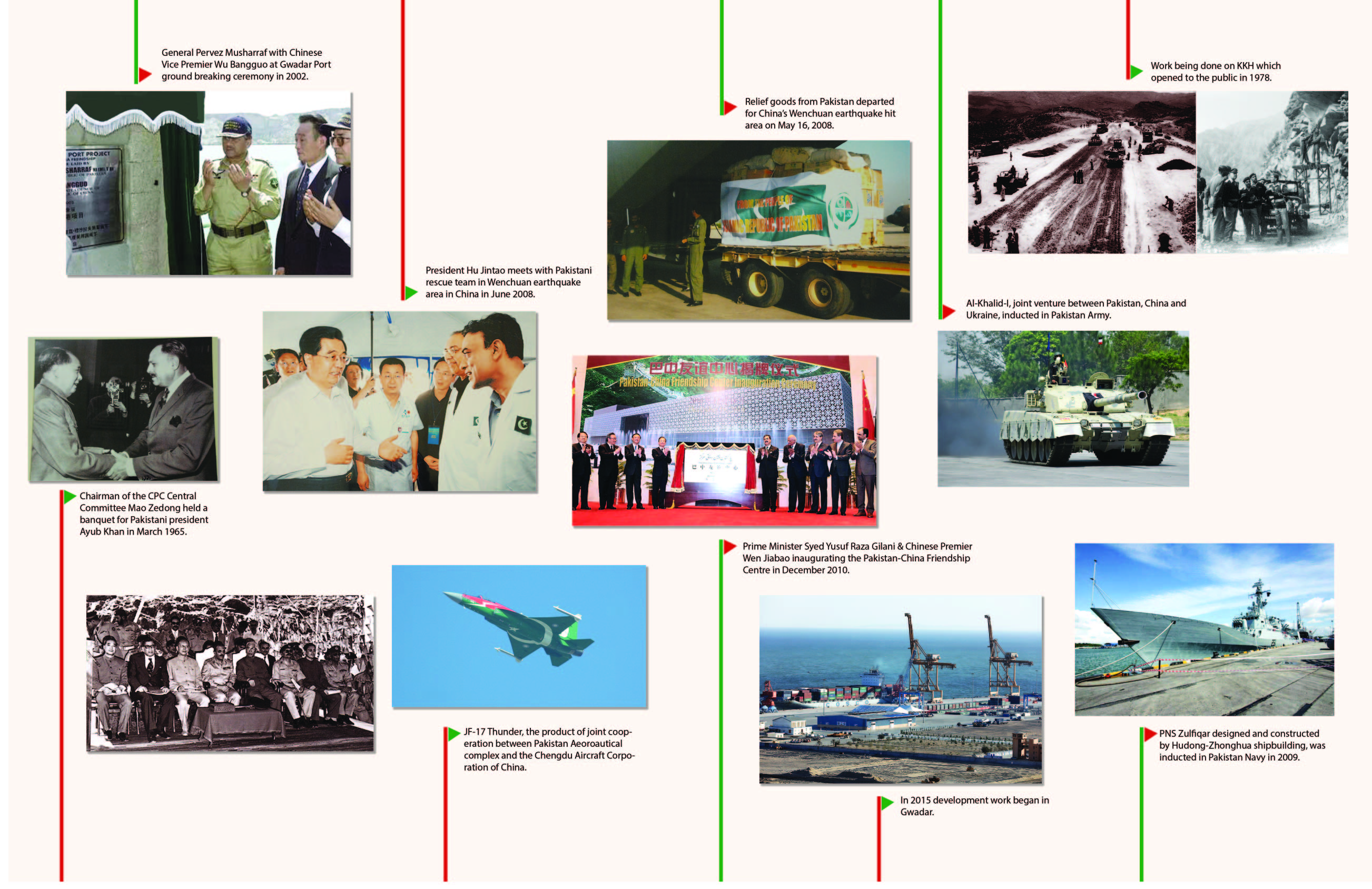 The writer has served as Pakistan’s Ambassador in Germany, Singapore and Mauritius. He worked in China for two diplomatic assignments for nearly a decade. He is the author of several books on China. Currently, he is Director Chinese Studies Centre, National University of Science and Technology (NUST). Islamabad.
E-mail: [email protected]