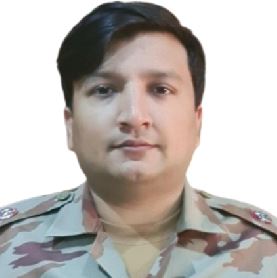 On February 27, 2017, I flew to Central African Republic (CAR) with UN peacekeeping contingent of Pakistan Army for peace enforcement. Our contingent PakBatt-3 (9 Baloch Regiment) comprises all ranks prepared diligently to undertake this duty. As I already knew about the ongoing situation in Central African Republic through the news and information on the internet, I prepared myself for what was going to be a challenging task. 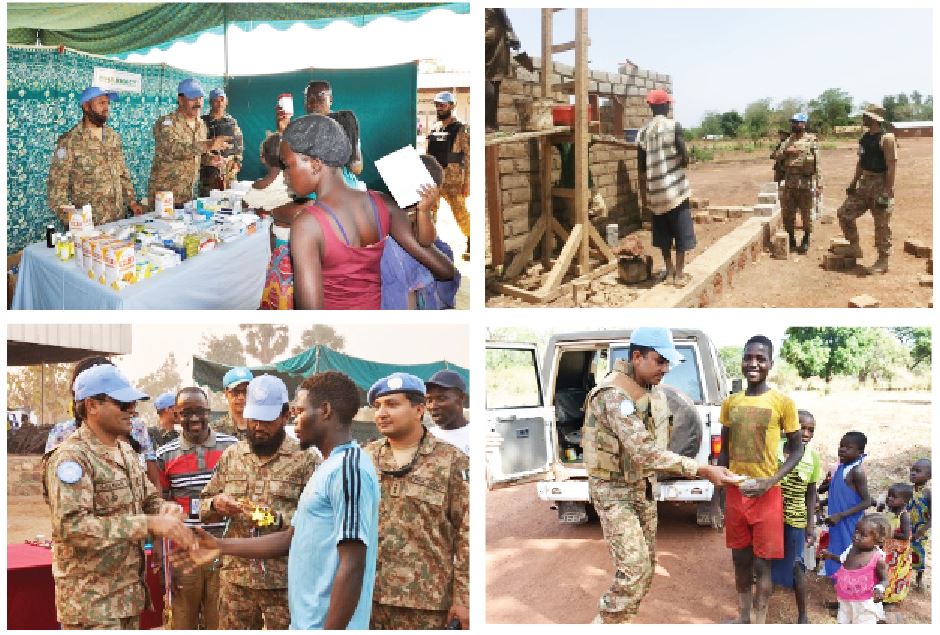 Central African Republic is a landlocked country bordered by Chad to the north, Sudan and South Sudan to the northeast, the Democratic Republic of the Congo and the Republic of the Congo (Brazzaville) to the south and southwest, and Cameroon to the west. CAR covers a land area of about 620,000 sq km and has an estimated population of around 4.9 million. The country came under French colonial rule late in the 19th century and after independence in 1960, CAR was ruled by autocratic leaders. The Central African Republic’s war began in 2004, and despite a peace treaty in 2007 and again in 2011, civil war resumed in 2012, further worsening the country’s poor human rights record, characterized by an upsurge in abuses such as arbitrary imprisonment, torture and restriction on freedom of press and freedom of movement by armed groups.
In the face of severe security, humanitarian and political crises in CAR and its implications for regional security, the United Nations multidimensional integrated stabilization mission (MINUSCA) was authorized in 2014. Pakistan’s 3rd contingent arrived on February 27, 2017 with high morale, clear on the objective to advance peace in the country in the face of unseen challenges. I knew my unit had already served twice in the operation area and had experience in facing challenges of various natures whether it be natural calamity or law and order enforcement within the country. Our well-prepared troops with ample training under the supervision of GHQ military operations team had fair knowledge of challenges which we would surely come across the mission. Some of the mandates given to us as a contingent were:
▪    Support for peace process.
▪    Facilitating the quality of life.
▪    Protection of human rights.
▪    Disarmament.
▪    Demobilization.
▪    Reintegration.

There are two major armed groups who are the cause of insecurity in most of the country with their militia. Of these armed groups, one is led by Ex-Seleka (Muslim armed group) and other is Anti-Balaka (Christian armed group). With the knowledge of the challenges and difficulties faced by the previous contingent in fulfilling the mission objective, we had a clear idea of the scope of the issue as well as the insight from their reports. One of the challenges we faced was the language barrier, with French being one of the official languages for the mission area, it was important for each individual to master the language.
From the time we landed there, everywhere we saw hunger, poverty, dejection and some hope in the eyes of local people who were being treated brutally by armed groups. Their eyes were crying out for help. With the civil strife and violence at the hands of armed groups causing innumerable harm, the safety and quality of life of the people of CAR is severely affected.
There are different appointments in our contingent (PakBatt-3) and one of the most difficult ones was CIMIC (civil-military cooperation) officer. Our contingent lies in the center of the country, mostly dominated by Muslim armed group. I can never forget the scenic beauty of the country which always reminds me of the northern areas of Pakistan. Some of the major activities which our battalion undertook were:
▪ Setting up 65 free medical camps and treating about 5,000 patients in the whole year.
▪ Providing over 500 escorts of around 8000 km to other UN outfits working in our area.
▪ Fire fighting in relief camp where our soldiers received injuries while saving the lives of civilians.
▪ Saved the city of Kaga Bandoro from civil riots between armed groups on the eve of Christmas.
▪ Distribution of ration to far-flung areas in support with WFO for over 5000 homeless people in a year.
▪ Starting interdistrict football tournament in which 16 football teams participated with full zeal and enthusiasm. This entire tournament was proudly sponsored by PakBatt-3 and included provision of football kits and shoes. That’s the turning point where we took a lead in organizing an epic friendly football match between Christians and Muslims. It was a slightly tense night for all of us who were organizing this match. The next morning, the whole city was in the stadium. The match was nothing less than outstanding. People were jubilant to see their neighbors participating in the friendly tournament.
▪ Starting a technical training programme for the youth who were previously members of armed groups in our battalion headquarter with the help of MINUSCA staff. There they were given training for the vocation of a mechanic, carpenter and mason and later we gave them their own tool kits to establish their own shop and start living a peaceful, respectable life.
▪ For kids, of course, we built the first-ever children’s park in the heart of the city where we installed swings, seesaws and other attractions. This initiative was praised by all UN higher ups and locals, and was inaugurated by head of UN mission in Kaga Bandoro. In addition to this, there was a display of cartoons every weekend for the kids on a big screen, an event which was appreciated by the locals. Sometimes it was very difficult for us to close the set up because kids used to start dancing in front of the screen and forced us to show them more cartoons.
As my mission’s culmination date neared, I felt emotionally attached to the people in our operation area. There was so much mutual respect between the people of Central African Republic and our Pakistani forces that I witnessed there. To express their love for our country they would sing our national songs. We bow before Allah that due to His blessing, we were able to do our part and make a little contribution in improving their lives and perception of Pakistan in their minds so that the next contingent may have a better platform to start with.
On February 27, 2018 we gathered once again at Bangui airport to fly back to Pakistan. I had mixed feelings. I saw the same kids with determined smile. That’s the achievement and satisfaction we received on return. As Force Commander CAR Lieutenant General Balla Keita, on his visit to battalion headquarter once said, “I have not seen such a professional army in my command which has zero UN violation case in the whole year.” This was a combined team effort we all put in.