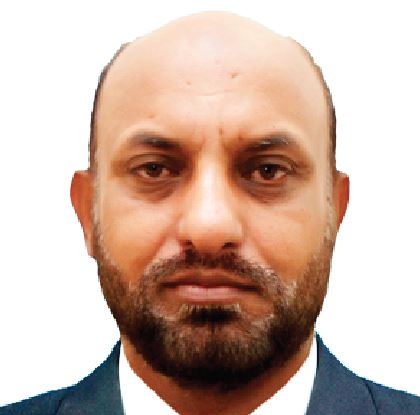 Every state, may it be smaller or greater, has its political and geographical impact on other neighboring and regional states. In the intellectual discourse, the impact of geopolitical position of a state on other states is referred as geopolitics. By virtue of its location, Pakistan is considered among one of the blessed countries, full of multifaceted potentials. Geographically, Pakistan (a potential gateway of regional economic connectivity) is the hub of existing and emerging economic zones of the Middle East (Arabian and Persian Gulf), Central Asia, South Asia, China and Russia. With the changing political environment in South Asia, Pakistan needs to find new and parallel policy options. In the future, Pak-U.S. relations would play an important role in politics, economy and security related issues of South Asia, especially for Afghanistan.
The history of Pak-U.S. relations has remained unpredictable in its nature since the beginning. The initial stage of engagement was welcomed warmly by U.S. when the Prime Minister of Pakistan Liaqat Ali Khan paid an official visit to the U.S. Both states experienced various phases of bilateral engagement with many ups and downs during the regional agreements, Pakistan-India wars, civilian and dictatorial regimes, Pakistan’s nuclear program and, recently, in Pakistan’s commitment to regional economic connectivity through China-Pakistan Economic Corridor (CPEC). In the beginning of 2018, the relations were spawned by U.S. President Donald Trump’s tweet in which he blamed Pakistan for deceiving the U.S. in Afghanistan. Apart from ignoring the huge sacrifices made by Pakistan in the war against terrorism, Pakistan was put under pressure in the revised South Asian policy of U.S. The new U.S. policy was not merely rhetoric but was followed by concrete policy actions. The Coalition Support Fund was suspended and Pakistan was also put on Financial Action Task Force, (FATF) grey list. The training of Pakistani military officers in different U.S. military institutions was also banned. Pakistan was squarely blamed for the law and order situation in Afghanistan. However, the U.S. President then wrote to Prime Minister Imran Khan seeking Pakistan’s help in bringing peaceful resolution to the Afghan war.

It is the first time that U.S. has recognized Kashmir as the core issue between Pakistan and India. Trump’s offer of mediation on the issue has been warmly and wholeheartedly welcomed by Pakistan’s government, media and public. India, however, continued its stereotypical approach and has remained reluctant to discuss a third party’s role.

The writer is an analyst of international relations, including domestic, global and media politics.
E-mail: [email protected]