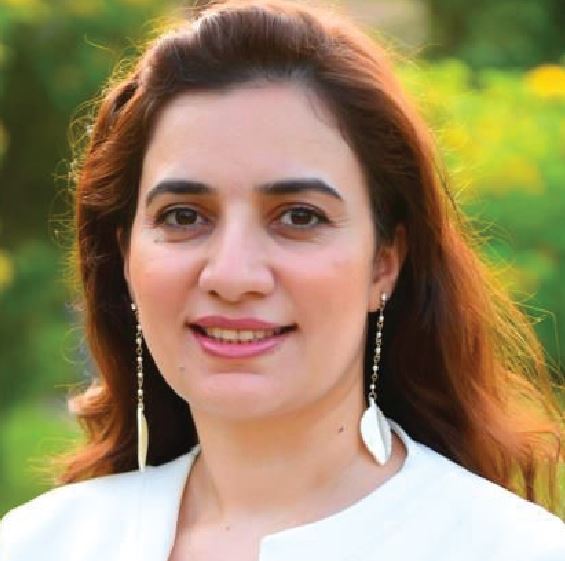 Pakistan remained on the FATF Grey List for three years. After committing to the action plan by FATF, Pakistan was finally acknowledged by the watchdog as successful in achieving the task.

Pakistan's journey on the Financial Action Task Force (FATF) grey list from June 2018 to June 2022 was tumultuous. Throughout this journey, Pakistan had been continuously working to comply with the FATF requirements to combat money laundering and terror financing. Before we get into the details, let's explore what FATF is and how it restricts other states to address the organization’s concerns.

After 9/11, the FATF expanded into CFT and anti-terror measures, which made its role more contentious given that the War on Terror was fraught with tense and controversial international politics.

At the G7 Summit in Paris in 1989, the FATF was established. The genesis of the FATF was in response to the drug wars of the 1980s1 and at the beginning, it was an 11-member task force with a one-year mandate, focused solely on stopping the flow of funds from the illicit narcotics trade. Estimating the amount of money laundered yearly entailed estimating the value of the narcotics market to the exclusion of all else.2 Currently, it comprises 37 member jurisdiction and two regional organizations, representing most major financial centres in all parts of the globe. The organization was formed in response to mounting concern over money laundering in the 1980s. In retaliation to the drug trafficking and particularly money laundering threat posed to the banking system and financial institutions, the G7 Heads of State or Government and President of the European Commission convened the Task Force from the G7 member states, the European Commission and eight other countries. From those humble beginnings, the expansion of the FATF is considered surprising when looking at early predictions of its somewhat meagre role as a responding agency to a ballooning global drug trade.3
However, since its inception, FATF has been working as a financial watchdog at the global level. Those in violation of the FATF requirements are put under the grey and black list. Hence, the FATF grey and blacklisting often comes under discussion at the international forums but what does it mean in the literal sense?
Under the grey-listing, FATF places serious financial jurisdiction such as increased financial monitoring as a result of their Anti-Money Laundering (AML) and Counter-Terrorist Financing (CTF) deficiencies. It further means that the country must commit to swiftly resolve the identified strategic deficiencies within the agreed timeframes and is subject to increased monitoring. This list is often externally referred to as the grey list. Till June 2022, 23 countries were on the grey list including Pakistan. FATF recently added Jordan, Mali, Turkey and the United Arab Emirates (UAE) to the grey list. Whereas, under the blacklisting, FATF put a bar on those states' financial capabilities that are deemed to have significant strategic deficiencies in their AML/CFT regimes. To date, North Korea and Iran are on the blacklist.

FATF can be a truly lethal form of coercion with significant collateral damage within societies if applied as an instrument of hegemony.

After 9/11, the FATF expanded into CFT and anti-terror measures, which made its role more contentious given that the War on Terror was fraught with tense and controversial international politics. The FATF has subsequently expanded into anti-nuclear proliferation4 and recently into virtual assets such as cryptocurrencies.5 Despite its novel cause, FATF often becomes a target of controversial debates and a tool of hybrid war. But the question is how is it used as a tool of hybrid war?
Hybrid warfare in the economic domain has also been described as finance warfare,6 which is where FATF fits in. FATF can be a truly lethal form of coercion with significant collateral damage within societies if applied as an instrument of hegemony.7 Simmons has convincingly argued that the FATF is a unique reflection of the West’s (U.S./EU) deliberate efforts to impose its agendas on other nations.8 Hence, it is a political organization that pressurizes other states to achieve international power objectives. De Olivera argues that the great powers such as the U.S. and its allies are the main influencers in the making of the AML/CTF to fulfil their economic and security interests.9 Luttwak’s observation further elaborates that great powers are in the business of threatening, rather than being threatened10, hence they can go to any extent to achieve their desired objectives. De Olivera analyzes the statements of FATF presidents, and she remarks that, by and large, the great powers determine in the FATF what the priorities of larger fora will be, [thus] confirming their importance as agenda-setting powers.11 A glimpse of this was seen in the FinCEN leaks of 2020, which showed that Pakistani money laundering was a tiny drop in the ocean ($2.5 million out of $2 trillion), while India’s suspicious money laundering transactions involved all major national lending institutions and amounted to $890 million, or 400 times more than that in Pakistan.12
Secondly, there is a cherry-picking exercise when it comes to the grey and black listing of states.13 According to the Association of Chartered Certified Accountants (ACCA), and as reported in The Indian Express, India’s shadow economy amounts to 17.2 percent of the GDP (2017), which would equate to $516 billion, which is larger than the entire economy of Denmark, Malaysia, or even the UAE. The ACCA report further noted that the shadow economy will fall to 13.6 percent of GDP by 2025. The global average is expected to fall from 22.5 percent to 21.39 percent of GDP over the same period. The prevalence of shadow economic activity brings up considerable practical and ethical issues for both business and government. According to the Global Financial Integrity (GFI) think tank, India’s black money flows were the fourth highest in the world, at $510 billion over the period 2004-2013, or $51 billion annually, and the growth in the black money economy shows no signs of abating in India.14 Then why is India neither blacklisted nor greylisted by the FATF?

India’s suspicious money laundering transactions involved all major national lending institutions and amounted to $890 million, or 400 times more than that in Pakistan.

On the other hand, the FATF Paris-based watchdog had included Pakistan in its greylist since 2018. Pakistan followed a twofold strategy to grapple with the FATF concerns such as addressing compliance and showing resistance. Since June 2018, when Pakistan made a high-level political commitment to work with the FATF and Asia-Pacific Group to strengthen its AML/CFT regime and address its strategic counter-terrorist financing-related deficiencies, Pakistan’s continued political commitment led to significant progress across a comprehensive CFT action plan.
In response to additional deficiencies later identified in Pakistan’s 2019 Asia Pacific Group Mutual Evaluation Report (MER) in June 2021, Pakistan provided further high-level commitment to address these strategic deficiencies according to a new action plan that primarily focuses on combating money laundering. Since June 2021, Pakistan undertook swift steps towards improving its AML/CFT regime and completed 6 of the 7 action items ahead of any relevant deadlines including by demonstrating that it is enhancing the impact of sanctions by nominating individuals and entities for UN designation and restraining and confiscating proceeds of crime in line with Pakistan’s risk profile. Pakistan continued to address the one remaining item in its 2021 action plan by demonstrating a positive and sustained trend of pursuing complex money laundering investigations and prosecutions.

At its June 2022 Plenary, the FATF determined that Pakistan has substantially completed its two action plans, covering 34 items. The watchdog would do on-site visits to verify that the implementation of Pakistan’s AML/CFT reforms has begun and is being sustained.

As a result, FATF recognised Pakistan’s progress and efforts to address these CFT action plan items and notes that since February 2021, Pakistan had made progress to complete two of the three remaining action items on demonstrating that effective, proportionate and dissuasive sanctions are imposed for terrorist financing convictions and that Pakistan’s targeted financial sanctions regime was being used effectively to targeted terrorist assets.15 This highlights Pakistan’s determination to eradicate AML and CFT on its soil.
At its June 2022 Plenary, the FATF determined that Pakistan has substantially completed its two action plans, covering 34 items. The watchdog would do on-site visits to verify that the implementation of Pakistan’s AML/CFT reforms has begun and is being sustained. The FATF would also assess that the necessary political commitment remains in place to sustain implementation and improvement in the future.

The writer is serving as Assistant Professor at the Department of government and Public Policy, School of Social Sciences and Humanities, NUST.
E-mail: [email protected]