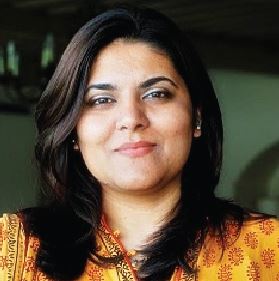 Irrespective of the nefarious designs of the enemies to malign Pakistan’s image at the regional and global level, the country and its resilient nation through its numerous peace initiatives have time and again demonstrated that Pakistan readily supports peace and stability despite all odds.

Pakistan has been caught up in certain descriptions or narratives which affects not only its own position but peace in the region as well. The power of the narrative must not be underestimated. These are the stories we make up about our reality to make sense of it. Maulana Rumi’s words aptly apply here, as he said, “Don’t be satisfied with the stories, how things have gone with others. Unfold your own myth”. Pakistan has seen many ups and downs since its inception. It is the national characteristics of our people that has always been of a resilient nation which has proved wrong the doomsday scenarios presented about the country.
Pakistan is the fifth most populous nation in the world. It has played a key role at the international level. As the second largest Muslim nation in the world, Pakistan has a critical and influential voice in the Muslim world. A nation of 220 million people started its journey in 1947 from scratch, building not only an administrative and political system, but also embarked on a tough path of nation-building in the seventy five years of its existence. While dealing with the challenges of internal stability and national cohesion as well as trauma of dismemberment in 1971, Pakistan continued to strive for a place as a sovereign nation with a prominent role in regional and global politics.
A glance at Pakistan’s role as a staunch proponent of peace includes innumerable examples where it has been actively engaged with international initiatives for peace and stability. Pakistan believes in condemning violence in all shapes and forms. From being a victim of religious extremism and terrorism, it has emerged as a nation with a strong resolve to strive for a better world.

Pakistan has seen many ups and downs since its inception. It is the national characteristics of our people that has always been of a resilient nation which has proved wrong the doomsday scenarios presented about the country.

Geography has not been very helpful to Pakistan, but one can’t choose the neighbors. Having hostile environment on both Eastern and Western borders, Pakistan had to choose a path to continue working for regional peace. Big power rivalries and proxy wars by other regional powers could not deter the resolve of the nation to move forward for stability and cooperation.
Pakistan has been one of the biggest contributors in United Nations (UN) peacekeeping mission, its contribution has been recognized by the UN on several occasions. Former UN Secretary-General, Ban Ki-moon while addressing a seminar at National University of Sciences and Technology (NUST) in 2013 stated that it was impossible to talk about history of UN peacekeeping without highlighting Pakistan’s contribution. Pakistan is also proud to contribute to the UN women peacekeepers team deployed to Congo in 2019. Pakistan’s firm position in the peaceful resolution of all conflicts and preventing escalation of violence in any part of the world has been consistent and acknowledged.
In the contemporary complex world of rapidly changing political dynamics where trust is a rare commodity, pursuing the objectives of peace is difficult, if not impossible. Pakistan has been involved in many peace processes whether it was with India in the form of composite dialogue or bringing warring groups in Afghanistan to the table. With India, Pakistan’s consistent position is to engage in dialogue and peacefully resolve all disputes including Kashmir conflict through UN resolutions.
Unfortunately, India has not been forthcoming when it comes to peacefully resolving the conflicts. Since 2014, under Modi regime, India has taken an aggressive stance against Pakistan and does not seem to be interested in any kind of a dialogue. Perhaps, Baharatiya Janata Party’s (BJP) political constituency is based on belligerent approach towards Pakistan that helps it win the elections. India has blocked any effort for peace that Pakistan initiated in the past decade or so. South Asian Association for Regional Cooperation (SAARC)’s regional platform has also suffered greatly due to India’s refusal to engage with Pakistan.
Nevertheless, Pakistan remains committed to peace, but engaging in peace talks with its neighbors does not mean accepting its prescription for conflict resolution, but exploring various options to resolve long-standing conflicts.

Pakistan believes in condemning violence in all shapes and forms. From being a victim of religious extremism and terrorism, it has emerged as a nation with a strong resolve to strive for a better world.

On Afghanistan, Pakistan stands by its oft-repeated position that peace is crucial not just for Afghanistan but for Pakistan as well. Instability in Afghanistan has grave consequences for stability in Pakistan. Therefore, any effort – both at regional and global level – to help establish peace in Afghanistan has always been welcomed by Pakistan. Doha Agreement was one such effort where Pakistan facilitated the process of making Taliban engage with the U.S. administration for final withdrawal. Pakistan is actively engaged in peacebuilding efforts in Afghanistan, asking the international community not to abandon Afghanistan and continue the humanitarian aid for the people to survive in times of extreme poverty. Peacebuilding as a concept has been widely discussed, particularly in the last century. Peace scholars have defined peacebuilding in relation to a conflict scale from conflict prevention to peacemaking and peacekeeping.
An important component of Pakistan’s National Security Policy 2021 is human security. Pakistan has given the message to the world that as a developing country, our focus is on geoeconomics, engagement with all and hostility with none. While traditional security is important and our armed forces are well equipped to deal with any challenge, it is the nontraditional security challenges that Pakistan wants to focus on. These nontraditional challenges are not country-specific but affect all, whether its climate change, violent extremism, international criminal activities, small arms and drugs. Regional cooperation in this regard can help protect the people of the South Asian region.
Globally, Pakistan’s policy of no aggression against any country and zero tolerance against occupation and aggression is evident from its position on India’s illegal occupation of Kashmir and Israel’s aggression against Palestine.
Pakistan continues to engage with multilateral platforms beyond South Asia. Reviving Economic Cooperation Organisation (ECO), active participation and hosting the latest meeting of Organisation of Islamic Cooperation (OIC) in Islamabad and engagement with China, Russia and Central Asia through Shanghai Cooperation Organisation (SCO) are some examples. Pakistan has been quite successful in regional and global diplomatic endeavours and the world cannot ignore the effort and intention with which Pakistan managed to host the OIC meetings. It also shows Pakistan’s stance on multilaterism.

Baharatiya Janata Party’s (BJP) political constituency is based on belligerent approach towards Pakistan that helps it win the elections. India has blocked any effort for peace that Pakistan initiated in the past decade or so. South Asian Association for Regional Cooperation (SAARC)’s regional platform has also suffered greatly due to India’s refusal to engage with Pakistan.

Pakistan’s active role in regional and global cooperation is evident through China-Pakistan Economic Corridor (CPEC). The initiative between Pakistan and China has regional and international impact. The project is not only Pakistan specific, but it is a part of the Belt and Road Initiative (BRI) that aims to bring nations closer and engage in economic activities for the betterment of the common people who live in areas that are still far from urbanization and development. Pakistan’s commitment to CPEC is to play a meaningful role in geoeconomics with a forward looking approach.
One feature that is recognized and appreciated widely is Pakistan’s mature conduct of its policy decisions in times of crisis. The return of Abhinandan, the Indian pilot, the restraint after India’s missile landed in our area, or facilitating Sikh pilgrims to Kartarpur are the signs of diplomatic and political maturity of a nation who believes in peaceful coexistence.
Pakistan believes that one’s position in global politics cannot be based on aggressive rhetoric. A country’s commitment towards peace is determined by the action it takes within and outside the region. Having faced severe violence in the form of terrorism for two decades, loosing precious human lives of both civilians and armed forces, Pakistan will not let its soil be used for others’ interests. Pakistan is not interested in camp politics; it believes in keeping good relations with all and defending its borders with an iron fist if faced with any aggression.
Pakistan’s role in the UN resolution on Islamphobia has been recognized and lauded by the Muslim world. Pakistan played a crucial role to get March 15 designated as the International Day to Combat Islamphobia. This initiative was not only to highlight the prejudice that Muslims all over the world face, but it also shows Pakistan’s leadership role on issues of importance at the global level. It reflects Pakistan’s resolve to stand against all forms of discrimination and intolerance against any community or a group.
Political history of nations is full of lessons that suggest that diversity in perspectives helps create stability within and outside countries. Providing an open political and social environment leads to a relationship based on trust. Pakistan’s regional and global outlook is to engage with all its neighbors as well as nations outside the region with respect for international norms and traditions.
Seventy five years of continuous struggle against all odds has made Pakistan more determined to follow a policy of peace and security as a cornerstone of its foreign policy. This is the time to seize the moment to move with a positive mindset and galvanizing our energies for cooperation. Pakistan firmly believes in dialogue and diplomacy based on mutual respect and equality, trust and conflict resolution approach. Pakistan takes pride in following the guidelines from the founder of the nation, Quaid-e-Azam Muhammad Ali Jinnah’s address delivered on August 15, 1947 where he stated, "Our objective should be peace within and peace without. We want to live peacefully and maintain cordial and friendly relations with our immediate neighbors and with world at large. We have no aggressive designs against anyone. We stand by the United Nations Charter and will gladly make our contribution to the peace and prosperity of the world."

The writer is Head of Department of Peace and Conflict Studies at National Defence University, Islamabad.
E-mail: [email protected]