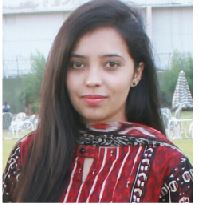 People are trapped in history and history is trapped in them.
–James Baldwin

Partition of the subcontinent is a hotchpotch of blunders committed by the British that have been and could keep on haunting the future of the millions of people in the region. Kashmir is one such example where every day thousands of innocent people are reliving the bitter past. Pakistan and India have fought several wars on Kashmir but the issue has only grown more chaotic. In order to see the issue in its historical perspective, a careful study of the written historical accounts, official documents in accordance with the chronological order of events is necessary.

India’s argument regarding its occupation of Jammu and Kashmir revolves around the point that since the Maharaja of the erstwhile princely state signed the Instrument of Accession, effectively handing over the state to India, it gave India the right to defend its territory being invaded by “tribesmen”. In order to give legitimacy to this argument and cement it in the international arena, India has concocted a story around the events leading to the signing of the Instrument of Accession.
The Indian narrative is that V. P. Menon got the Instrument signed from the Maharaja on October 26, 1947 which gave way to the airlifting of Indian troops to Srinagar in the early hours of October 27, 1947. Interestingly, only a little thread bearing of the chronological events during this period rips apart the Indian case on Kashmir. Consider.
First, through several published accounts, we know that on the morning of October 25 the Kashmir crisis was discussed by the Indian Defense Committee headed by Governor-General Lord Mountbatten. The committee decided to supply the Maharaja with arms and ammunition. Moreover, Mountbatten, in that meeting, argued that the accession of the Himalayan state to India had to precede the military intervention for legitimacy. Following the meeting of the committee, V. P. Menon was instructed to go to Srinagar “to investigate the situation on the spot” and meet the Maharaja. Hence, one can safely conclude that there was no signed Instrument of Accession on October 25, 1947.
Second, Alastair Lamb, in his book Incomplete Partition (p. 151), states that at the dawn of October 26 the Maharaja left Srinagar in a bid to move his government to Jammu, safely on the other side of the Banihal Pass. It is safe to say that he could not have reached Jammu before late that evening. Furthermore, before he left Srinagar, according to V. P. Menon’s published accounts, the Maharaja said that he wanted India’s help but discussed no specifics. Moreover, at that time, he signed no constitutionally binding papers. Stanley Wolpert, too, in his seminal work, Jinnah of Pakistan (p. 349), claims that V. P. Menon returned to Delhi from Srinagar on October 26 with no signed Instrument of Accession. Hence, the assumption, that there was no signed Instrument of Accession before the Maharaja left for Jammu on October 26, 1947 is closest to reality.
Third, according to Mehr Chand Mahajan’s autobiography Looking Back (pp. 151-54), after the Maharaja left Srinagar, V. P. Menon along with M. C. Mahajan, the State’s Prime Minister, left for Delhi, where several rounds of negotiations took place to deal with the situation in Kashmir. Mahajan, in his published accounts, states that Nehru asked him to accompany V. P. Menon to Jammu and inform the Maharaja that India would intervene if the Maharaja signed the Instrument of Accession. It would be pertinent to reiterate that the Maharaja, at that time, hadn’t reached Jammu and was on the move. In his autobiography Prime Minister Mahajan claims that he refused to leave Delhi until aerodrome officer at Srinagar reported by radio that the Indian troops had landed, which was not before 9 a.m. on October 27. In addition to that, Alastair Lamb claims that V. P. Menon, too, did not go to Jammu on October 26. He bases this claim on the “wide range of documents including Nehru’s own correspondence and the records of British High Commission” in Delhi. Furthermore, even Mountbatten agreed that there was no signed Instrument of Accession on that day. While speaking to Ian Stephens of The Statesman newspaper on October 26, Mountbatten said, “The Maharaja’s formal accession to India was being finalized”, amplifying that it was an incomplete process at the time. Through this evidence, one reaches the inescapable conclusion that there was no signed Instrument of Accession on October 26, 1947.
Resultantly, Alastair Lamb claims that “a master magician would have great difficulty in conjuring up a signed Instrument of Accession on October 26, 1947, at least on the basis of the available documentary record. Without such an Instrument, the obvious conclusion is that the Indian troops were flown in to Srinagar airfield before the State of Jammu & Kashmir formally acceded to the Indian Union.”
Supporting Alastair Lamb’s conclusion, Stanley Wolpert, too, states that the Instrument of Accession was only signed by Maharaja after Indian troops had taken control of State of Jammu & Kashmir’s capital, Srinagar. Srinath Raghavan in his work, War and Peace in Modern India (p. 108), also agrees with this aforementioned assertion. Thus, basing on Lamb, Wolpert and Raghavan’s assertion, it can be argued that either the Maharaja signed the Instrument under duress, which effectively renders it null and void legally, or it was a tool to legitimize the Indian military intervention in the Himalayan state, which was technically an independent entity at the time.
The Indian state has always used the signing of Instrument of Accession as the principal argument to justify its occupation of Kashmir. The wide dissemination of the idea by the Indian government/intelligentsia that the Instrument of Accession was actually signed on October 26, 1947 was, using Alastair Lamb’s words, “to create the desired impression of what had happened was legitimate”.
It is unfortunate that Pakistan has never forcefully disputed the date of the signing of the Instrument of Accession. Instead, the country’s major push in matters pertaining to Kashmir has been solely revolving around the subsequent human rights violations by the Indian state in the disputed region. If Pakistan had spent its diplomatic capital on disputing the foundation of India’s stance on Kashmir, it would have been successful in morally, legally and politically deflating India’s case, not only in the court of international public opinion but also at the UN. There is a need to highlight these historical facts to international audiences and in interactions with foreign dignitaries. The need of the hour is that Pakistan legally fights its Kashmir case with logic based on historical facts and expose India’s illegal occupation of Jammu and Kashmir.