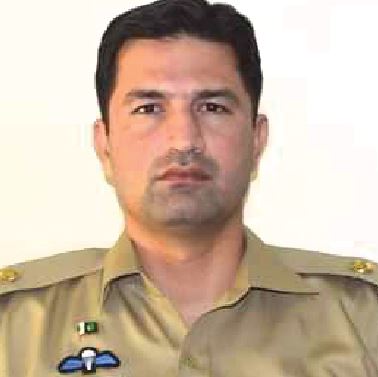 Given the unprecedented nature of floods in Pakistan during the recent monsoon season, the Prime Minister directed for the establishment of a national level response coordination centre to better synergize the national response to the disaster caused by the recent floods.
Establishment of a National Flood Response Coordination Centre (NFRCC) with representatives from federal and provincial governments and Armed Forces was aimed to better articulate and synergize flood relief efforts across the country during rescue, relief and rehabilitation/reconstruction stages. The Centre assesses, plans, executes and coordinates various facets of the response to the flood situation while synchronizing internal and international elements of the relief effort besides provisioning the requisite preparatory foresight in the long run for introducing the required resilience in the national system/infrastructure against such future disasters.
The Coordination Centre is headed by the Prime Minister with Minister for Planning, Development and Special Initiatives as its Deputy Chairman. Commander Army Air Defense Command acts as a National Coordinator. Secretariat of NFRCC is housed at the National Emergency Operations Centre (NEOC), Earthquake Reconstruction and Rehabilitation Authority (ERRA) Headquarters and functions under the National Coordinator.
NFRCC acts as a bridge between government institutions, disaster management authorities and donors to ensure a seamless rehabilitation process of flood affectees all across Pakistan. The Terms of Reference (ToR) of NFRCC are as under:
▪     Interface with international and bilateral donors to ensure the availability of required relief and rehabilitation resources to enable national relief and rehabilitation effort (Responsibility of NDMA).
▪  Interface with International Non-Governmental Organizations (INGOs) to help integrate their efforts with the overall national response (Responsibility of NDMA).
▪  Undertake required international/local procurements of relief items, as required (Responsibility of NDMA).
▪  Coordinate with provincial disaster management authority for the smooth conduct of relief operations by NFRCC (Responsibility of NDMA).
▪  Arrange and coordinate visits of diplomatic community and foreign journalists etc., in coordination with the concerned ministries (Responsibility of NDMA).
▪  Collect and analyse the latest information and share with relevant stakeholders for an apt response, achieve optimum synergy between federal/provincial departments, disaster management authorities, donors and Armed Forces by acting as a bridge.
▪  Oversee and ensure availability of required resources to facilitate provincial efforts with respect to the ongoing relief operations.
▪  Synchronize and synergize collection efforts of relief items from government departments, relief items collection points and other local donors.
▪  Liaise and coordinate reception, packaging and transportation of relief goods obtained from international donors with National Disaster Management Authority (NDMA).
▪  Identify immediate relief needs of the affected areas in coordination with various stakeholders.
▪  Organize a comprehensive joint survey of the affected areas by multi-agency stakeholders to enable a merit-based provision of relief assistance.
▪  Oversee execution of finalized national rehabilitation/reconstruction plan in synchronization with federal/provincial stakeholders with judicious allocation of resources to enable execution of various projects.
▪  Establish priority for revival/reconstruction of damaged and destroyed national infrastructure.
The national and provincial disaster management authorities along with the Armed Forces, national and international non-governmental organizations have all been on the ground for the relief activities of the flood affectees. The national and provincial disaster management authorities have distributed 2,82,934 and 5,553,139 tents; 77,585 and 4,89,721 tarpaulins; 2,044,104 and 1,885,229 mosquito nets; and 1,26,200 and 1,731,292 food packs, respectively.
Foreign aid has also been a critical part of the overall rescue and relief efforts in the country. 30,184 tents, 2,205 tarpaulins, 5,080 mosquito nets, and 1,23,073 food packs have been received and distributed among the flood affectees through foreign aid. Table 1 further highlights the institutional aid provided for the relief efforts.
Keeping in view the scale of devastation caused by the floods, the friendly countries along with the international community came forward to provide foreign aid and humanitarian assistance. The U.S., the U.K., Australia, China and Turkey, etc., were all among the top donors to help the country during the natural calamity. Table 2 shows the relief items distributed among the provinces donated by different countries.