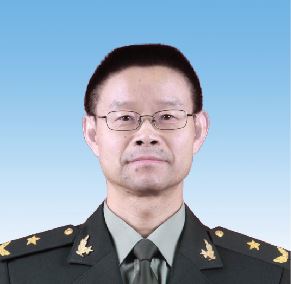 After one month of the 100th anniversary of the founding of the Communist Party of China (CPC), we are pleased to celebrate the 94th anniversary of the founding of the People's Liberation Army (PLA) on August 1, 2021. A century ago, at the time of its founding, CPC had just over 50 members. Today, with more than 95 million members in a country of more than 1.4 billion people, CPC is the largest governing party in the world and enjoys tremendous international influence. 94 years ago, the founding of PLA brought light to the Chinese people in the dark and ushered the Chinese revolution into a new era. Since then, under the great leadership of CPC, PLA has devoted itself to the liberation and stability of the Chinese nation, making great sacrifices in exchange for glorious victories in the Long March, the Anti-Japanese War, the War of Liberation, the Korean War among many others. 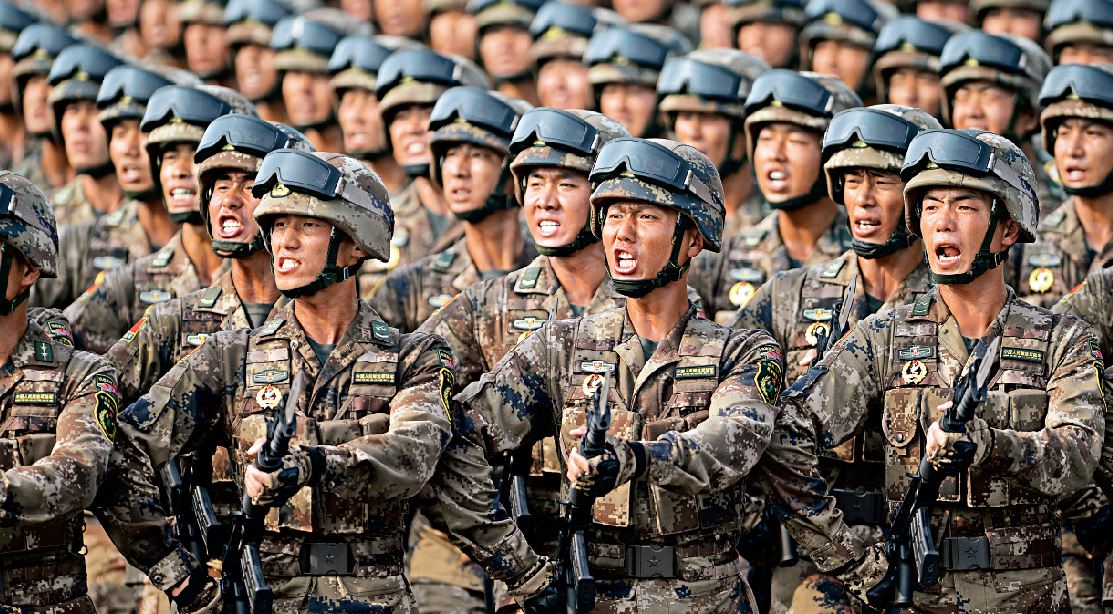 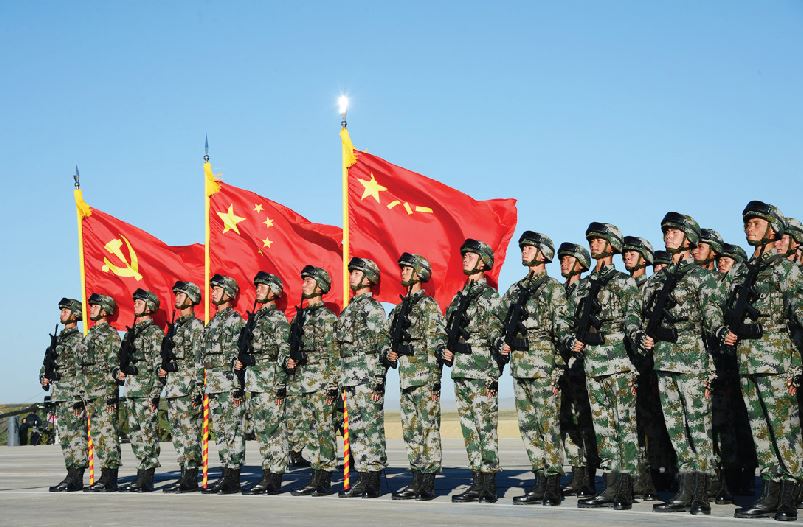 The journey of 94 years is a remarkable one. Through generations’ efforts, PLA has grown from a single-service force into a force with multiple branches, transforming from a "millet plus rifles" force to the one that has basically completed mechanization and is moving rapidly towards a strong informationized military force. In the new era, guided by President Xi Jinping’s vision on strengthening the military, PLA is reshaping itself into a world-class military force, endeavoring to provide strategic support for consolidating the leadership of the CPC and the socialist system, safeguarding national sovereignty, unity and territorial integrity, protecting China’s overseas interests, and promoting world peace and development. PLA has the determination, confidence and capability to prevail over all threats and challenges.

On August 1, 1927, the Communist Party of China (CPC) launched an armed uprising in Nanchang, Jiangxi Province, to strive for national independence and the people's liberation. August 1, the glorious day, is now celebrated as Army Day in China. Under the strong leadership of CPC, the People’s Liberation Army (PLA) has made indelible historical contributions to the Chinese people's liberation, socialist construction and reform, safeguarding national sovereignty, security and development interests, maintaining world peace and promoting human progress. PLA has become world famous as a formidable, civilized and peaceful military force.
During the Agrarian Revolution War, CPC founded the People's Army, led the Agrarian Revolution, blazed the Chinese revolutionary path of surrounding the cities from the countryside and seizing political power through armed forces, established the principles of the People's Army, formed the thoughts, strategies and tactics on people's war, and opened a new chapter of Chinese revolution in history.
During the Anti-Japanese War, CPC actively called for the constitution of a national united front against the Japanese aggression, adhered to the general principles of full-scale war and carried out a protracted war. CPC also led the People's Armed Forces to augment the front battlefield and organized extensive guerilla warfare in the enemy's rear area as the mainstay of the war against the Japanese aggression.
After winning the War of Resistance against the Japanese Aggression, Chiang Kai-shek tore apart the cooperation agreement between the Nationalist and Communist Party, and started the civil war. CPC-led People's Army was forced to launch a counterattack. Under the strong leadership of the CPC, PLA won the war at last, which led to the founding of the People’s Republic of China (PRC) on October 1, 1949.
From then on, the PRC has never started any war or conflict. Since the introduction of reforms and opening up, China has been committed to promoting world peace, and has voluntarily downsized the PLA by over 4 million troops. China has grown from a poor and weak country to be the world’s second largest economy, neither by receiving handouts from others nor by engaging in military expansion or colonial plunder. Instead, it has developed through its people’s hard work and its efforts to maintain peace. No matter how it might develop, China has always worked to safeguard world peace, contribute to global development, and preserve the international order.
In the new era, to meet the strategic demands of national security and development, China’s Armed Forces firmly implement the missions and tasks entrusted by the CPC and the people. They take solid steps to strengthen military preparedness and comprehensively enhance combat capabilities, focusing on defense and coordinating multiple domains. Efforts are being made to advance the integrated development of mechanization and informatization, speed up the development of intelligent military and create a modernized military force structure.
Building a community with a shared future for mankind conforms to the trends of the times for peaceful development, and reflects the common aspirations of all peoples throughout the world. China’s Armed Forces have responded faithfully to the call for a community with a shared future for mankind. They fulfill international responsibilities and obligations, and provide public security goods to the international community to the best of their capacity. They actively participate in the United Nations peacekeeping operations; provide escort missions in the Gulf of Aden; assist in international efforts in humanitarian assistance and disaster relief; strengthen international cooperation in arms control and non-proliferation; play a constructive role in the political settlement of hotspot issues; jointly maintain the security of international passages; and make concerted efforts to respond to global challenges such as terrorism, cyber security and major natural disasters.
Guided by Xi Jinping’s thinking on strengthening the military, China will stride forward to build a stronger military and endeavor to achieve the great goal of developing a world-class force. China’s Armed Forces stand ready to provide strong strategic support for the realization of the Chinese Dream of national rejuvenation, and to make valuable contributions to building a secure and bright shared future for mankind. 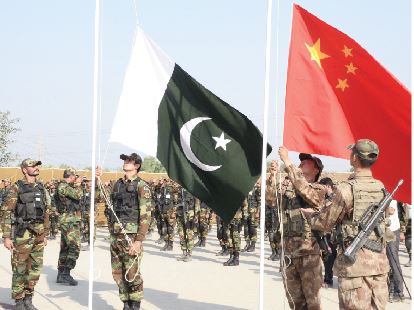 China's development cannot be separated from the world, and the prosperity of the world also needs China. The PLA has responded faithfully to the call for a community with a shared future for mankind. It actively fulfills the international obligations of a major military, resolutely upholds the purposes and principles of the UN Charter, conscientiously participates in peacekeeping and vessel escort operations, sincerely develops friendly relationships with foreign militaries, and plays a constructive role in the global fight against COVID-19. PLA will forever and ever serve as a firm force to safeguard world peace and development.
Unity is strength. Pakistan is China's iron brother, and Pakistan Armed Forces are the mainstay of China-Pakistan friendship, providing solid support for the development of bilateral relations. In the new era, building a closer China-Pakistan community with a shared future is more inseparable with the firm support of the Pakistan Armed Forces. In the recent years, the bilateral military relations have deepened steadily and much more progress has been made. It has become the norm for both top military leaders to exchange annual visits. The Army’s Warrior Exercises, Air Force’s Shaheen Exercises and Navy’s Sea Guardians Exercises are being institutionalized, and the Aman
Multinational Maritime Exercises also provides an important platform for Pakistan and China to enhance multilateral military cooperation. Pakistan enjoys a unique and special position in the heart of the Chinese people. Facing the pandemic challenge, our two governments and militaries cooperate closely for the sake of our people.
The world today is undergoing profound changes unseen in a century. Faced with complex and volatile regional security situation and various global security challenges, both China and Pakistan Armed Forces are confident and determined to unite together as brothers to tackle the threat and resolutely fight against all elements and enemies that are trying to undermine China-Pakistan cooperation. We will stand side by side to strongly protect the cherished friendship, benefit the people of the two nations, and jointly safeguard regional peace and stability!
Long live China-Pakistan friendship! Chin-Pak Dosti Zindabad!

Maj Gen Chen Wenrong is serving as the Defence Attaché at the Embassy of the People’s Republic of China in Pakistan.