There is every likelihood that the Narendra Modi government in India was not expecting the kind of commotion and widespread protests that have erupted after the Indian parliament passed the controversial Citizenship (Amendment) Act in December last year. Seen by critics as an ‘anti-Muslim’ move, Modi’s Hindu nationalist government in the centre it seems was only prepared for some token protests. 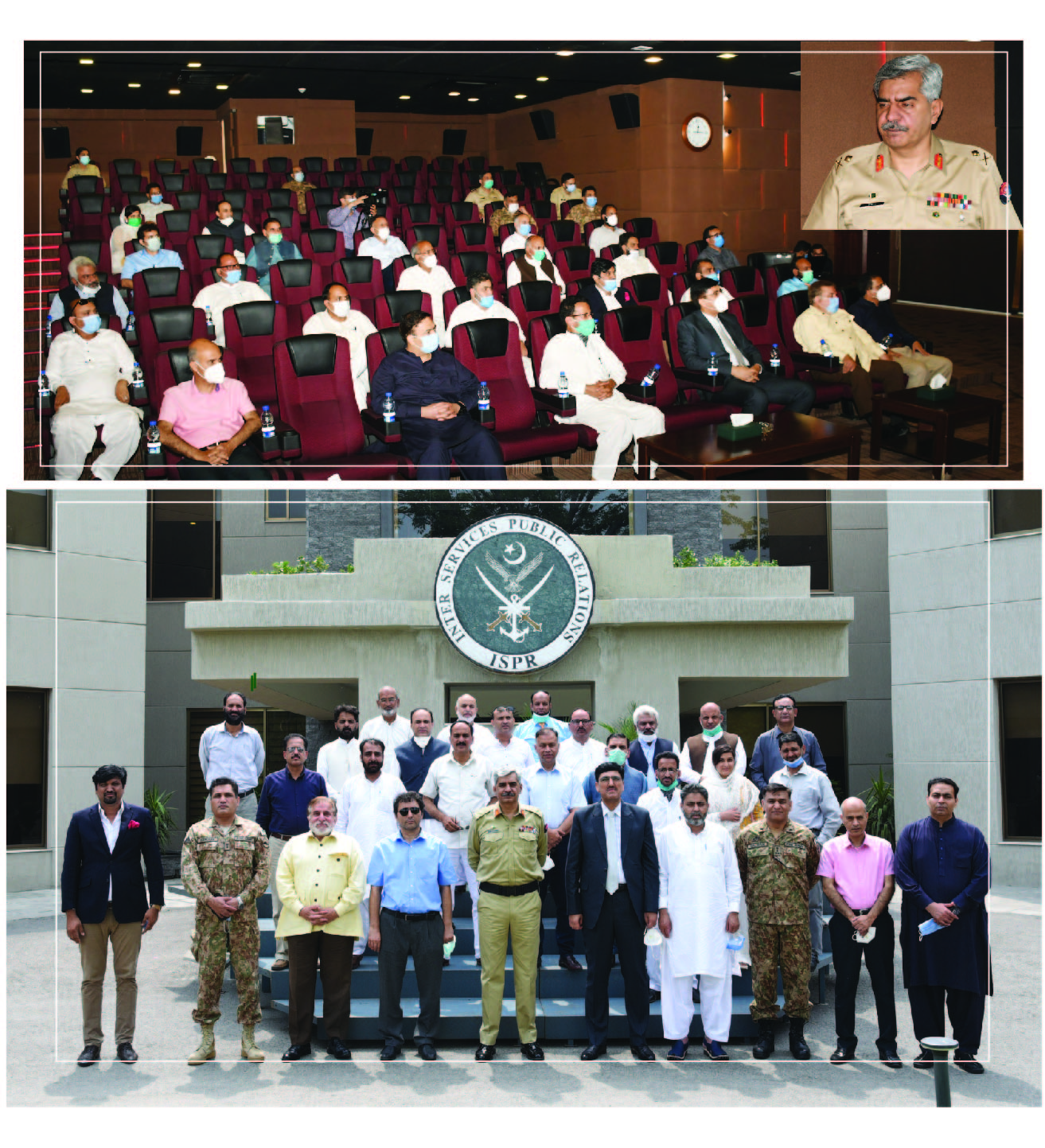 But what it got were large protests in almost every major city of India in which Hindus too participated, putting the once confident and unabashed regime on the back foot. The protests are largely being initiated and led by young Muslim and non-Muslim Indians who have described the Act as an attack against India’s constitutional secularism enacted in 1950 by the parliament.
But the question some commentators are asking is, was India ever really a secular country which is now being besieged by a sudden rise of radical Hindu nationalism? Constitutionally, India is a secular entity, mainly due to the influence wielded by its first prime minister, Jawaharlal Nehru. Nehru was a staunch secularist who commanded great respect among large sections of India’s hefty polity and political circles.
Nehru understood that even though India had a Hindu majority, this majority consisted of various Hindu sects, sub-sects, castes and ethnic groups. Also, India had significant non-Hindu minorities, mainly Muslim, Sikh, Christian and others. In fact, at the time of Partition in August 1947, there were more Muslims in India than there were in areas which became Pakistan.

What it got were large protests in almost every major city of India in which Hindus too participated, putting the once confident and unabashed regime on the back foot. The protests are largely being initiated and led by young Muslim and non-Muslim Indians who have described the Act as an attack against India’s constitutional secularism enacted in 1950 by the parliament.

So keeping India secular made sense, especially since this region had experienced vicious ‘communal violence’ between Hindus, Muslims and Sikhs during Partition. Nevertheless, it is only now that even the most vocal advocates of Indian secularism are beginning to discover that Hindu nationalism is not such a sudden occurrence.
Jolted by the rapid passage of the Act and the curious manner in which India’s Supreme Court ordered the building of a Hindu temple on the grounds of Babri Mosque in Ayodhya, many Indian commentators, who had spent a lot of intellectual and political energy in lionizing Indian secularism, are now wondering whether this secularism was a façade to hide a more organic presence of Hindu nationalism and sentiment.
The answers emerging from such questions are now not hesitating to suggest that, indeed, Hindu nationalism in the region was always a larger reality than the fringe entity it was once supposed to be. Much has already been written about the political roots of Hindu nationalism, and how it was closely paralleling forces of secularism until it burst onto the mainstream in the late 1980s.
Some three decades later, it succeeded in becoming bigger than the forces it was shadowing.
Most historians and commentators studying this phenomenon believe that it was the 1992 attack on Babri Mosque by Hindutva activists which catapulted Hindu nationalism into proper mainstream polity and politics of India.
In fact, by looking at the history of the dispute and conflict around Babri Mosque, one can actually see that the sentiment that led to the formation of Hindu nationalism was always present within sections of the region’s Hindu population.
The mosque was built in 1528 by Mir Baqi, a commander in the military of the first Mughal Emperor of India, Babar. History does not record any untoward incident or commotion caused by its construction. At least not until 325 years later when, in 1853, some Hindu Brahmans in the area began to claim that the mosque had been built over an ancient Hindu temple and on the grounds of the birth of Hindu deity, Ram.
Some Hindu commentators suggest that the Hindus had always considered the site to be the birthplace of Ram. But, again, there are no reports in the annals of the time’s history substantiating either this or any incidents of violence between the Hindus and the Muslims over the mosque until the 19th century.
In 1859, after clashes between the area’s Muslims and Hindus increased in Ayodhya, the British colonial government designated the outer area of the mosque as a place of worship for Hindus and the inner area became a Muslim place of worship. A fence was erected to separate the two spaces.
But some Hindus were not satisfied. In 1885, they petitioned a court to allow them to build a temple over a dais of the mosque. The permission was denied by the court. By now some Hindu priests were claiming that the mosque was actually built by the last Mughal king, Aurangzeb after he destroyed a temple there. This theory has never been proven and most archaeologists agree that it was constructed by Mir Baqi.
By the late 19th century, the commotion over the mosque had somewhat been checked by the British as the Muslims and Hindus peaceably used their designated areas of worship in and around the mosque. But it was an uneasy peace. Because in 1934, the mosque was attacked by a mob of Hindus for the first time. The attack was a spillover of riots which saw Hindus and Muslims clash over reports of cow slaughter in neighboring Shahjahanpur.
Interestingly, even though the mosque was partially damaged and repaired by the British, in late 1930s the commissioner of the waqf – a department which looked after Muslim places of worship – added a Muslim sectarian dimension to the issue by declaring Babri a Sunni mosque.
The Shias of the area who had also been worshiping at the mosque disputed the claim and declared that it was a ‘Shia mosque’ because Mir Baqi was Shia. They took the issue to court. In 1946 the court decided in favour of the waqf and Babri was declared a Sunni mosque.
As the two major Muslim sects were arguing in the court over the sectarian orientation of the mosque, the Hindus saw this as an opening of sorts to try and build the temple that they had been demanding since 1853. The first attempt was made in 1949 after Partition. A group of Hindu nationalists sneaked into the mosque and placed idols of two Hindu deities, Ram and Sita there. They then invited Hindus to come to the mosque. Thousands turned up.
Fearing a clash, the Nehru government ordered that the mosque be locked and sealed. The government decreed that no one was allowed to use the mosque. For the next three decades, various lawsuits were filed by Hindu and Muslim organizations, all claiming the ownership of the mosque.

Hindu nationalism in the region was always a larger reality than the fringe entity it was once supposed to be. Much has already been written about the political roots of Hindu nationalism, and how it was closely paralleling forces of secularism until it burst onto the mainstream in the late 1980s.

In 1984, an alliance of Hindu nationalist outfits formed a committee to ‘liberate the birthplace of Ram’ in Ayodhya. One should be reminded that in 1984, Hindu nationalists had just two members in the Indian parliament, yet the alliance managed to bag a lot of support.
Two years later, a court ordered that Hindus be allowed to worship at the site. The Muslims protested. Encouraged by the verdict, the Hindu nationalist organization, the Vishva Hindu Parishad (VHP) began to lay out the designs for a temple at the site.
The clamor to build the temple rose alongside the steady rise of mainstream Hindu nationalism and the idea of Hindutva. The Bharatiya Janata Party (BJP) won 120 NA seats in the 1991 election. The very next year, the party orchestrated a large mob attack on the mosque which almost completely demolished the historic structure. Mobs of fanatical men descended upon the mosque almost unchallenged.
In 2019, the Supreme Court of India gave ownership of 2.77 acre land in Ayodhya by transferring it to ‘Ram Lalla’ and also ordered that land be given to a trust to be set up by the centre within three months to build the temple. The Sunni Waqf Board will be given an alternate land of five acres to build a mosque.
Now here is the interesting bit about ‘secular India’. Ram Lalla is considered as the infant form of the deity Ram. So who was the court referring to? Exactly that: Infant Ram. Under ‘secular’ Indian law, a Hindu deity can be considered a ‘juristic person’ with the right to be sued or to sue! So the apex court was hearing the case, where Ram Lalla was a plaintiff. Like other Hindu deities, the Ayodhya deity i.e., the infant form of Lord Ram, was deemed a perpetual minor under law.
According to India’s News18 website: ‘Unlike English common law, the Hindu deity gets its juristic personality from the piety of the worshippers. In this case, the infant Lord Rama was represented by his next ‘human’ friend, Triloki Nath Pandey — a senior VHP leader who was among the litigants in this case.’
The deity first became a litigant in 1989, two years after the title case was moved out of civil court to the Allahabad High Court. At the time, Deoki Nandan Agarwal, a former judge of the Allahabad High Court had filed a plea seeking to become the ‘sakha’ or friend of the deity and its birthplace in the title suits.
So in a way a secular apex court of a constitutionally secular country agreed that, indeed, a deity (Ram) was born at the site of the mosque and that it was built over a temple marking the birth of the deity. Secular sense suggests that religious beliefs are entirely subjective because most of them are ahistorical (lacking historical perspective or context). In other words, since they are matters of belief, they cannot by proven or for that matter refuted.
That is why superior courts, even in partially secular countries, often avoid taking up cases of theological nature. If they do, then they do so only if a contemporary act is associated with it which is treated as a crime by the law. So basically, there is absolutely nothing secular about the law through which the Indian Supreme Court gave its verdict.

The writer is a Pakistani journalist, cultural critic and satirist. He is the author of two books End of the Past and The Pakistan Anti-Hero.
E-mail: [email protected]