In the Heart of Sinai

Sinai Peninsula is the part of Egypt that remained the hub of numerous historical and religious events for centuries. Its northern half was once renowned for an ancient Hajj route from Cairo to Makkah. Southern Sinai is one of the few sacred places for the followers of three Abrahamic faiths including Islam, Christianity and Judaism. This article tries to recapture a journey across this holy land.

Sinai Peninsula: Sacred History and a Sensitive Geography
The triangular shaped Sinai Peninsula is about half the size of Pakistan’s Sindh Province with a population of around one and a half million. It is the only part of Egypt which is located in Asia and acts as a land bridge between Asia and Africa. It has Mediterranean Sea to the north, Red Sea to the south, Suez Canal and the Gulf of Suez in west and the Gulf of Aqaba in southeast. In Sinai, Egypt shares land borders with Palestinian Gaza Strip, Israel and maritime borders with Jordan and Saudi Arabia. Administratively, it is divided into the North and South Sinai Governorate.
Historically, Sinai Peninsula has been a part of Egypt since 3100 BC. In periods of foreign occupations, it remained under the control of the Ottoman Empire (1517-1867) and the United Kingdom (1882-1956). The neighboring Israel invaded Sinai during the Suez Crisis of 1956 and the Six-Day War of 1967. On October 6, 1973 Egypt launched Yom Kippur War to retake the Peninsula, which was unsuccessful. In 1982, as a result of Israel-Egypt Peace Treaty, Israel withdrew from the Sinai. Today, apart from stern security situation, the Peninsula has become a tourist destination due to its natural setting, rich coral reefs, and religious history. 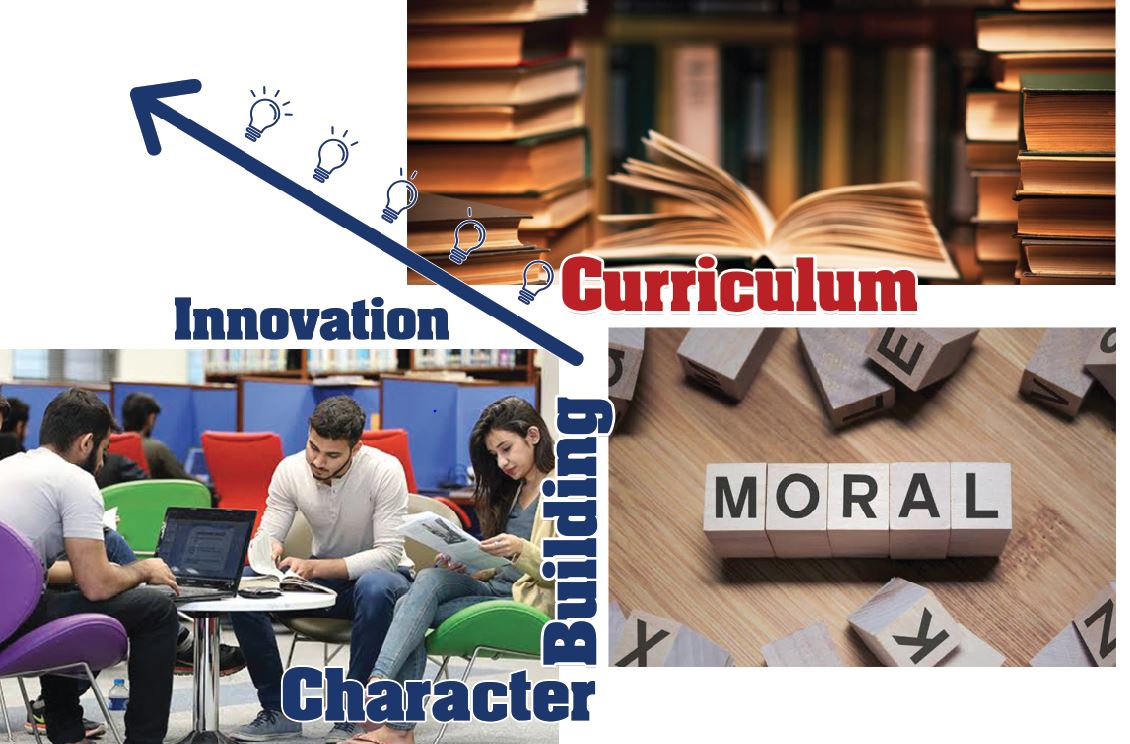 Reaching There
Reaching Sinai is tricky. No flight goes to the historical town of Saint Catherine which was our base for exploring Sinai. We took a long and arduous bus trip from Cairo. The bus first kept moving along the Gulf of Suez and then for the latter half of the journey went deep inside the southern part of Sinai. We reached our destination ten hours later. At a local Bedouin resort we met our guide and our schedule for the next day was finalized.
Egypt’s Three Peaks Challenge: Exploring the Sinai on Foot
There can be multiple ways of exploring Sinai. We opted for a traveler’s approach rather than a tourist’s, which involved adventure along with historical and religious sightseeing. Egypt’s Three Peaks Egypt Challenge is first of its kind in the Middle East and comprises 38km route, with over 5000m of ascent and descent. The route involves three peaks, five mountain passes and fourteen small valleys of Sinai. It is a spectacular mountain route which crosses Sinai’s historic landscapes showcasing history from Byzantine, Nabataean, and Ottoman times that resonate with Biblical fables and can take one to three days to complete. 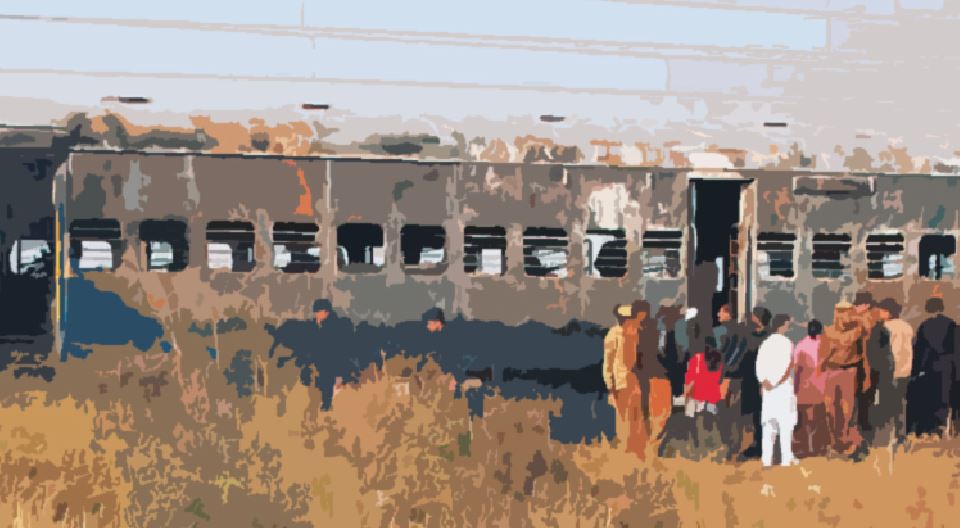 Monk’s Monastery and the World’s First Leg Transplant
The 38km long trek started from the suburbs of Saint Catherine Town. A dirt track between Bedouin houses leads up to the hillside. Soon the path made a gradual descent along the side of valley and led to Deir Rahab or ‘The Monk’s Monastery’. It is also known as the Monastery of Kosmas and Damianos, and was built to commemorate two Christian brothers who practiced medicine in 3rd century and according to some performed the world’s first leg transplant.
Chapel of St. John Klimakos
While continuing on the trail, a fork in the path was soon reached. The higher path on the left went to the Chapel of St. John Klimakos. He was one of the Sinai’s early Christian hermits who entered the Monastery of St. Catherine as a monk around 600 AD, before leaving to live in this valley. He spent 40 years in a hermit cell, later writing The Ladder of Divine Ascent: a sort of hermit’s handbook for early Christians, which became a classic of religious literature.
Ahmed Mansour, the Bedouin Doctor
Moving along the bank of valley soon led us to the garden of Dr. Ahmed Mansour. He is one of Sinai’s most highly respected herbal doctors who has an extensive knowledge of Sinai’s plants and their medicinal uses gained through a lifetime of study and experiment. He welcomed us in his Bedouin hut made up of rocks and stones, and offered dates and local tea.

Jebel Abbas Basha (2383m): An Incomplete Palace
It was almost mid-day and we continued our journey towards the first peak called Jebel Abbas Basha (2383m). It takes its name from Egypt’s viceroy Abbas Pasha who ruled Egypt in the middle of the 19th century. Abbas Pasha I suffered from chronic tuberculosis and wanted a retreat with clean mountain air to aid his recovery. He originally intended to build a palace for this purpose on Mount Sinai. However, locals invented a story to protect the holy mountain. Near the top one can see huge blocks carved for construction of the palace. The palace itself is made up of stones and rocks with no roofs and incomplete walls. It provides amazing view of Mount Sinai. Unfortunately Abbas Pasha I died before the palace was finished. According to few, he was murdered by a servant having an affair with one of his wives. In the evening we took rest for a few hours at a local Bedouin hut.
Mount Catherine (2642m), Egypt’s Highest Mountain
We started our climb for Mount Catherine at midnight. Locally called as Jebel Katerina, it is the highest peak of Egypt named after St. Catherine, who was martyred by the Romans in 4th century in Alexandria. Legend has it that her body was carried to the Mount Sinai by angels, and then laid to rest on the summit, where a chapel stands in her memory today. Her bones were apparently found by a group of monks in the 9th century, who took them down to the monastery, which subsequently was named as the Monastery of St. Catherine.

A memorial in St. Catherine City that celebrates three Abrahamic religions; Entrance to the sacred Valley of Tuwa along with relevant verses from Holy Quran

Our objective was to see the sun rise from the highest point of Egypt. At the top the chapel was locked and well protected with barbed wires. At dawn, the golden disk of sun gradually appeared as a backdrop to reddish Sinai Mountains and like the yolk of an egg the sun slipped before us onto the blue sky. The whole scene lasted for a few minutes but became one of my fondest memories.
Wadi Shaq Musa
After taking some rest in an empty wooden hut on Mount Catherine we descended into a rocky area peculiar with dark and reddish stones. Soon we descended into a valley called as Wadi Shaq Musa. The guide pointed towards a crack between mountains which was associated with Hazrat Musa (A.S.) and hence the reason of the valley being named after him. After a few hours of downhill trekking with Mount Sinai in full view, we reached the Bedouin garden of Ramadan. Here we were welcomed by our Bedouin hosts and were served lunch.
Deir el Arbain: Graveyard of Forty Martyrs
Almost in the backyard of Mount Sinai lies another ancient monastery. It is named after the Forty Martyrs of Sebaste, a group of Roman soldiers who were killed for professing Christianity. In the past, this was considered as a holy spot by the locals who said that the grounds had healing properties. 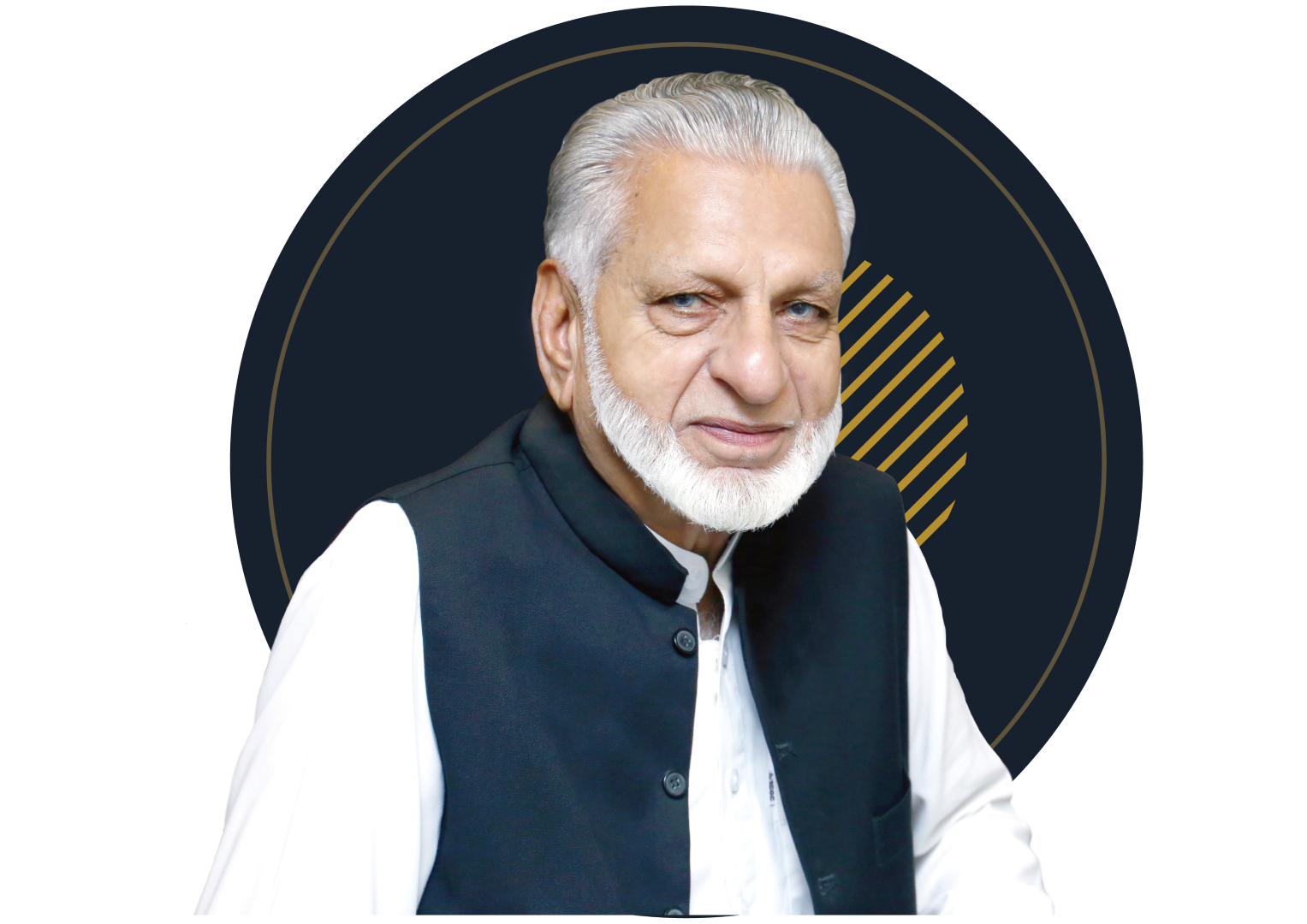 Onto Mount Sinai’s Steps of Repentance
Continuing from the Ramadan’s Garden up on the Mount Sinai was a way which connected to a path called the ‘camel path’. Further up, it runs through a narrow cutting in the rocks and continues on the main path. This leads to a start of flight of steps famously called as Steps of Repentance – almost 3000-step staircase which goes all the way up to Mount Sinai’s summit.
Mount Sinai (2285m): The Holy Mountain
Mount Sinai is the crown jewel of Sinai. Jews, Christians and Muslims believe Allah spoke with Hazrat Musa (A.S.) here. It is supposed that Hazrat Musa (A.S.) received the Ten Commandments here. It is also where he stumbled across the burning bush. Now a small chapel and mosque stand side by side on the summit. Nearby, just below the mosque there is a small cave where it is said that Hazrat Musa (A.S.) took shelter. We offered prayers and spent some time on the summit from where we could see the top of Mount Catherine as well as Jebel Basha. Spending time atop Mount Sinai was the highlight of our whole journey.
Gate and Well of Hazrat Elias (A.S.)
The well laid downhill path after Steps of Repentance on Mount Sinai led to Farsh Elias (farsh: basin) where there was a stone courtyard. On the north side of the courtyard, was Bir Elias (Well of Hazrat Elias (A.S.). Continuing on the main path, came a stone archway called as the Gate of Elias (A.S.).  After a couple of hundred meters we reached a second stone archway: the Gate of Forgiveness. After another hundred meters we crossed to the left of a small chapel called as the Chapel of the Virgin of the Economos. 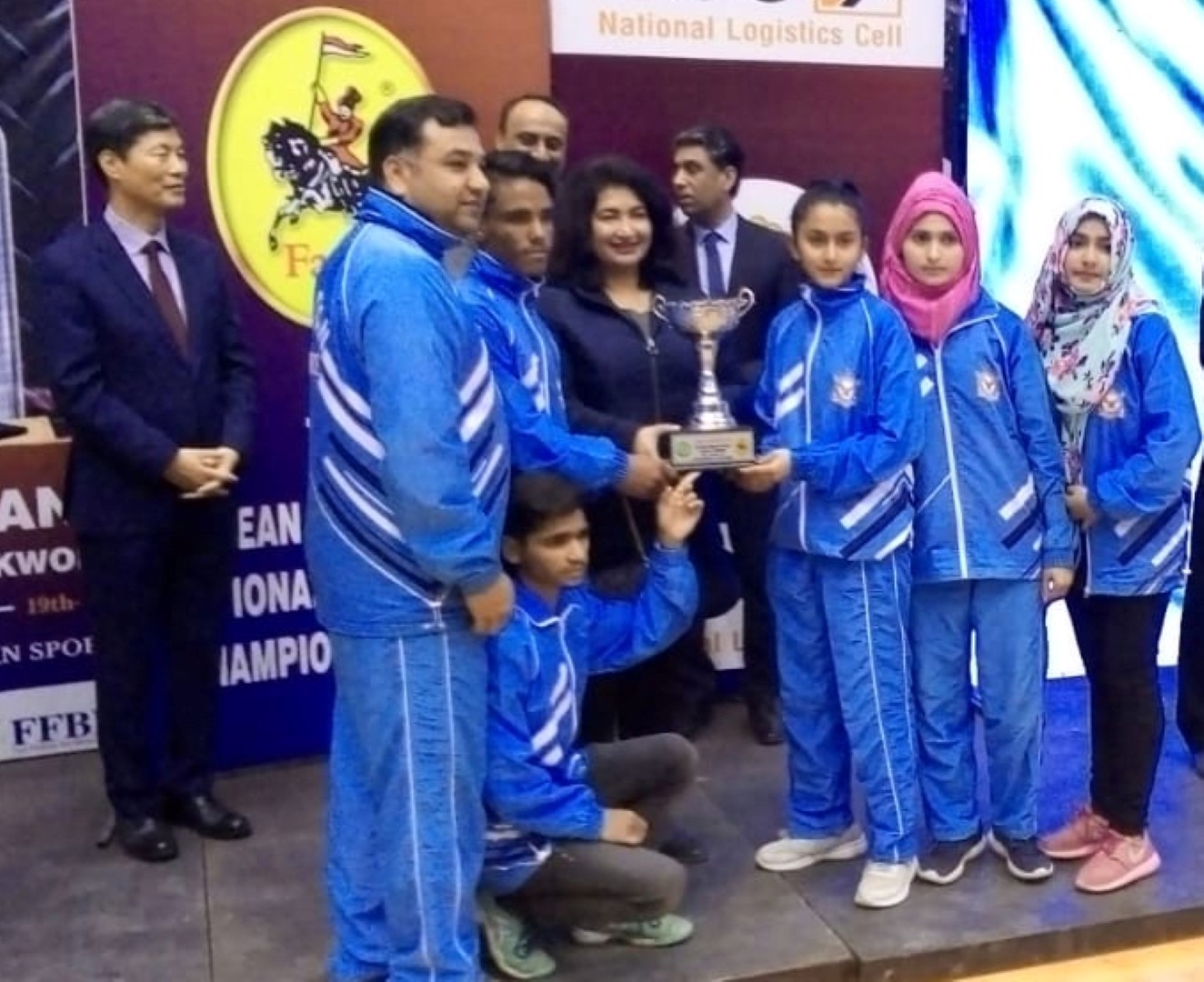 Saint Catherine’s Monastery
It took almost three hours from summit of Mount Sinai to reach the foothill. The Three Peak Challenge culminated near Saint Catherine’s monastery. This is a UNESCO World Heritage Site and one of the Christianity’s most revered holy sites which was constructed by the order of the Emperor Justinian I between 527 and 565 AD. It is one of the oldest Christian monasteries operating continuously since its founding and is now home to around twenty monks. The Christian religious scriptures collection here is said to be second only to Vatican.
Burning Bush and the Moses’ Well
Inside the Monastery of Saint Catherine is the famous burning bush. It is the bush from which, according to few traditions, Allah talked to Hazrat Musa (A.S.). Nearby the burning bush is the well where famously Hazrat Musa (A.S.) met his wife Safora, the daughter of Prophet Shoaib (A.S.). The well has water pulling mechanism gifted by Napoleon Bonaparte.
Tomb of Hazrat Haroun (A.S.) and the Golden Calf
Almost at a walking distance from the Saint Catherine’s monastery is a small hill called Jabal Haroun. At the top of the hill is a chapel and the tomb of Hazarat Haroun (A.S.). The interior of the tomb requires major repair and maintenance. Just opposite Jabal Haroun, across the road one can see a carving in the rock almost the size of a huge elephant. The sight had not been officially marked, however, locals as well as the tourist map shows it as the Golden Calf. The calf itself appears as a huge mold where the magician Samari made a Golden Calf and misguided people. 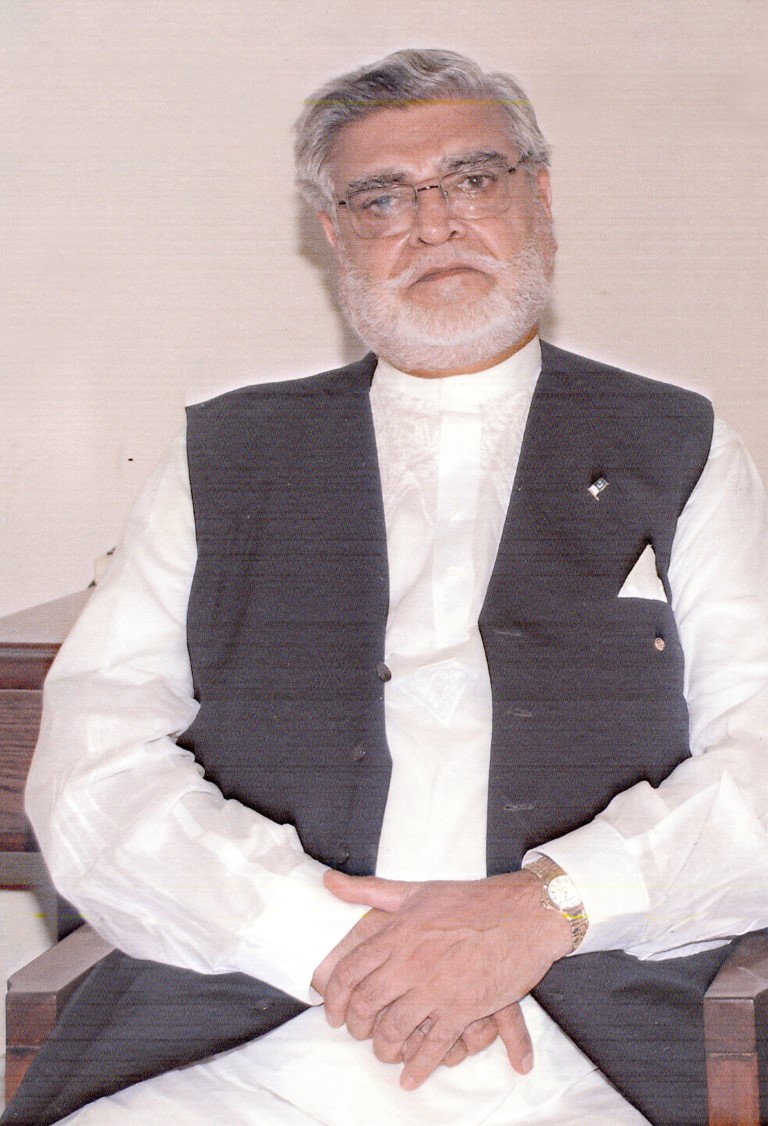 This brought an end to a memorable journey across few of the religious and historic sites inside Sinai Peninsula as well as completing an arduous physical challenge of Three Peaks Egypt in almost thirty-six hours.