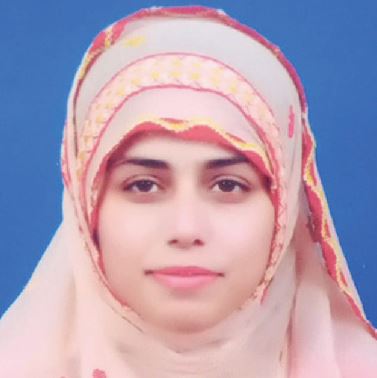 The growing geopolitical and geostrategic stakes in the Indo-Pacific and the consequent U.S. involvement to further its interests in the region is creating competition for power struggle in South Asia.

Geography has always played a critical role in determining the relations between empires, nations, and states. Even the survival of these entities was highly dependent on residing on the right side of the landscape.1 Areas near lakes and riverbanks remained the desired places for people to settle as it provided freshwater resources for agriculture and various household activities along with natural navigable paths. With technological evolution, people began to traverse the seas and oceans, identifying their importance for the global trade. Hence, the global sea-based trade routes gained prominence. To ensure safe passage and the security of these trade routes, naval capabilities and strong military buildup became the cornerstone of empires of the past and the powerful nations of the present.
Geopolitics briefly explains the struggle for geography to gain political means and mileage. States added geopolitics as an important factor in their foreign policy. The Asia Pacific region, owing to its geostrategic and geopolitical significance, became the pivot of competition among powerful nations. Almost 80 percent of the global trade passes through oceans, largely in the Asia-Pacific region. Moreover, 60 percent of international maritime trade passes through the Indo-Pacific region, making it an important hub for trade.2 There is a continuous struggle among the major powers of the world to control and manage these trade routes.
Contemporary politics is witness to the growing competition between U.S. and China. As the two major powers compete for global influence, Asia-Pacific has taken the centre stage. The world has entered into a new phase of the Cold War.3 There is a constant struggle for particular regions for greater influence. In the protracted U.S.-China rivalry, there will be blocs and regional alliances, making it difficult for the states to remain neutral. Weak states require economic growth and China is showing them an alternate vision of growth through its projects and trade. It will be difficult for the underdeveloped states to choose sides between the U.S. and China. In order to garner maximum regional support and contain China, U.S. has formed various regional alliances such as AUKUS and Quad. With Quad, India’s role and importance in supplementing the U.S.’ policies grew significantly. India, considering itself as the U.S.’ outpost in Asia-Pacific against Chinese advances, has been able to garner massive economic and diplomatic incentives. India is currently eyeing the permanent seat at the United Nations Security Council, along with the membership of Nuclear Suppliers Group (NSG).
Regarding the Indo-Pacific policy, the inclusion of India as a major actor in the U.S. policies raises security concerns for Pakistan. Pakistan and India have gone through major wars and rifts, and tensions in the Indian Ocean can ignite another limited or a total war. Based on the previous arguments, the question arises as to what extent the U.S. policies for Indo-Pacific impact the South Asian regional affairs, and how instability in the Indo-Pacific region causes problems at the regional as well as global level.
After the Cold War ended, the U.S. emerged as the sole superpower of the world and enjoyed unipolarity for a certain period. However, global politics and realities continue to be shaped and reshaped, and the world is fast moving towards multipolarity. This piece will analyze the U.S.’ behavior and its actions in the Indo-Pacific region, as the Washington administration considers Asia-Pacific at the centre stage of geopolitics in the future. Moreover, with the rise of China, power shift is also happening, thus, an analysis will elaborate the geopolitical struggle of the U.S. to curtail China’s rising influence. Furthermore, it is imperative to study the role of South Asian states, specifically Pakistan and India, in facilitating their economic and political interests.
History shows that soon after the U.S. gained independence, it searched for prospects in the Pacific region. Some people advised working with China, while others suggested Japan. The book, More Than Providence: Grand Strategy and American Power in the Asia Pacific since 1783 by Michael Green demonstrates how actively the U.S. was involved in the region. The book depicts American presidents' roles in the Asia-Pacific region and Theodore Roosevelt's Grand Strategy, which is important in order to comprehend the present context.4
The U.S. changed its Asia-Pacific policy to Indo-Pacific and led other states to follow their policy directly or indirectly. The term Indo-Pacific was first used in Australia in the Asian Century and has since been used to guide politics everywhere. The United States is also calling on the European Union (EU) and its member states to support and correlate policies in the region.5
As the name implies, it is Indo-Pacific, so India's role has a particular significance. India is attempting to establish itself as a regional hegemon. The Indian side has seen a significant strategic military buildup in order to secure and influence the South Asian region. In addition, India is a key U.S. partner in the Indo-Pacific policy to contain China. Brewster's book explains India's mindset regarding regional dominance and examines whether India can lead the region and accept responsibility for what it claims. There is also the question of how far India can compete with China in the Indo-Pacific region.6
Because of the interdependence of the world's economies, the major powers have vested interests in the Indo-Pacific. States prioritize economic security in modern politics, and U.S. policies reflect this. Global politics is once again observing strong naval alliances to secure their interests. Similar events are occurring in the Indian Ocean, posing numerous challenges.7 Most importantly, with China's rise, geopolitics has become more complicated. China has emerged as a strong economic and military giant, presenting competition for the existing economic titan. It has launched major projects all over the world, and has a strong influence in the Indo-Pacific region. As most trade passes through 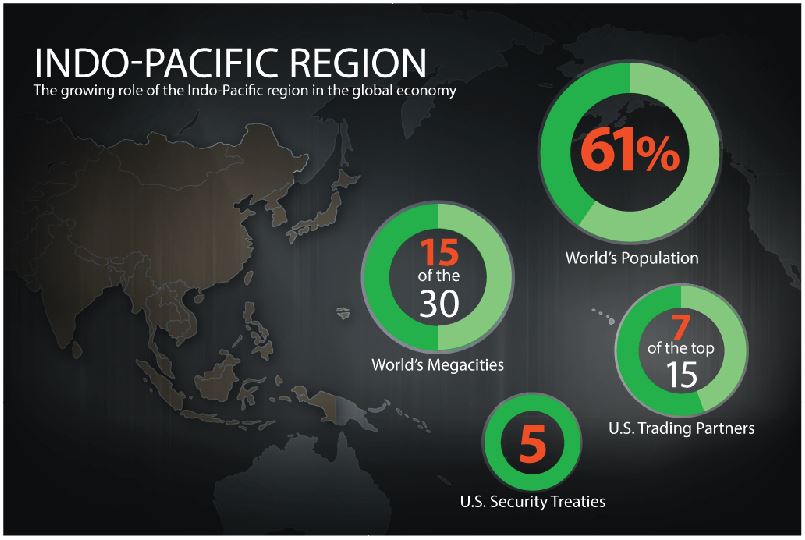 it, China will not accept any hindrance to its trade.
Under these conditions, the role of international law is critical; the credibility of international law, its effectiveness, and flaws are the factors that should be taken under consideration. The book, Indo-Pacific Axis, discusses a shift in international politics, major powers' ambitions, strategies, and implications for the region. In the international environment, secure oceans where trade takes place benefits everyone, or else, the more tension there is, the more it disrupts the pattern of rule-based order. Therefore, it doesn't matter whether a country is adjacent to the Indo-Pacific or not, they are all economically linked to it in one way or the other. It also addresses questions concerning the state’s prosperity and peace.8
Before Trump, the U.S.’ policy focused on leading China to a free order, but during the Trump administration, it turned into containment, intensifying competition.9 Against this background, New Delhi's involvement in the U.S.’ Indo-Pacific strategy has created many opportunities and challenges for the country. The United States is adding India to the status quo, thereby expanding India's diplomatic channels, where it can work with Japan, Australia, and France, the major Pacific nations on the side of the United States. It helps India partner with them and promote its interests.10 To secure its national interest, India is building a powerful navy and deploying it to bottlenecks in the Indian Ocean region. India is trading with certain states to gain access to the naval bases so that it can monitor the international trade. About 80 percent of the world's oil passes through the Indian Ocean region and India wants its Navy to have influence along these trade routes.11 Moreover, India is the most populous democracy in the world, and its needs are growing, which, in turn, affects the country's economy. Therefore, India is looking for opportunities to achieve greater economic footprint in the world.
Moreover, U.S. claims that China’s String of Pearls strategy to secure its economic, military, and diplomatic interests in the Indian Ocean Region is in motion. A huge percentage of the Chinese trade passes through the Indian Ocean Region, and the pearls represent the bases that China has under its belt to safeguard its geostrategic interests. In addition, China is spending billions of dollars on the developmental projects; the China-Pakistan Economic Corridor (CPEC) is one such project.12 In response to that, India also devised its policy to contain China’s influence in the Indian Ocean region and developed Necklace of Diamonds strategy. The implications of Necklace of Diamonds against the String of Pearls strategy questions the balance of power in the region. India's Necklace of Diamonds strategy won’t be as effective as the China’s String of Pearls, but it’s a threat nonetheless.13
The politics of the Indo-Pacific region is gradually becoming complex. As the era of unipolarity has come to an end, and with the emergence of a multipolar order, regional hegemons are trying to maintain their dominance in specific locations and areas. As Napoleon Bonaparte said, “Let China sleep, for when she wakes, she will shake the world.” China has the world’s largest global power parity, its network of economic projects are connected east to west and north to south. Containment of such a growing global economic and diplomatic footprint  remains the topmost priority of the U.S. In case of disturbed balance of power, the insecurity could lead to an arms race, making the already volatile region of South Asia further dangerous. What is required is to have a peaceful settlement mechanism that would let the states carry out global trade.