Genesis of the “India Out” Movement in Maldives

India, given her hegemonic ambitions, is trying to extend its sphere of influence beyond its own borders, the Maldives being one of those regions. However, a campaign has taken root to expel Indian influence from Maldives. 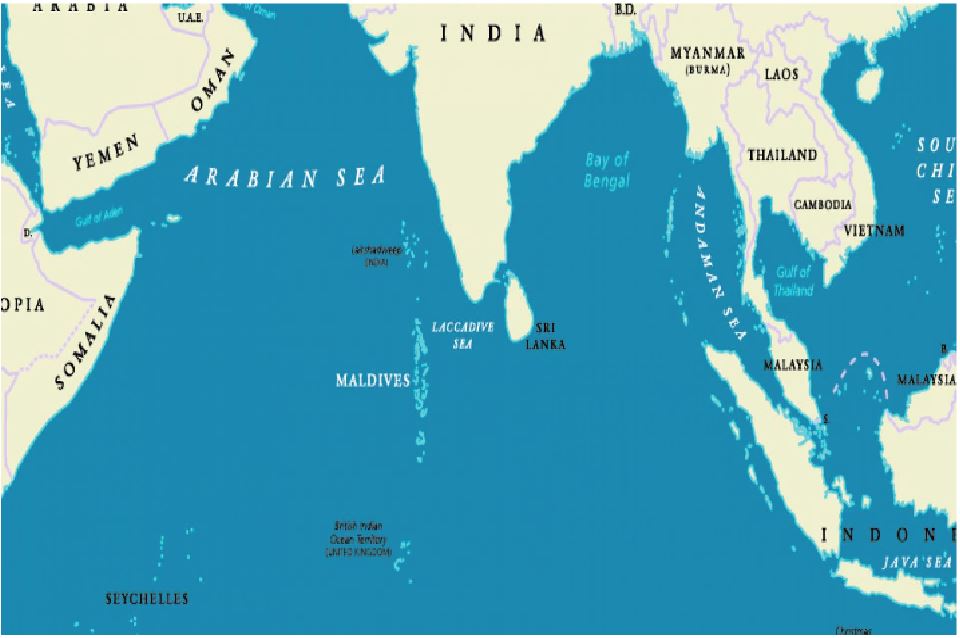 The Maldives is the smallest Asian country situated in the Indian Ocean-Arabian Sea area consisting of an archipelago of 1,190 coral islands grouped into 26 atolls (200 inhabited islands, plus 80 islands with tourist resorts).1 It has a hundred percent Muslim population – the country has one religion, one sect – and lies southwest of Sri Lanka and India. With around 581,600 inhabitants and a sultanate since the 12th Century, Maldives became a British protectorate in 1887. The islands became a Republic in 1968, three years after independence.2 The Maldives is a sovereign, independent, democratic republic based on the principles of Islam and is a unitary state, known as the Republic of Maldives. The country is a Presidential Constitutional Republic with extensive influence of the President as the head of the government and head of the state. The President heads the executive branch and appoints the cabinet which is approved by the People's Majlis (Parliament). He also leads the Armed Forces.3 The current President, as of November 19, 2018, is Ibrahim Mohamed Solih. The President, along with the members of the unicameral Majlis serve for a five-year term, with the total number of members determined based on the atoll populations.
Strategic Importance of the Maldives 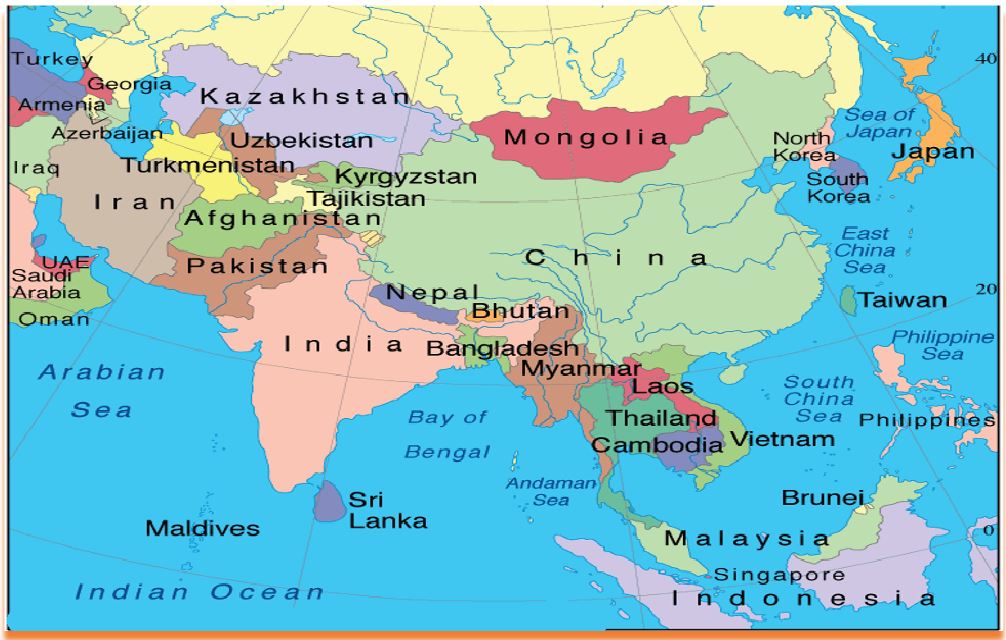 Situated strategically in the Indian Ocean, southwest of the Indian Peninsula, the Maldives has significant geographic importance where a number of sea lines of communication pass through, most notable of these lanes are the routes to and from the Gulf of Aden and the Gulf of Hormuz to the Strait of Malacca.  Maldives, despite its small size, has the same strategic value as that of Taiwan in the East Asian waters of the Indo-Pacific. If Taiwan becomes a part of mainland China in the future, it could severely restrict the ability of the Quadrilateral Security Dialogue (Quad) alliance comprising the USA, Australia, Japan and India, to operate off the east coast of Asia. Consequently, Washington, Tokyo, Canberra and New Delhi are ensuring that Taiwan does not fall under the sphere of influence of Beijing or becomes part of mainland China. In the western waters, the location and geography of the Maldives makes this small but significant country a must to remain an ally in the calculus of the Quad alliance due to which the four Quad nations have had heightened interest in the latest developments in the Island nation.
Having established the unparallel geostrategic importance of Maldives in the Indian Ocean, the strategic goals of India for Maldives are as follows:
▪  Ensuring that only a pro-Indian/pro-West party is at the helm of affairs in Malé, so that it remains under New Delhi’s sphere of influence for matters relating to foreign policy, defense and trade;
▪  Create a pro-Indian political, businessmen, military and bureaucratic elite with a secular mindset;
▪  Enhance military footprint to an extent so as to have real time Recognized Maritime Picture (RMP) of the area around Maldives at all times;
▪  Establish military bases in Maldives while ensuring that the state pulls out of China’s Belt and Road Initiative and Free Trade Agreement;
▪  Convert the Maldives from a Sunni Muslim state to a multiple religion based secular state to dilute its affinity with the Muslim world in general and Pakistan in particular.

The fact that the Maldivian Presidential elections were rigged by New Delhi were given undeniable credibility when former President and current Speaker of the Parliament, Mohamed Nasheed, gave an interview to India Today on December 13, 2019.  In the interview, he acknowledged that Indian officials (RAW) and diplomats created the conditions that helped his party win the election.

Under President Solih, the Maldivian government has also signed a secret agreement with New Delhi, allowing for Indian military personnel to be stationed in the Maldives while enjoying full diplomatic immunity and tax exemptions.

To achieve the abovestated aims, it is no secret that India went out of its way to ensure that the former pro-Chinese President of Maldives, Abdulla Yameen, is removed from power. Initially, in February 2018, India tried to remove President Yameen by orchestrating a judicial coup, but when it was unable to do so, India with the help of the Western allies and former Sri Lankan President, Chandrika Bandaranaike Kumaratunga, formulated a coalition of the opposition parties led by the Maldivian Democratic Party (MDP).4 This coalition of the opposition parties fielded Ibrahim Mohamed Solih of MDP as a joint candidate for the Presidential elections held on September 18, 2018. Resultantly, President Solih won the engineered election by a small margin, paving way for a pro-Indian government to assume power in Malé in November 2018. The fact that the Maldivian Presidential elections were rigged by New Delhi were given undeniable credibility when former President and current Speaker of the Parliament, Mohamed Nasheed, gave an interview to India Today on December 13, 2019.  In the interview, he acknowledged that Indian officials (RAW) and diplomats created the conditions that helped his party win the election. He said “First of all, no one thought we (MDP) would win the elections. Everyone thought it would be heavily rigged, and we had no choice, but India did not think that. Indian officials (RAW) and diplomats were at it. They knew that they can create a small window and you know, if we even get a millimeter, we knew we could go ahead and we could win the election… We asked them to do all sort of things which brought us the election.”5
Current Political Situation in the Maldives
Since becoming President, Solih has acted as a stooge for India and the Western bloc. Solih, since assuming power, has given a free hand to India to establish at least ten radar stations, place two Dhruv helicopters, one Dornier surveillance aircraft and to develop and maintain a strategic military naval base at Uthuru Thilha Falhu (UTF). The base is not only located within close proximity to the capital city of Malé, but is also considered as its “last line of defence.” Under President Solih, the Maldivian government has also signed a secret agreement with New Delhi, allowing for Indian military personnel to be stationed in the Maldives while enjoying full diplomatic immunity and tax exemptions.6 This is a blatant violation of the Maldivian Constitution which clearly states that foreign soldiers can only be stationed in the country with the complete consent of the Majlis (Parliament). In the same context, Maldives has also signed a defence agreement with the USA. The “Framework for U.S. Department of Defence – Maldives Ministry of Defence Defense and Security Relationship” between the U.S. Department of Defence (DoD) and the Maldives Ministry of Defence was signed in Philadelphia on September 10, 2020. Contrary to its earlier stance, New Delhi not only welcomed the Maldivian government’s decision to sign a military agreement with the U.S., but also endorsed that a rules-based order in the Indo-Pacific region is in line with India’s overall interests and regional stability.7
President Solih’s unprecedent tilt towards India and the very fact that he has compromised the sovereignty and integrity of the Island nation through secret defence agreements are the developments that have triggered the “India Out” movement in Maldives. Though the current Solih government was quick to condemn the “India Out” campaign, reaffirming the Maldives’ policy priorities regarding India as an important neighbor and strategic development partner. Similarly, security forces were instructed to deal with “India Out” campaigners with a heavy hand, but despite this the campaign is gaining momentum. This is evident from the fact that in June 2021, India’s High Commission in Malé had asked the Maldivian government to take steps to protect the High Commissioner and diplomatic personnel from “malicious” and “personal” articles in the local media. The letter further emphasized to ensure the safety of its diplomats and take action against the spread of misinformation about India in the local media.8 In July 2021, security at the Indian embassy was strengthened after bomb threats circulated on social media.
On November 12, 2021, thousands of protesters took to the streets of the Maldivian capital, Malé, calling for an end to the Indian military presence and interference in the domestic affairs of the country. The crowd also chanted “Indian military out,” making it one of the largest ever political protests in the country. Similar protests were also witnessed elsewhere, including Fuvahmulah City, where thousands gathered on November 14, 2021.  Despite the Maldivian government’s efforts to ignore and downplay the protesters’ demands, the hashtags “India out,” “Indian military out,” and “Defend Maldives” have since become the top trends on social media in the Maldives. More and more people and political parties in the Maldives have now joined the “India Out” campaign which is now led by former President Abdulla Yameen. Yameen contends that the campaign is aimed at ensuring the independence of the Maldives.9 Yameen’s involvement in the growing “India Out” movement could see a rise of anti-India and nationalistic sentiments in the Maldives ahead of the country’s 2023 presidential election. In these circumstances, government crackdowns that see protesters arrested or injured in clashes with security forces could also draw further support for the opposition, even in urban areas.

On November 12, 2021, thousands of protesters took to the streets of the Maldivian capital, Malé, calling for an end to the Indian military presence and interference in domestic affairs of the country. The crowd also chanted “Indian Military Out,” making it one of the largest ever political protests in the country. Similar protests were also witnessed elsewhere, including Fuvahmulah City, where thousands gathered on November 14, 2021.

More and more people and political parties in the Maldives have now joined the “India Out” campaign which is now led by former President Abdulla Yameen. Yameen contends that the campaign is aimed at ensuring the independence of the Maldives.

Way Forward
Pakistan and the Maldives are two important countries of South Asia. Both countries enjoy cordial, bilateral relations and both states’ religion is Islam. Both countries are members of the Organization of Islamic Cooperation (OIC) as well as members of the South Asian Association for Regional Cooperation (SAARC). Pakistan was among the first few countries to recognize the Maldives as a sovereign state in 1965. Ever since, Pakistan has helped the Maldives in various fields such as education, defence, and commerce unconditionally, while letting them maintain their free will and sovereignty in conducting their internal affairs. Since both states have had interpersonal contacts spanning over centuries, the Islamic identity and sovereignty of the Island nation is of utmost importance to Pakistan.
From the above discussion, it is amply clear that by installing a pro-Indian puppet regime in Malé, India is converting Maldives into an Indian satellite state. By securing military bases in the Maldives, apart from controlling the sea lines of communication in the Indian Ocean, Indian policymakers are now thinking of having nuclear strategic footprints in the Maldives. Similarly, India is also working on an agenda of creating political unrest and secessionist movements in the country. This is aimed at providing an excuse to New Delhi to have its permanent presence in the region, which could ultimately lead to the absorption of Maldives into an Indian Union, as India did in the case of Indian Illegally Occupied Jammu and Kashmir and Sikkim. India’s nefarious designs for Maldives have far-reaching consequences for the security and stability of South Asia.

The writer is a retired Vice Admiral and was the Ambassador of Pakistan to the Maldives. The article contains personal views of the author and cannot be associated with the policy of Government of Pakistan or any other state institution.
E-mail: [email protected]