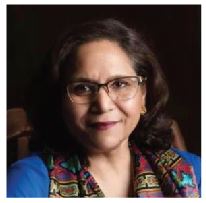 Taiwan, A Flashpoint in the South China Sea

The role of investment, particularly foreign direct investment (FDI), is regarded as one of the most significant factors of economic growth. The past half century has witnessed remarkable growth in FDI flows all over the world. This is primarily due to the fact that many countries, especially developing countries, see FDI as an important component in their overall strategy for economic development. Some of the countries that have attracted substantive FDI and registered impressive economic growth include Ireland, China, Vietnam, Indonesia, Malaysia, India, former Eastern European states, Turkey, Gulf States and Singapore, among others.
The overall impact of FDI on macroeconomic growth and other welfare-enhancing processes, and on the channels through which these benefits take effect is generally positive and the overall benefits of FDI for developing economies are well recognised. In general, FDIs are made in open economies that have skilled workforce and substantive potential for growth. It contributes to the economic development of the host country in two main ways, which include augmentation of domestic capital and enhancement of efficiency through transfer of new technology, marketing and managerial skills, innovation, and best practices. Secondly, FDI has both benefits and costs, and its impact is determined by the country’s specific conditions in general and the policy environment in particular. This includes the ability to diversify, the level of absorption capacity, targeting of FDI, and various opportunities for linkages between FDI and domestic investment.

FDI has both benefits and costs, and its impact is determined by the country’s specific conditions in general and the policy environment in particular. This includes the ability to diversify, the level of absorption capacity, targeting of FDI, and various opportunities for linkages between FDI and domestic investment.

Studies of countries that have received significant amounts of FDI show that if the host country has the basic level of development and pro-investment policies and incentives, FDI triggers technology spillovers, assists human capital formation, contributes to international trade integration, helps create a more competitive business environment and enhances enterprise development. Countries usually have their own import tariffs, which makes trading rather difficult. A lot of economic sectors usually require presence in the international markets to ensure sales and meeting the goals. FDI makes all of these international trade aspects a lot easier. All of these contribute to higher economic growth, which is the most potent tool for alleviating poverty in the developing countries. Moreover, beyond the strictly economic benefits, FDI may help improve environmental and social conditions in the host country by, for example, transferring “cleaner” technologies and leading to more socially responsible corporate policies.
Developing countries, emerging economies and countries in transition, therefore, increasingly see FDI as a source of economic development, modernisation, income growth and employment. In view of these benefits, countries have liberalised their FDI regimes and pursued policies to attract investment. They have addressed the issue of how best to pursue domestic policies to maximise the benefits of foreign presence in the domestic economy. Policies of host countries have an important influence on foreign investment decisions. Host countries can adopt policies of stimulating foreign investment or they can restrict foreign participation in their economies in various ways. In addition, host country’s policies can be instrumental in channeling investment flows toward sectors considered to be of particular importance to the country’s development. ASEAN countries and Gulf States are a good example of countries that have created the requisite investment-friendly environment and policy framework, making full use of FDI.
At the time of independence in 1947, Pakistan was basically an agricultural economy. Its industrial capacity was negligible for processing locally produced agricultural raw material. This made it imperative for the successive governments to improve the country’s manufacturing capacity. In order to achieve this objective, different types of industrial policies were implemented in different times with a changing focus on either the private or the public sector.

Developing countries, emerging economies and countries in transition, therefore, increasingly see FDI as a source of economic development, modernisation, income growth and employment. In view of these benefits, countries have liberalised their FDI regimes and pursued policies to attract investment.

During the 1960s, government policies were aimed at encouraging the private sector while during the 1970s, the public sector was given a dominant role. In the 1980s and 1990s, the private sector was again assigned a leading role, especially during the 1990s. Pakistan adopted liberal, market-oriented policies and declared the private sector the engine of economic growth. Moreover, Pakistan also offered an attractive package of incentives to foreign investors.
As a result of these policies, Pakistan registered an impressive economic growth from 2002 to 2007. Impressive economic development was also achieved from 2013 onward as a result of massive injection of FDI from China, through the China-Pakistan Economic Corridor (CPEC) project. After the initiation of CPEC in 2013, China’s share in Pakistan’s FDI significantly increased, replacing the United States and the United Kingdom as the largest share of FDI. It must be pointed out here that decreasing volume of FDI from the country’s traditional trade and economic partners is also reflective of a decline in political ties with the West.
It is a fact that FDI inflows to Pakistan decreased against the global trend of investors rushing to developing countries like Bangladesh and Vietnam, etc. Some economic analysts feel that policies do not respond well in Pakistan as they have become a victim of manifestation of the system and non-conducive work culture. To achieve economic stability, Pakistan repeatedly needed IMF’s support 22 times since 1947 and has become the only country to receive so many IMF packages and had to repeatedly adhere to strict fiscal adjustment demands. Tax rates have been generally high and regularly changed through Statutory Regulatory Orders (SROs) or mini budgets. Businesses, therefore, operate in an environment where business community is forced to take actions for their existence in the market, rather than growth.
We saw that in the first six months of FY 2021, the net FDI from China also declined. This was mainly due to the massive energy and infrastructure under CPEC nearing completion and massive amounts were no longer required. Pakistan’s placement in the FATF (Financial Action Task Force) grey list coupled with stringent tax and interest rate policies deteriorate its foreign investment climate. Without modifying domestic economic policies to prevent further decrease in FDI, Pakistan might face a long-term financial crisis.
The worrisome sharp decline in the more permanent, non-debt-creating foreign direct investment, is a huge cause of concern. The COVID-19 pandemic has also been a factor in the reduction of FDI inflows to Pakistan, but it is by far not the only reason. Some issues are more endemic which include volatile policy structure, macroeconomic instability, lack of confidence of domestic and international investors and financial institutions. Recent tax issues created further lack of trust of businesses in public policies, while public deficit has made policies more volatile.
Other reasons for decline in FDI include the threat of terrorism, macroeconomic instability, political volatility, and energy shortages, inappropriate and unpredictable policies, inconsistent economic growth rate and a balance of payment crisis, due to import-led growth and rising debt payments, which have kept foreign investors from bringing money into Pakistan.  Economic analysts feel that Pakistan has also lost its advantage in international trade by continuing to depend on low-tech products. However, a major factor keeping foreign investors away is the country’s lack of integration with the regional and global economy, as well as inconsistent economic policies.
Pakistan does not provide any formal investment incentives, such as tax deferrals and subsidized loans for investors, which further discourages foreign companies from seeking investment opportunities in Pakistan. Stringent regulations, lengthy dispute resolution procedures, and bureaucratic delays all contribute to the erosion of investors’ trust. The severe austerity measures taken under the IMF bailout program have further deteriorated the business environment in the country.
There is no contesting the fact that FDI inflows are important to keep the pressure off the country’s balance-of-payments situation and plug depletion of the central bank’s foreign exchange reserves by strengthening the financial account of the State Bank. It is, however, important to note that for FDI to succeed and enhance economic growth, a wide range of policy actions are required, both by the government institutions and the business community.
In order to attract FDI, Pakistan needs to take the following steps urgently:
▪   Build investor confidence by ensuring that there is a consistent tax policy and an efficient tax system. Tax policies, specifically, should be more consistent from one government to another.
▪   Instead of placing more pressure on the salaried class in the form of increased income and sales taxes, the wealthy need to be brought under the tax net.
▪   Ease stringent investment conditions in order to attract foreign investment in the country.
▪  Tax the agricultural sector of Pakistan, which is the least taxed sector of the economy, despite its significant contribution to the country’s economy.
▪  Educate and train working-age population to participate in the manufacturing sector to attract FDI.
▪  Recalibrate the budgetary priorities, allocating appropriate funds for education and research to support FDI opportunities in the future.
▪  Diversify and expand its foreign investment partnerships beyond China, the United States, Saudi Arabia, the United Kingdom, and the United Arab Emirates, by actively engaging in diplomatic efforts that could open up new avenues for FDI.
▪  Increase economic diplomacy efforts with East Asian and emerging African economies, and market itself as a potential economic hub in South Asia.
▪   Engage with Central Asian countries to enhance trade and connectivity in the region.
It would not be wrong to conclude that Pakistan’s new geoeconomics, which has been declared the central focus of National Security Strategy, can only be achieved once the environment is made conducive for FDI.

The writer has served as an Ambassador to China, the European Union, Belgium, Luxembourg and Ireland. She has also authored and edited several books including Magnificent Pakistan, Pakistan-China All Weather Friendship, and Lost Cities of Indus.
E-mail: [email protected]

Taiwan, A Flashpoint in the South China Sea