Deterring the Menace of Illegal Trade

Illegal/illicit trade includes smuggling of goods, drugs trade, counterfeiting, human smuggling, arms trafficking, and illicit trafficking of cultural property, etc. This article focuses on the smuggling of goods. The type of goods smuggling is shaped up by trade restrictions and the practice of requiring excessive paperwork along with tedious import procedures – the so-called red-tapery. Persons engaged in illegal trade do not share the perspective of the state regarding morality and legitimacy of their actions.
There are two types of illegal trade activities: (1) Border smuggling through illegal channels; and (2) Trade misinvoicing through legal channels conducted by misreporting the price, quality, quantity, and counterfeiting products. 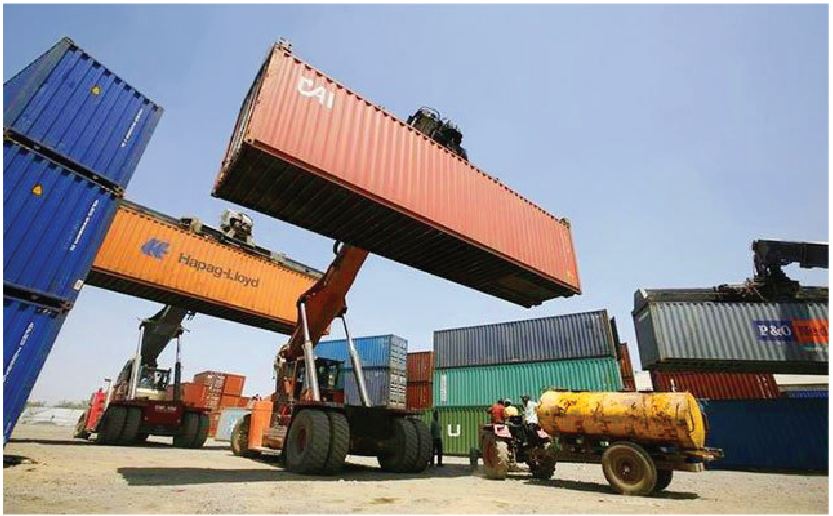 Pakistan relies on trade controls, i.e., tariffs and non-tariff barriers (NTBs), to protect domestic industries from foreign competition, restrict unnecessary domestic consumption and raise tax revenues. Due to lax enforcement of trade controls, some traders are tempted to seek abnormal profits by indulging into illegal trade. Consequently, illegal trade defies policy objectives by conferring much lower protection to domestic industries than what is accorded by statutory trade policy measures, tax revenues are lost with tax evasion and superfluous export subsidies are retracted, thus reducing the government’s ability to invest in developmental activities.
Illegal trade generates abnormal net profits, which motivates people to join illegal activities. Ironically, legitimate businesses pay several taxes; illegal trade bypasses all taxes that adversely affect domestic industries, thus demotivating legal businesses.
Given the menace of illegal trade, policymakers need to address this issue on an urgent basis to recover lost revenue, reindustrialize the economy, increase legal trade and control money laundering.
Border Smuggling
Border smuggling is the movement of goods through illegal trade channels by evading trade taxes. Stringent trade controls in Pakistan and fragile economic conditions in the neighboring countries create incentives for two-way smuggling of goods. Besides, inefficient trade facilitation system motivates big smugglers to indulge into illicit trade activities to benefit from abnormal profit. Big smugglers work in association with petty carriers to smuggle goods. Petty smugglers get involved in smuggling activities because of economic pressures in the bordering areas.
Trade Misinvoicing
Trade misinvoicing is practiced to launder money, evade trade taxes, retract excessive export subsidies and channel reverse capital flight to the informal segment of the economy.
If the difference between import taxes and the premium paid on buying foreign exchange in Hundi market to make full payments abroad is greater than the evaluated risk of confiscation of imported consignment, then a trader under-invoice imports to evade import taxes. It means that the expected benefit from under-invoicing is greater than the costs of under-invoicing and confiscation. Through under-invoicing of imports, importers bring illicit money into the country that is mostly invested in the informal economy.
Traders over-invoice imports, which they use as a mean for capital flight from the country. In this case, traders are willing to pay higher customs duties to take capital to foreign safe havens. Ironically, the resultant higher average import tax rate implied by higher tax revenue transmits false signals of being a more protectionist trade policy regime, which in fact it is not.
Exporters under-invoice exports for capital flight. For this purpose, exporters withdraw from the benefits of export subsidy. This practice, however, deprives the government of foreign exchange earnings.
Exporters also indulge into export over-invoicing to retract export subsidies and to make reverse capital flight possible to whiten their black money taken out of the country at some earlier date. In this case, the government receives additional foreign exchange earnings but loses revenues to pay superfluous subsidies.
Transfer Pricing Practice
Some foreign firms repatriate a part of their profits through the practice known as ‘transfer pricing mechanism’. They normally import zero-duty-rated inputs and parts from their parent company at a very high price compared to their actual international price. In this way, they transfer their hidden profits through legal channels which creates informality in the economy and a heavy burden on the foreign exchange reserves.
Size of Illegal Trade
Covering 153 developing countries, Global Financial Integrity (GFI) reports the size of illegal trade of $8.7 trillion during 2008 and 2017 period, and $817 billion alone in 2017.
In Pakistan, the size of border smuggling is reportedly over $6.0 billion per annum from all borders. Smuggled goods mainly include cellphones, petroleum products, toiletries, tyres, tea, cigarettes, auto-parts, and pharmaceuticals, etc. In addition, trade misinvoicing estimates prepared for 2018 and 2019, are $4.3 billion and $4.1 billion respectively. Thus, the total size of trade misinvoicing and border smuggling is over $10.0 billion, which is 17.5% of Pakistan’s legal imports.
Cost of Illegal Trade
Traders who get involved into border smuggling bear certain costs which includes extra transport or handling costs of goods because of the use of informal routes or modes of transportation; special packaging to evade detection; bribes; excess costs of foreign exchange paid in Hundi markets; and the risk cost of confiscation. Cost of smuggling varies with the physical characteristics of the goods and place of their delivery. Some estimates suggest that the cost of smuggling varies between 5% and 15% of the value of goods depending on the nature of goods. Cost of trade misinvoicing includes bribes and premium paid to buy foreign exchange in Hundi market.
Impact of Illegal Trade
Illegal trade circumvents major national policy objectives: (i) loss of revenue; (ii) erosion of protection to domestic industries; (iii) increase in informality in the economy; and (iv) depreciation of domestic currency with capital flight.
Pakistan reportedly loses about Rs.85 billion in trade tax revenues on account of trade misinvoicing annually. Moreover, it loses Rs.40 billion worth of sales tax and excise duty due to the loss of domestic production. Due to smuggling at the border, Pakistan loses Rs.188 billion on account of all taxes.
Pakistani manufacturing industries that cannot compete with smuggled goods either reduce their production or stop production under extreme situations. Consequently, a large number of workers face the brunt of losing their jobs.
Alongside trade misinvoicing, trade in counterfeit goods demeans the legitimate advantage of rights-holders and hinders innovation activities and long-term economic growth.
Deterring the Illegal Trade
Illegal trade is a lucrative activity because money generated by evading import taxes is much more than the cost of illegal activity. Illegal trade creates social risks and thus undermines social security. Therefore, by deterring the menace of illegal trade not only policy objectives will be achieved in letter and spirit but social risks will also be minimized.
Illegal trade should not be tackled in isolation. The implications of illegal trade activities must be integrated with the trade policy. In this context, adoption of the following measures can deter illegal trade:

▪  Reduce implicit tariffs (i.e., tariff equivalent of all trade restrictions) to the level of cost of smuggling (5-15%).
▪  Increase cost for smuggling by strict enforcement of laws to render smuggling uncompetitive.
▪  Improve productivity and efficiency of domestic industries to give tough competition to illegal trade in similar goods.
▪  Afghan transit trade needs to be monitored to control enroute smuggling.
▪  Improve the trade facilitation system so that industries refrain from using illegally imported machinery and raw materials/inputs.
▪ Improve economic conditions in the bordering areas by setting up Border Markets so that petty smugglers are encouraged to move to legal businesses.
▪  Control trade misinvoicing by accepting only those invoices that are verified by the customs department of the trading partner.
▪ Use competitive auction of consignments if misinvoicing is detected and give traders the amount written on the invoice. The remaining amount should be confiscated, a part of which should be given to customs staff as a reward for detecting misinvoicing.
▪  Customs department should be vigilant and respond appropriately to foreign companies’ practice of transfer pricing.

Until trade restrictions are not eased; cost of smuggling not raised; normalcy comes to the region, and economic activities are created in the border areas; perhaps illegal trade through borders may not be restrained. The government should, however, take strict measures to control trade misinvoicing that flows through legal channels.