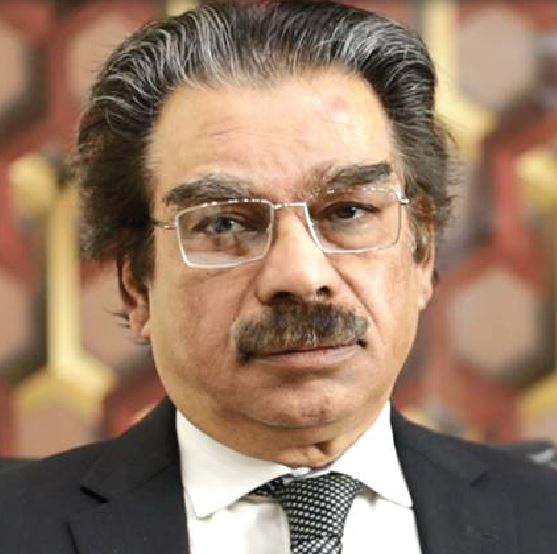 As a country with a considerable size of arable land, Pakistan has a lot of untapped potential that would allow it to benefit in numerous ways.

Pakistan is one of the 11 largest countries in the world with a vast and fertile agricultural land. About 42.3% of the country's workforce is engaged in agriculture. It also has the largest canal system in the world. Nature, across the country has given us a warm, cold, and mild climate in which a number of crops can be grown successfully. Despite having such vast agricultural resources, Pakistan has to import agricultural commodities which is a matter of concern. Pakistan's agricultural imports are currently exceeding 8 billion dollars annually. Most of these imports include edible oil, cotton, wheat, sugar, tea and pulses etc. When we see that our agricultural imports are touching the petroleum imports, it is quite natural to look at the productivity and potential of the agricultural sector.
The question is whether Pakistan's agricultural sector has become non-productive or are we lagging behind due to improper use of our agricultural resources. The fact is that we can not only be self-sufficient but can also export agricultural commodities by utilizing the immense agricultural resources bestowed by nature.
Let us first mention the important traditional crops of Pakistan. The potential of approved varieties of wheat, cotton, sugarcane and rice etc., in Pakistan is usually debated. It is said that the varieties released by our research institutes have low productivity. This may be true for only one or two major crops, but most of the crop varieties have the best production potential. The question is, are our farmers harnessing the potential of these varieties? The answer to this question is shocking which can be observed in the table below.

As you can see in the table, the potential yield of the approved varieties of cotton is more than 40 maunds per acre, while the national per acre average yield is less than 6.5 maunds. It is not the case that these varieties are not producing good results in the field. The farming community is aware that the progressive farmers in most of the villages are getting a cotton yield of about 30 maunds per acre with the help of these varieties. Pakistan imported about 5 million bales of cotton last year. If our per acre average yield increases by just 4 maunds, there will be no need of imports. Increasing cotton production by 4 maunds per acre is not a difficult task. If the farmers have a good understanding of modern production technology, the certified and pure agricultural inputs available in the market, and have adequate financial resources to access these inputs, then the yield per acre can be increased even more. The same is true for other crops. By increasing the production of wheat by only 4.5 maunds per acre, we can get 4 million tons of extra wheat of about two billion dollars. We are already exporting rice. By increasing the per acre yield, we can generate additional foreign exchange.

Apart from these wild olives, olive orchards can be established in Khyber Pakhtunkhwa, Balochistan and Punjab. Punjab, especially the Potohar area, has been declared as an Olive Valley. About 1.2 million plants have been planted in Potohar and more can be planted.

Cholistan has been declared as the grape valley, where grape cultivation can be promoted. It will not only increase the industrial production but also increase the annual income of the local people in South Punjab. 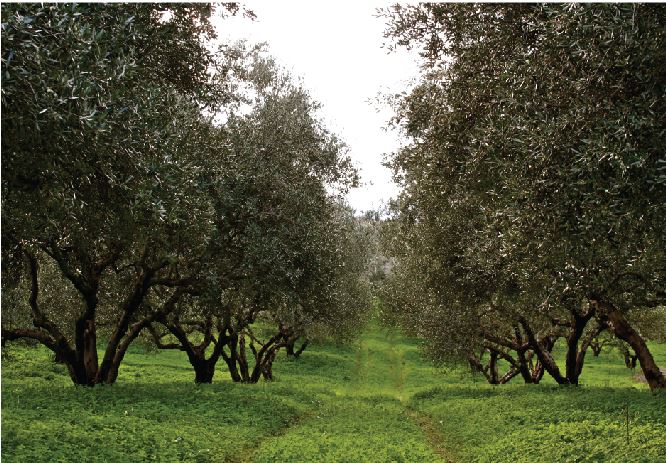 It is important to talk about oilseed crops (mustard, sunflower, soybean) because, approximately four billion dollars worth of valuable foreign exchange is being spent on annual imports of edible oil and oilseeds. These imports can be reduced by increasing the area and per acre yield of these crops. Intercropping is a successful way to increase the area under cultivation. Eight to ten maunds per acre can be obtained by intercropping soybean, especially with seasonal maize. Seasonal maize is being cultivated on more than 1.2 million acres in Punjab. Therefore, ten million tons of soybean can be produced by the said intercropping. Soybean is a newly introduced crop in Pakistan and further research is in progress. If we succeed in developing a variety that can be grown in spring maize, it will be a revolutionary step in soybean production.
There also is an ample potential of intercropping pulses, especially with sugarcane. In this way, we can increase the cultivation area of pulses crops that can reduce the import of the pulses. Masoor and grams can be successfully intercropped in September while sowing sugarcane, whereas, moong and mash crops can be intercropped during spring.
About 20 million acres of culturable wasteland in Pakistan can be brought under cultivation. The biggest hurdle to materialize this potential is the unavailability of water. First, the water problem can be solved by building dams. Second, land levelling is another potential practice to save water. Up to 50% of water can be saved by leveling agricultural lands. Through levelled lands we can not only save water but also increase the productivity rate by up to 10% as 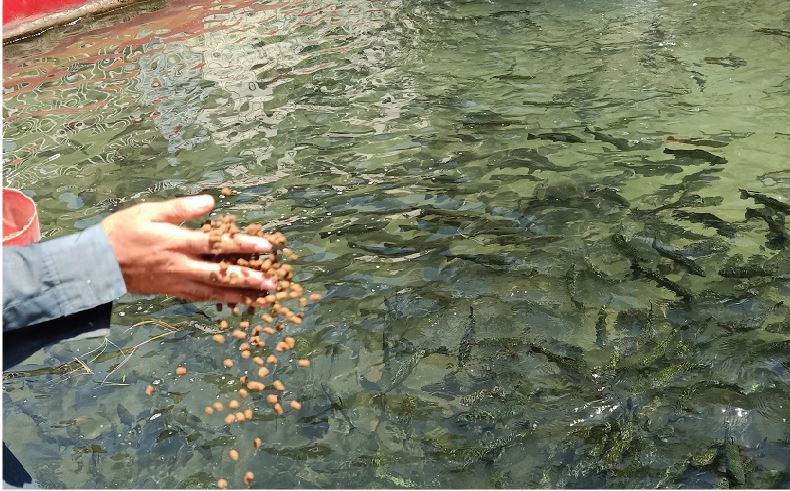 compared to uneven lands. Mulching of land and bed sowing can also save up to 60% of water. Drip irrigation, on the other hand, can save up to 60% of the water but it is an expensive alternative. By building new dams or adopting water saving agricultural practices, the water requirement of culturable waste can be matched.
Khyber Pakhtunkhwa has more than 70 million wild olive trees which can be grafted by high yielding varieties. If we succeed, this grafting through the participation of local people can allow Pakistan to export olive oil. Apart from these wild olives, olive orchards can be established in Khyber Pakhtunkhwa, Balochistan and Punjab. Punjab, especially the Potohar area, has been declared as an Olive Valley. About 1.2 million plants have been planted in Potohar and more can be planted.
Whereas, the area of Cholistan has been declared as the grape valley, where grape cultivation can be promoted. The value addition of grapes is another potential. It will not only increase the industrial production but also increase the annual income of the local people in South Punjab.
The agricultural lands in Pakistan are being inherited from generation to generation under the Islamic Inheritance Law, which is gradually reducing the per capita land holding. Small agricultural units are generally not considered as an economic land unit. But this threat can be turned into an opportunity through value addition strategy. By promoting value addition in rural areas, the income of small farmers can be significantly increased. It is feasible because there is no shortage of manpower in rural settings. Through value addition in agriculture, farmers can not only be saved from deficit, but this strategy can also overcome the problem of unemployment.
A similar situation exists in the livestock sector. In Pakistan, the share of buffalo milk in total milk production is about 62%. The national average production of Nili-Ravi buffaloes is 2300 liters per lactation, while its production potential is around 5000 liters. With proper care of high yielding animals, milk production can be significantly increased. The encouraging aspect is that the milk of all indigenous breeds, including the Nili-Ravi and Sahiwal-cows, is of A-2 category, which is considered to be healthier as compared to A-1 category. Due to the increasing demand for A-2 milk in Europe, its prices have risen significantly. It should be noted that the milk of imported breeds (Holstein Friesian, and Jersey, etc.) is of A-1 category which is being considered unhealthy. The possibility of exporting milk to European countries by increasing the production of local breeds cannot be ruled out.

By promoting value addition in rural areas, the income of small farmers can be significantly increased. It is feasible because there is no shortage of manpower in rural settings. Through value addition in agriculture, farmers can not only be saved from deficit but this strategy can also overcome the problem of unemployment.

Ostrich and rabbit farming cannot be undermined if we want to produce surplus organic meat in Pakistan. It has more production potential than calves. Both can be raised in rural areas like other animals on green fodders. These animals have a very good feed conversion ratio and enormous potential to significantly increase the income of the rural people. A large segment in Pakistan can consume ostrich and rabbit meat. In addition to meat, rabbit skins are used to make a variety of products that are valued in the international market. Therefore, rabbit farming will also produce industrial raw material for value addition.
Similarly, with the help of non-traditional fish farming techniques, the production of fish can be significantly increased. Especially in agricultural areas where canal water is not available and ground water is saline, shrimp farming can be practiced. There is a lot of demand for shrimp in the international market which can be exported to earn valuable foreign exchange. Moreover, there are also two species of fish, tilapia and grass carp, which can be raised on duckweed only. Duckweed is a fast-growing aquatic herbaceous plant. The production cost of fish raised on duckweed, will be very low and their meat will also be organic, but initially, it will require a pilot project.
Evidently, Pakistan has an immense potential in the field of agriculture which has been selectively highlighted here. By materializing this potential, we can not only meet the needs of the country but can also earn substantial foreign exchange by exporting surplus produce.

The writer is an Associate Professor at the University of Agriculture, Faisalabad and Editor of Zarai Digest.
E-mail: [email protected]