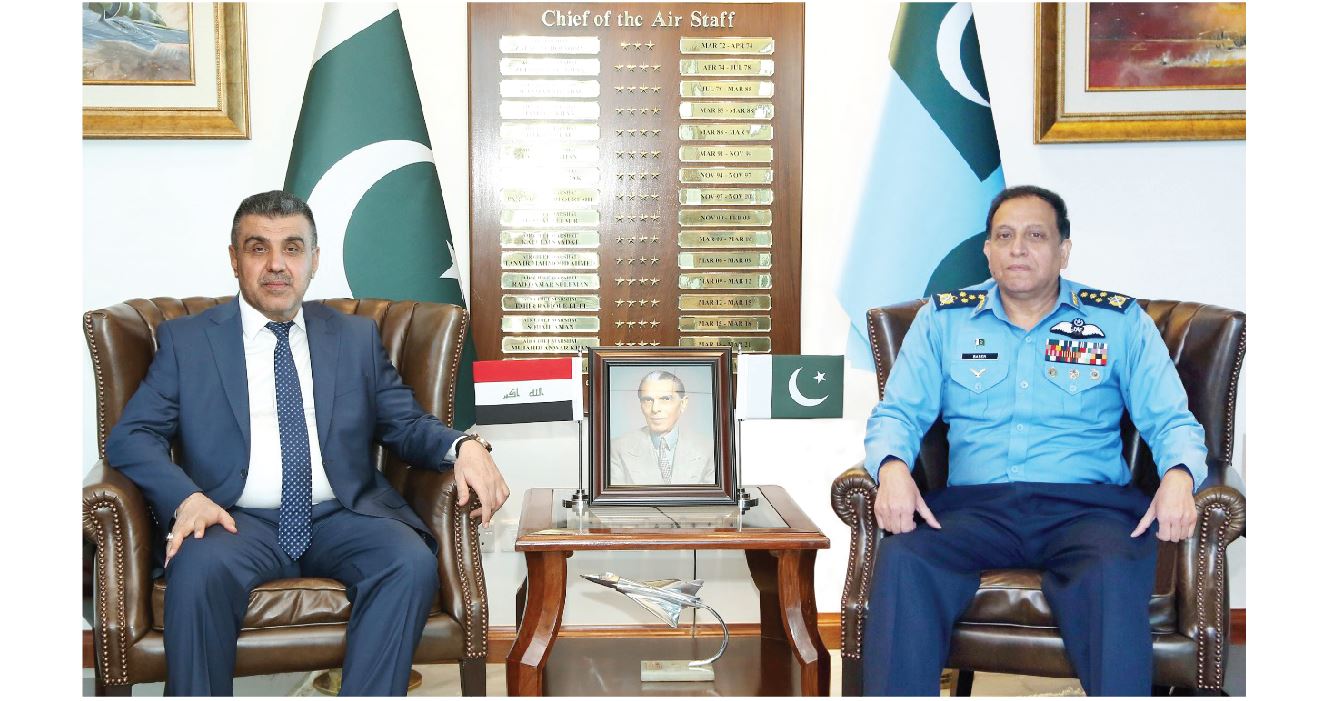 CAS said that Pakistan and Iraq enjoy longstanding religious, cultural and historical bonds which are manifested through strong ties between both countries. The Air Chief further highlighted that the advancement in space, electronic warfare, cyber and niche technologies coupled with artificial intelligence had profoundly affected the traditional environment of national security. PAF is fully focused on the acquisition and development of these technologies through smart inductions and human resource development for cost-effective operations.
Both dignitaries also agreed to further optimize the existing ties between both air forces, particularly in training and operational domains.