A long with other government institutions, Pakistan Army is playing a pivotal role in maintaining the sovereignty of the country. In recognition of the outstanding performances by Army personnel in respective fields and for their long meritorious services, a Corps level investiture ceremony was held at Lahore garrison where the best performers were awarded. 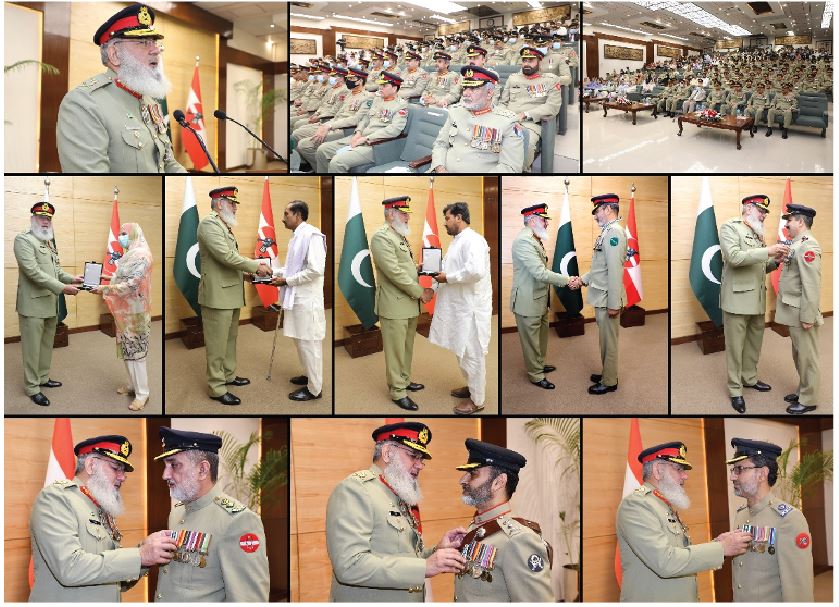 Commander Lahore Corps, Lieutenant General Muhammad Abdul Aziz, was the chief guest of the ceremony. In acknowledgment of their services, Corps Commander Lahore Corps conferred military awards to the Army personnel. A large number of military officials and relatives of shuhada/ghazis attended the ceremony. 20 officers were awarded Sitara-e-Imtiaz (Military), 46 officers were awarded Tamgha-e-Imtiaz (Military) and 19 Junior Commissioned Officers (JCOs) and soldiers were awarded Tamgha-e-Basalat. Medals of shuhada were received by their family members. At the end, while addressing the ceremony, the chief guest congratulated all award receivers and admired the sacrifices rendered by all shuhada to safeguard the territorial integrity of Pakistan.