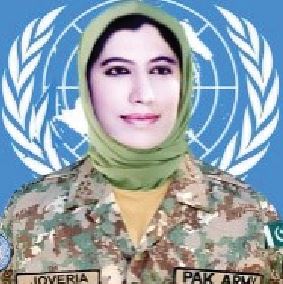 Despite the risk to their lives, Pakistan’s Blue Helmets do well by their duty to the peacekeeping missions and commitment to peace across the globe. 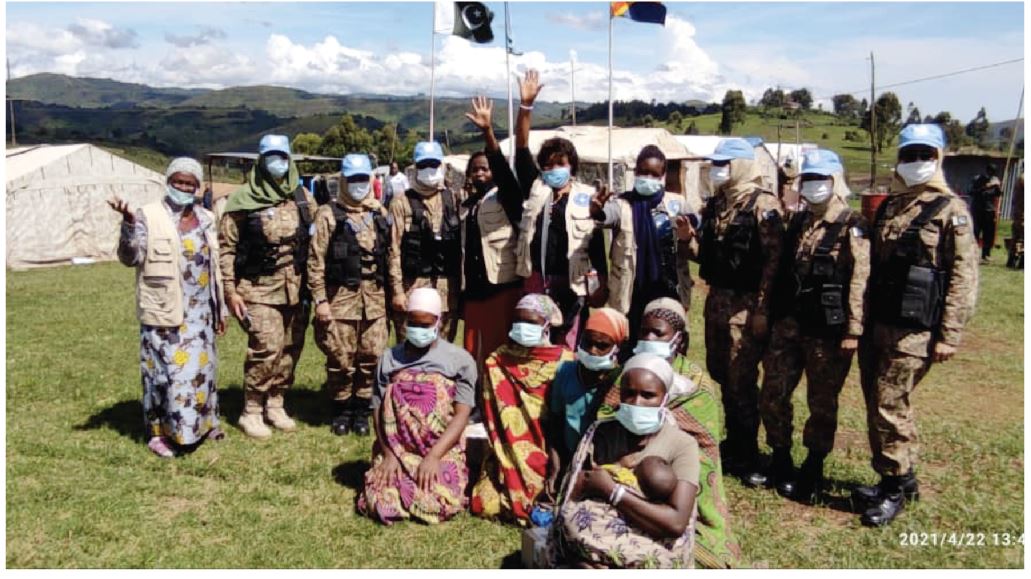 Pakistan has an extensive experience and history of serving the United Nations peacekeeping missions across the globe. Serving in those missions is a great honor for the soldiers and highly challenging at times. The Democratic Republic of the Congo (DRC) has long been the site of one of the world’s vilest humanitarian crisis, mostly due to its rich mineral resources. Since 1998, an estimated five million people have lost their lives as a result of the conflict. Pakistan has been participating in the United Nations Stabilization Mission in the Democratic Republic of the Congo (MONUSCO) since its inception and has contributed over 50,000 peacekeepers so far.
The United Nations has recently emphasized on the concept of ‘Inclusive National Ownership’ for effective community engagement. It requires meaningful engagement of local peacebuilders, including women, youth, and all national actors in the remote areas. Taking into account the experiences of the whole society is essential to understand the conflict dynamics, identify missing capacities and provide adequate peacebuilding support. Previously, community engagement efforts by most of the MONUSCO forces have had the tendency to garner favorable engagement with capital cities and elites. Pakistani Blue Helmets have effectively cultivated social relations with the local communities without compromising the fundamental principal of neutrality in peacekeeping and have gone an extra mile to engage broad sectors of the society, including community groups, women, youth and marginalized or under-represented groups.
Our peacekeepers have very effectively put the basic principle of community engagement into action. They have built rapport with the local community by conducting projects like installation of solar powered street lights, maintenance of sports grounds, provision of basic medical facilities and stress counselling. Capacity building has been achieved by educating the locals about the prevention of commonly occurring physical/mental ailments, preservation of environment and provision of clean drinking water.  Engaging with the locals, though challenging most of the times, still gave astounding results where we have gained an insight into the dynamics of their community and helped our peacekeepers plan community based activities and various welfare projects.
Women are the most essential and underrepresented part of the Congolese community. Their role as a vital resource for gathering information on local conflict dynamics cannot be ignored. Interacting with local women has often been challenging for the mission staff. Male peacekeepers are sometimes prohibited from making contact with local women altogether. The introduction of Female Engagement Teams (FETs) has indeed played a vital role in this regard. Our female peacekeepers have effectively bridged this gap over the past couple of years. Interactions with women, young girls, and children during celebrations of various United Nations international days, medical camps and patrolling has not only contributed to educating them but also helped in their capacity building. The relentless efforts of our peacekeepers has not only created a sense of security in the local population but also helped strengthen and sustain the peacekeeping mission.
On many occasions, key leaders of the community were involved and extensive discussions were held where they were given the power of decision-making, which proved as a force multiplier in the execution of various tasks.

Pakistan has been participating in the United Nations Stabilization Mission in the Democratic Republic of the Congo (MONUSCO) since its inception and has so far contributed over 50,000 peacekeepers. 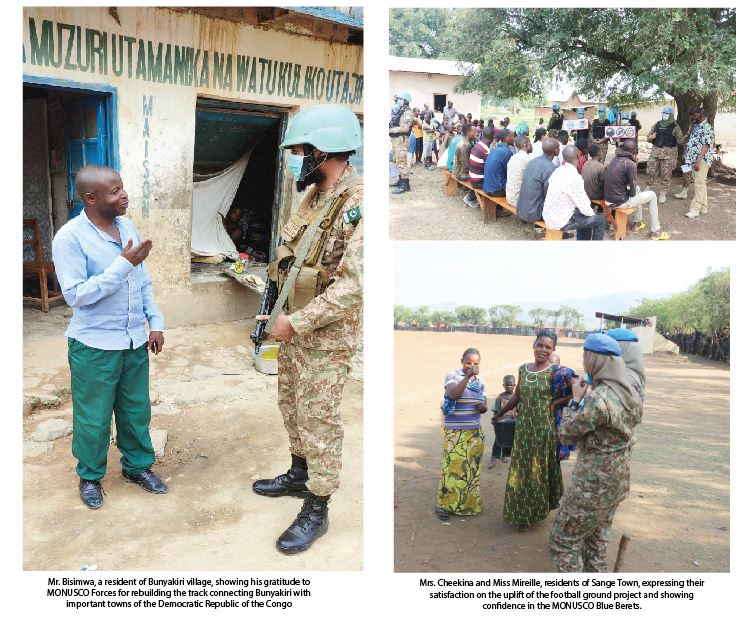 Civil-military fusion is also being enhanced a step further. Pakistani Commanders continuously encourage civilian leadership to play its role to further enhance the positive projection of peacekeepers through seminars, workshops, media and at times financial aid of the local community, etc.
One of the success stories is that of Sange where, after consistent efforts over the years, our peacekeepers now enjoy cordial relations with the locals, which ultimately had a positive effect on the peacebuilding mission. Now you can see their children interacting with our soldiers in our national language, Urdu. The women share their issues more openly, and men help in the provision of sensitive information about armed groups and imminent threats to our peacekeepers.
Due to the capacity building efforts, the locals are now more aware of health and nutrition related issues, more vocal about gender-based violence and more proactive towards the efforts of our peacekeepers.
Hence, in order to achieve sustainable peacekeeping missions, a triangular cooperation is necessary to ensure that on ground experiences and information gathered through community engagement is factored into community empowerment and short and long terms goals be set which not only nurture the growth of calamity affected nations but also help strengthen and sustain peacekeeping missions.