During the meetings, both sides deliberated upon various areas of interest, bilateral cooperation including security, counterterrorism and prevailing regional environment, particularly with reference to Afghanistan. They also dilated upon measures to enhance cooperation in the field of defense production and reaffirmed their commitment to further strengthen the excellent relationship. 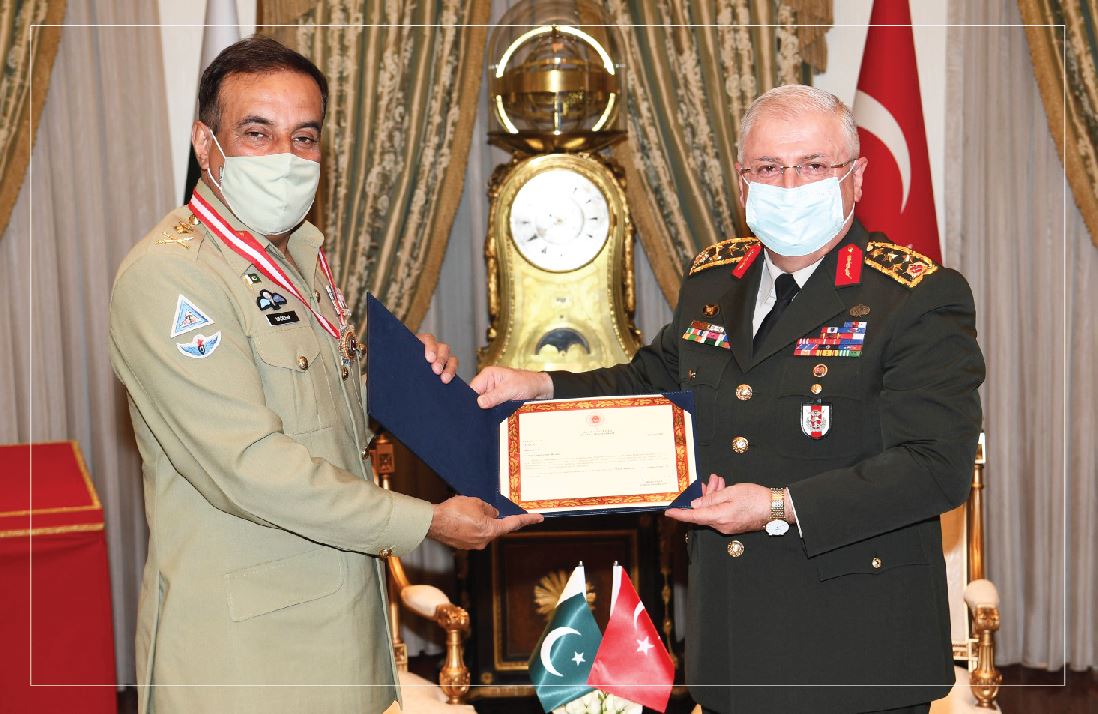 Turkish military leadership lauded the professionalism of Pakistan Armed Forces and acknowledged the sacrifices rendered by Pakistan in the fight against terrorism.
CJCSC was also awarded Turkey's highest military award, the "Legion of Merit", in an impressive investiture ceremony.
Earlier, upon arrival at Turkish General Staff Headquarters, CJCSC was given guard of honour by a smartly turned out contingent of Armed Forces of Turkey. He also laid wreath at the Martyrs’ Monument.