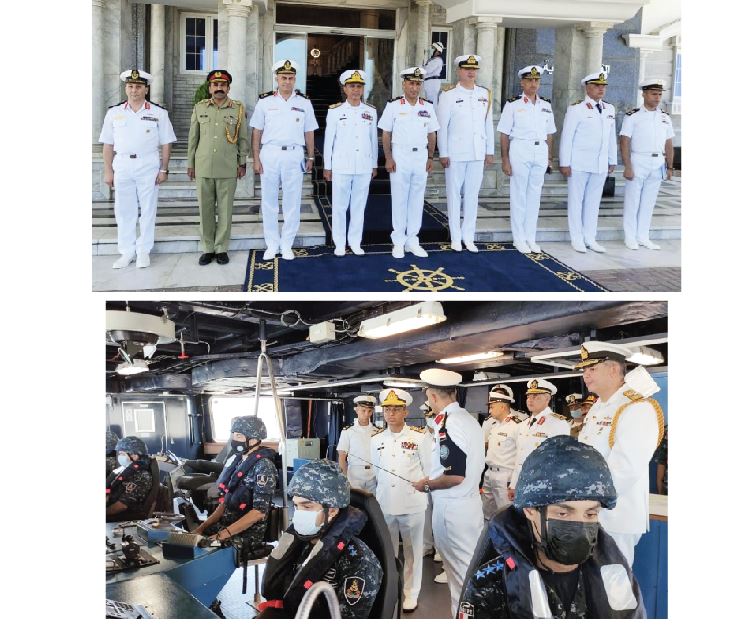 During the meeting with Egyptian Naval Chief, matters of bilateral naval collaboration and regional maritime security were discussed. CNS underscored Pakistan Navy’s initiative for ensuring maritime security in the region through Regional Maritime Security Patrols (RMSP) and participation in Combined Maritime Force. He highlighted the importance of enhancing cooperation between the armed forces of both countries through bilateral exercises and training programs.
CNS was given a detailed briefing on the role and capabilities of Egyptian Navy. The Admiral also visited onboard Mistral Helicopter Carrier and ENS BERNEES.
The dignitaries acknowledged the importance of strong military cooperation among the two countries. It is expected that the visit of the naval chief will further augment and expand defense ties between the two countries in general and navies in particular.