The success of Silicon Valley in creating a startup revolution in the United States and then spreading it to the world is one of the great achievements of the digital and globalization era with the startup becoming the third pillar of the modern era’s wealth creation culture. It has brought a revolution of sorts in the management field too. So, what is a startup? I would define it as a ‘lean project in which an idea with a business plan/strategy finds a sponsor’. No idea is good or bad, big or small, useless or useful, until implemented. Whether the idea, the business plan or the investor is important, is also a theoretical question. Each is important in its own right. A startup is a state of mind. These people are present everywhere, among your friends, family, companies and government. It is not difficult to recognize them; they are like you with the only difference being that unlike you and I, they are waiting to be unleashed. They carry enormous energy of ideas, like magma in search of fissures or soft ground to come out. Their greatest strength is that they know themselves, believe their ideas can be implemented to add value to the flow of goods and services and the quality of life in and around us. 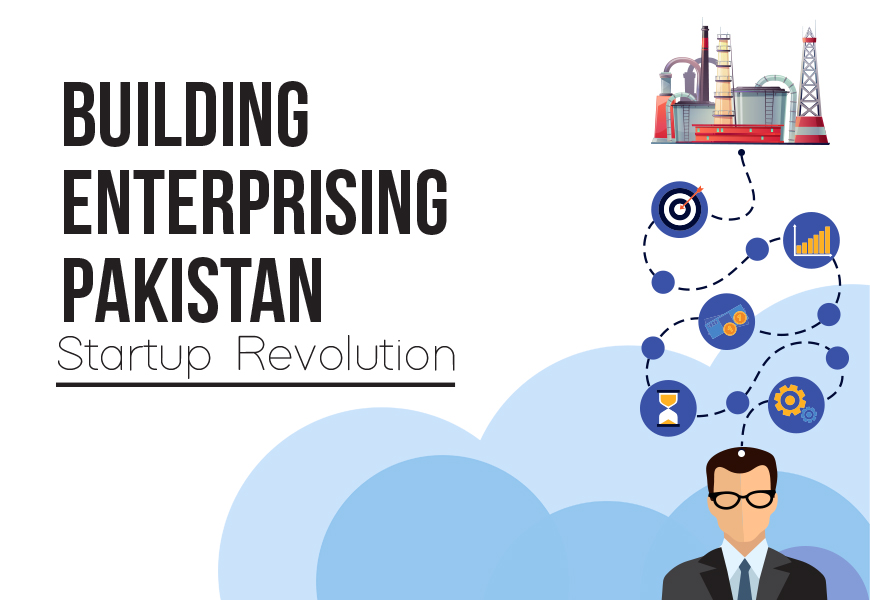 Entrepreneurship does not grow out of corporate assignments or bureaucratic orders. These people think differently and are on the lookout for realizing their dreams.

Respect for individuality, diversity and knowledge are the essential elements promoting the culture of entrepreneurship in a society. The startup entrepreneur often resembles the scientist who loves to experiment, and discover something new to add value to life. Small wins over big. Mission, not money lies behind startups.

Entrepreneurship is not only seen as a taboo in official departments, but also with suspicion in big companies who prefer more of the same above the innovators. The question arises as to why a startup is needed. Startups are meant to provide immediate solutions to market demands, need for innovation, and disconnects, gaps and the need for thinking differently. This is why it is often said that failures are valuable as they illuminate the areas of weaknesses and the need for improvements, innovation, and creativity etc. If Thomas Alva Edison’s experiment had not exploded, electric bulbs would not have been invented. Those who avoid water cannot become swimmers.

Monis Rahman is the founder, chairman and CEO of Naseeb Networks, which specializes in recruitment portal, social networking and other services in Pakistan. In 2006 he started Rozee.pk, an online portal connecting employers and professionals.

Maria Umer is the founder and president of Women’s Digital League (WDL), an online platform that caters to training and equipping Pakistani women for their economic empowerment.

Farhan Masood, a self-taught inventor, is the founder and CTO of SoloInsight Inc. His company SoloInsight Inc. (USA) and SoloTech Labs (PK) has driven him to provide innovative solutions which are custom designed for the clients he works with.

Ali Rehan is the Co-founder and CEO at Eyedus Labs and Ingrain. His startup is behind the popular smartphone app Groopic. The app has received great reviews from TechCrunch, Gizmodo, Cult of Mac and CNN.

Why is There no Silicon Valley in Pakistan?
The Pakistanis are the third-largest group among the foreigners in California’s Silicon Valley. It has been a long made observation among the educated class in Pakistan that the real talent of Pakistan is best utilized abroad. This is somewhat true in view of backwardness of the governance institutions in the country dominated by feudal and tribal elite who abhor change, rule of law and merit. Pakistan’s private sector has not grown due to ‘seth culture’. The industrialists invest their profits abroad in real estate and stocks instead of upgrading the machines or innovating. Inertia to change holds Pakistan back. The private sector survives in the protected home market, where it enjoys monopoly status. It has been a ‘taboo’ to teach entrepreneurship in Pakistan’s so-called elitist educational institutions, since the past five decades, for reasons unknown. Just showcasing business schools, incubation labs and SME Banks are not enough. What we need is an ecosystem for the startup mercantilist culture to take root and grow for the creation of wealth. Though the startups grow with small teams, once they get going, they require a little time to emerge as corporate giants employing many thousands. The small gradually take over the big, as the big refuse to innovate, repeating the most obvious corporate cycle of life.
Great ideas could come from unexpected persons or places and under equally uncertain times and circumstances. The startups are based on the principles of meritocracy. The ideas could appear to be the most mundane and even of humble origins. Ideas do not follow the known trajectories, rational explanations or institutional directives. Famous philosopher Bertrand Russell used to see ‘great ideas as the result of idleness’, thus advocating the sustained diminution of work as essential to promoting an ecosystem for nurturing ideas. The startup culture does not follow bureaucratic principles and does not grow under big government, tight rules and stringent discipline. Those who are disciplined, conventional, conformist, cautious and averse to risk taking are not made for entrepreneurship and startup. Respect for individuality, diversity and knowledge are the essential elements promoting the culture of entrepreneurship in a society. The startup entrepreneur often resembles the scientist who loves to experiment, and discover something new to add value to life. Small wins over big. Mission, not money lies behind startups. Startup and entrepreneurs emerge as problem shooters and solution providers. They are inspired by customers’ problems. They do not start with doing everything right. Actually, startups evolve by learning along the way. Some of their ideas may look least impressionable and their young founders equally without any sense of time or space; no wonder they prefer to remain under shadows, unless recognized and utilized.
In societies where the leadership lacks vision, commitment and respect for knowledge, these enterprising individuals find themselves unutilized and irrelevant. No wonder, the brain drain constitutes one of the major hurdles in the way of progress of developing countries, including Pakistan. A feudal, tribal aristocratic mindset and a colonial structured class based educational, political and social systems are proving to be the greatest hurdles in promoting entrepreneurship and startup culture in Pakistan. Entrepreneurship is a process of engineering change in the society, which is the obvious consequence of digital revolution and globalization. In the contemporary era, the startup revolution in Silicon Valley gave strategic edge to the American economy, after the Arab oil boycott and the Vietnam War debacle in the 1970s. Soon it left the shores of California to germinate its success models elsewhere.
Startups in China
The startup revolution in China arrived just at the right time when Deng Xiaoping was visiting the Southern 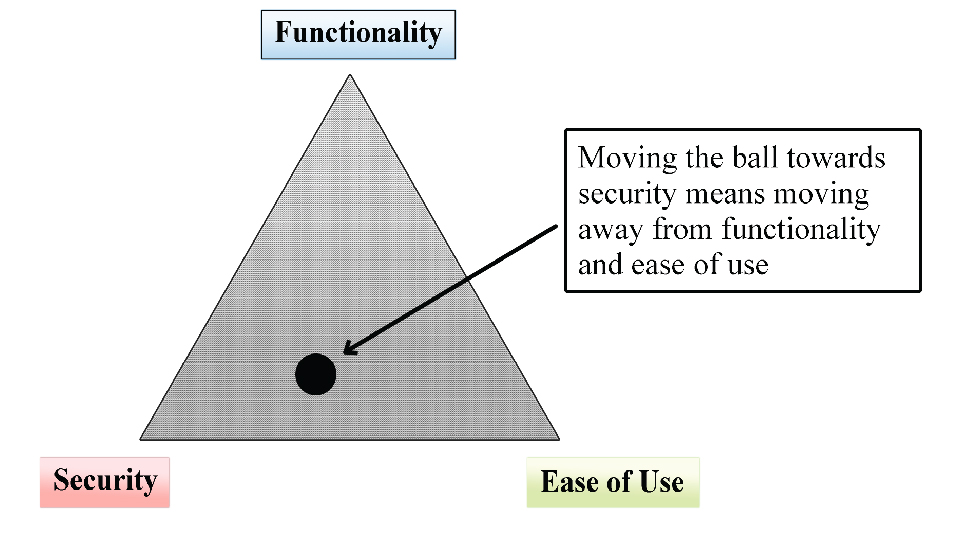 Provinces in 1992, reaffirming the continuation of the policy of reforms and open door to the outside world just after the tragic incidents of Tiananmen uprising. The mainstream Western media was unanimously announcing the farewell of China’s open door policy aimed at creating a market economy. The opposite indeed happened. The overseas Chinese living in Hong Kong, Taiwan, Singapore, Thailand, Malaysia and Western countries took Deng Xiaoping’s offer seriously and brought their wealth creating culture to the Mainland. The startup revolution thus became China’s second cultural revolution, but of the opposite kind. It unleashed entrepreneurial creativity at every level of modern organizations, economy and the society at large. There are nearly 33 million startups in China. All these emerged during the past four decades (1979-2019). The private sector’s share in the economy which was only less than a quarter in 1979, has risen to 80 percent of GDP. Most among the rising global corps of the hundreds of billion dollar companies in China such as e-commerce giants Ali Baba, JD.com, tech giant Huawei, home appliances company Haier etc. started off with humble origins as startups over the past four decades.
Moving from Perpetual Revolution to Startup Revolution: Igniting Indigenous Startup Revolution in Pakistan
In the technological era of globalization with unknowns and uncertainties, the option is to do what the Chinese have done benefitting from the startup revolution. In China three to four thousand startups go bust everyday. Failure should always remain an option. Those who do not fail, do not learn or grow. Organizations and societies move forward with innovation. They fail not because they lack talent, but because they have not used the available talent.
The Way Forward
Pakistan needs a paradigm shift in its development planning template. The broad contours of such a shift with respect to entrepreneurship could be as follows:

•    Restructuring of Civil Services by introducing governance reforms, downsizing and simplification of rules and procedures.
•    Promotion of entrepreneurship education and revision of the syllabus and textbooks from the primary to university level.
•    End of petty politics in trade bodies and associations.
•    Launching of Special Economic Zones, science and technology parks.
•    Support to Small and Medium Enterprises (SMEs) and cottage industries.
•    Revamping of microfinance banks, engineering development board (EDB) and TEVTA.
•    Establishment of vocational, polytechnic and skills development institutions.
Promotion of incubation centres, venture capital institutions and facilitation mechanisms.
•    Mobilization of overseas Pakistanis for establishing industrial zones with transfer of technology and prototypes for igniting industrial revolution.
•    Deputation of students and experts abroad to study the global success stories of startups in order to establish a ‘Silicon Valley’ in Pakistan.

Pakistan has failed to experiment, explore and innovate in its economy with the much needed reforms. Pakistanis have a rich heritage of desi ‘jugar’ (calibration) culture. However, there are merely six thousand startups in Pakistan. A few dozen are launched and die everyday. The most successful include Zameen.com and Daraz.com etc. The spectacular economic growth in China, India and Vietnam is due to igniting startup revolution. Nowhere has a government ever succeeded in running the economy as it cannot create jobs for everybody. Startup schools and business education has been made the sole privilege of the small elite. Instead of promoting entrepreneurship culture, CSS coaching centres are promoted. Big bureaucracy is the greatest curse of Pakistan. It has hindered reforms and innovation. Big bureaucracies everywhere cause a nation’s decline and death, just as big companies, due to their reluctance in trying new ideas, innovation and reforms. Human progress is, however, courtesy of its ability to change. Entrepreneurship left Pakistan after the Mohenjo-Daro era. Seeking of knowledge left during the Mughal period and the ‘startup revolution’ was abandoned by the feudal/tribal elite during Bhutto’s nationalization era (1972-77). Over the past five decades, the world adopted entrepreneurship and startup culture for achieving unprecedented prosperity. In Pakistan, resources have instead been wasted on mega infrastructure projects and superficial endeavors that have impoverished the country. Our protracted economic crisis calls for serious ‘introspection’ as to how the world moved ahead with ‘startup revolution’ and how Pakistan could have equally benefited from it for its economic take off. It is never too late!

The writer has served as Pakistan’s Ambassador in Germany, Singapore and Mauritius. He worked in China for two diplomatic assignments for nearly a decade. He is the author of several books on China. Currently, he is Director Chinese Studies Centre, National University of Science and Technology (NUST). Islamabad.
E-mail: [email protected]