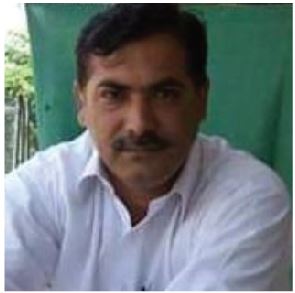 A land endowed with immense natural beauty and a unique culture

Broghil Valley is marked by a land truly blessed with unsurpassed beauty of lofty mountains, magnificent valleys, alluring lakes/rivers and astounding wildlife with a tropical culture. Its extended glaciers, scattered wetlands, and green meadows are a testament to the untenable tourism potential of the area. The Broghil Valley is home to a diverse range of flora and fauna, of which wild olives (Sinjur), ephedra, juniper, sea buckthorn (Mirgheez), willow, Himalayan poplar, Himalayan magpie, yaks and golden marmot are a few examples.

Broghil is a high mountain pass along Pakistan-Afghanistan international border that crosses the Hindu Kush mountain range and connects to Wakhan district of Badakhshan province (Afghanistan) and Chitral district of KP. The Valley is strategically located at the juncture of Pakistan, Afghanistan, China and Tajikistan. Geographically, Broghil Valley shares boundaries with Gilgit-Baltistan in the east, Wakhan strip of Afghanistan in the north/northwest and Yarkhun Valley in the south. It is one of the four major passes entering Chitral; others including Dorah Pass from Badakhshan province of Afghanistan, Shandur Top from Gilgit and Lowari Top from Upper Dir district. The elevations range from 10,762 feet at Kishmanjah village to 14,121 feet at Karomber Lake in the northeast.
The Valley is blessed with immense natural beauty in the shape of snow-clad peaks, lush green meadows, majestic lakes, glaciated passes, and its unique culture. The area is inhibited by approximately 2000 Wakhi and Kyrgyz people. Complete denizens of the Valley share the same language, socio-cultural practice, religious norms and housing patterns. The locals of the area organize a Yak Polo event every year which bears high potential for tourism in the Valley. They have their own unique culture that has endured the tides of time. Generally, Broghil Valley has remained unexplored due to its remote location and difficult access. Every year, it remains snow-covered from November to May.
On the directions of Commander 11 Corps, Lieutenant General Shaheen Mazhar Mehmood, an expedition to Broghil Valley was planned from September 23-28, 2019 under the arrangements of headquarters Chitral Task Force (CTF). The expeditionary team comprised of 15 officers including 3 doctors from Army Medical Corps and 3 members from the Survey of Pakistan. The expedition interacted with Commander CTF who besides highlighting significance of the Valley also enlightened the visitors on history, geography, strategic importance and its socio-cultural environment. Commissioner Malakand Division, Mr. Riaz Mehsud also met with the expedition members and shared his valuable experiences. He also highlighted that there were jeepable tracks in the area, but predominantly, mobility in Broghil Valley was restricted to on foot and horseback. 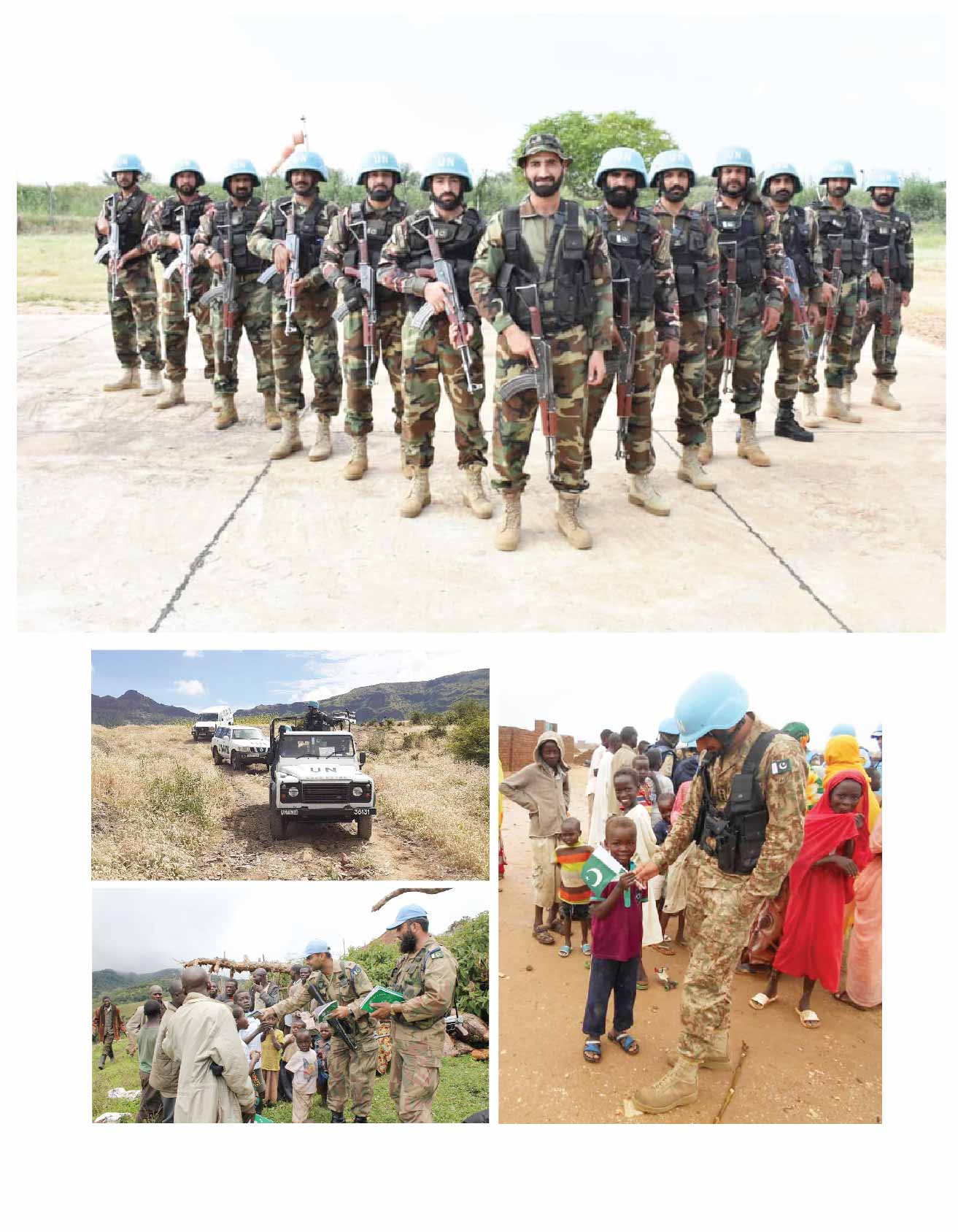 The expedition along with survey team members commenced the move by road from Chitral at 0800 hours on September 23, 2019 to reach Mastuj for the night stay. On September 24 the team continued their expedition to Broghil Pass on horses through Chilmerabad village and reached the pass at 1500 hours. The sole basic health facility of the Valley is located in village Chikar and is being run by Agha Khan Health Services, while the remaining eight villages are without any functional health unit. The doctors of Army Medical Corps – part of the expeditionary team – examined 300 men, women and children along with senior citizens who required immediate medical attention. As part of the WHAM (winning hearts and minds) activity the team also distributed warm clothing among the locals. On September 25 the expedition resumed its journey towards Darwaza Pass on vehicles till Garil village, and thereafter on horseback for 3 hours to arrive at the destination, from where Afghan village Sarhad-e-Wakhan could be seen with the naked eye. On September 26, the expedition started their journey back to Mastuj through Yarkhun and Chitral Valleys, and culminated the successful expedition on September 28.
The local condition tell the lack of education infrastructure, poor health facilities, lack of commercial activities and tourism in the Valley. Absence of communication infrastructure makes this situation even worse. It is quite cumbersome and costly for locals of Broghil Valley to travel to Mastuj and Chitral to obtain basic commodities. Community based schools were opened in five villages of the Valley, duly run by the NGO CAI (Central Asia Institute). CAI was a Gilgit-based NGO which ran five schools in Broghil and four in Yarkhun valley. It took over existing schools from year 2012 onwards, along with provision of free uniforms and books to the students in collaboration with the local community till 2016. As there is no industry/commercial activity and government offices/jobs, therefore, unemployment figures out to be a major problem for the locals. 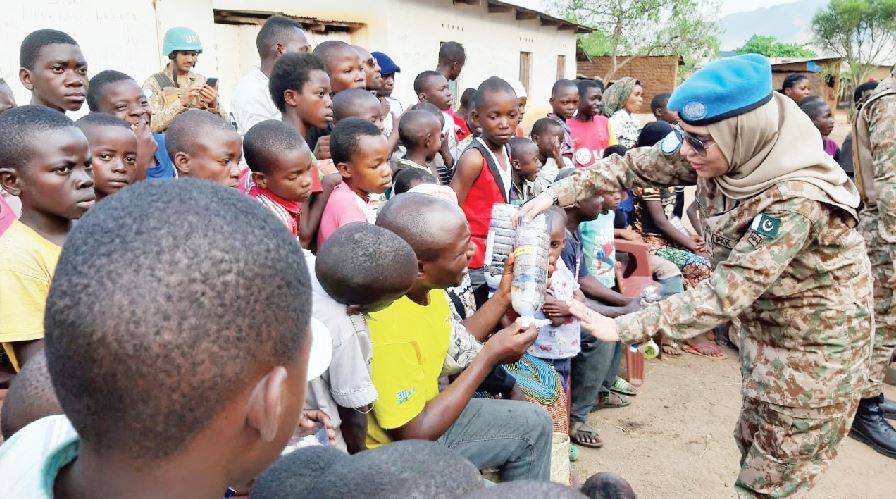 The expedition provided a rare opportunity to see and explore all the facets of Broghil Valley and its distinct culture which normally remains hidden due to its remoteness and inaccessibility. The WHAM activities and presence of Pakistan Army in the Valley certainly raised the morale of its inhabitants. Notwithstanding the beauty of the area and uniqueness of its culture, the Valley is extremely backward and its residents are prone to a lot of difficulties and problems. This expedition will go a long way in highlighting the geographical significance of the area and also surfacing the hardships being experienced by its dwellers.