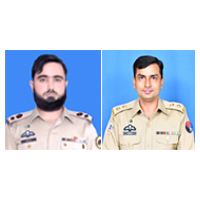 A Tale of Two Immortals

Pakistan’s true strength lies in the unflinching resilience of its people who withstood all the hardships during the course of history and defeated the inimical forces. Pakistan is the only country that has defeated the forces of terrorism that baffled the world at the dawn of 21st century. But the enviable/unmatchable success in the national war against extremism and terrorism has come at a very heavy price in terms of precious human lives and socio-economic losses. Pakistan’s security forces faced the brunt of terrorism with professionalism par excellence and fortitude. There have been innumerable stories of valour which speak of the mettle of the junior leaders of Pakistan Army. Martyrdom of two brave sons of soil; Lieutenant Masood Ur Rehman and Captain Asif Mehmood in North Waziristan in September 2004 shall be remembered as an epitome of limitless human perseverance, unflinching faith and devotion to the defence of motherland. 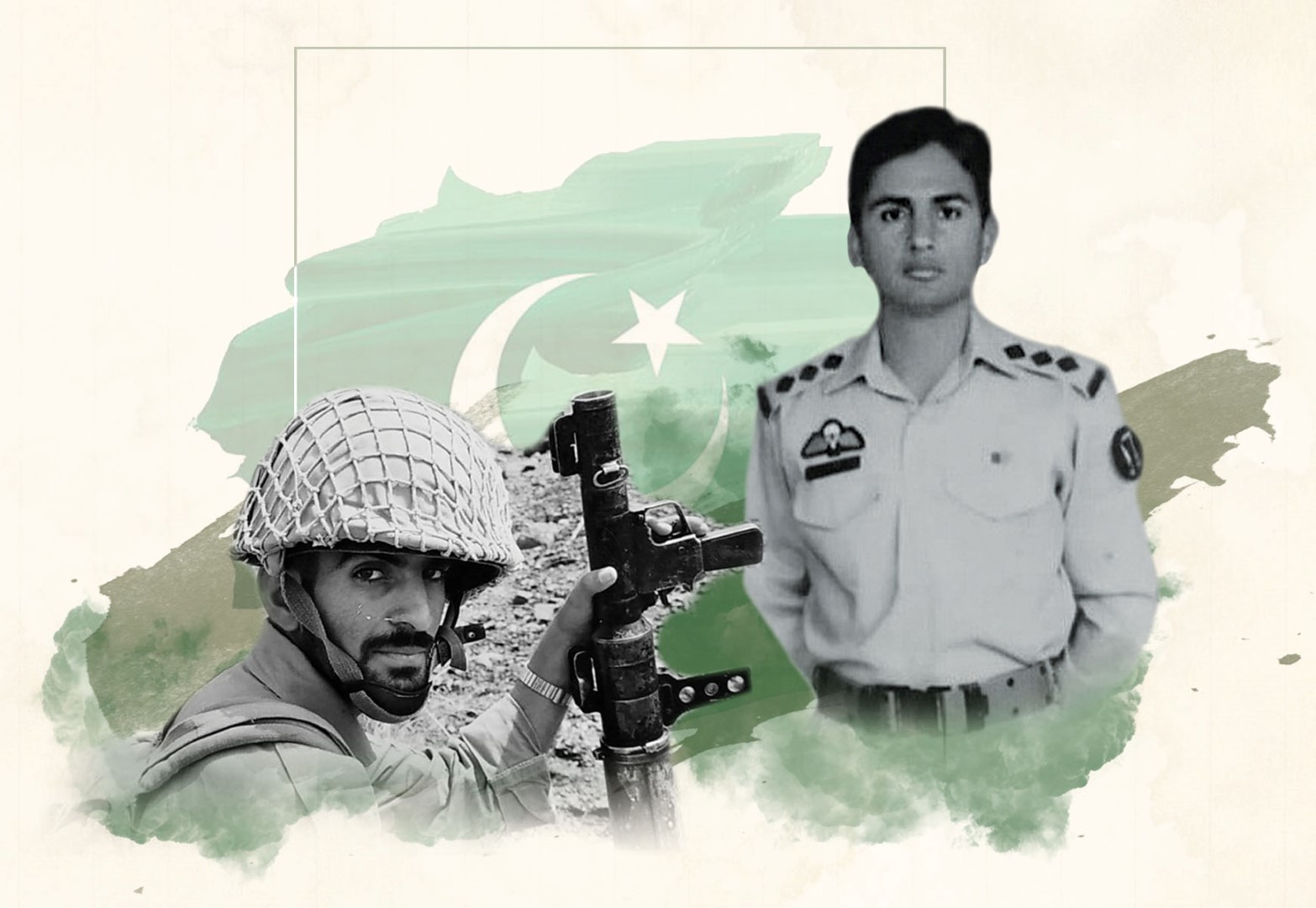 Both the heroes were commissioned in 54 Baloch Regiment (Mechanised Infantry Battalion) that holds the motto of ‘FIRST TO GUARD’ due to the singular honour of presenting first-ever standing guard at Mazar-e-Quaid. The unit’s fine war history is evident from the legacy of 34 valiant soldiers who laid down their lives in the line of duty. Keeping its glorious traditions; the unit played a pivotal role in clearance of Mir Ali bowl from terrorists and capture of Shahbaz Khel top during Operation Zarb-e-Azb in 2014. 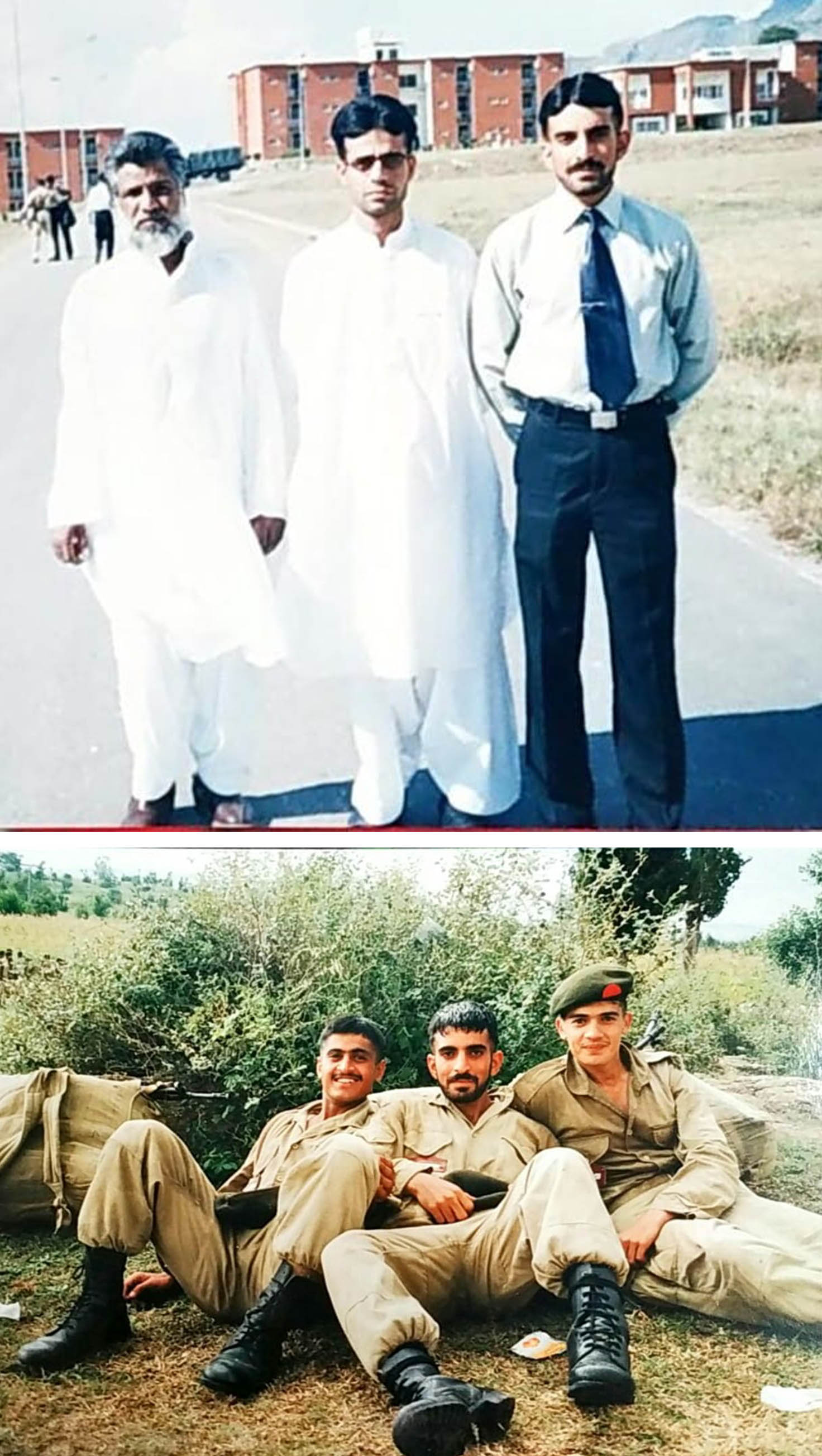 Masood Baloch was born to Molvi Abdul Sattar Langove and Bibi Zubeda on January 4, 1983 in Mastung. He was known for his rifle shooting, declamatory skills and horse riding at Cadet College Mastung. His companions during training at PMA remember him for his uniquely pleasant and gravitating personality marked by politeness, liveliness, comradeship and good taste for poetry. He was a thorough gentleman with a courteous demeanor and endearing habits. He was quite agile and a good football player. Being a humble person, he enjoyed the company of his under-command soldiers who revered him due to his empathy and humane attitude.
On the 5th of August 2004, Lieutenant Masood embarked on a special military train with his unit from Kharian Cantonment, the place from where he was received in November 2003 by his unit after he passed out from PMA. On August 28, 2004, he reached Razmak and his sub-unit Alpha Company was deployed in Shawal Valley of erstwhile North Waziristan Agency in a jungle ahead of Gurbuz, Dabar Miami. The first challenging task for him as a young officer was to dominate a track which was the main transport and supply route of terrorists; leading to Afghanistan through Mangroti pass. His company effectively checked miscreants’ movement through deterrence. During those long nights, Lieutenant Masood used to remain with his troops in the front bunkers; and sometimes enjoyed playing ludo in the dim lantern light. He always led his platoon daringly during routine day and night patrols. He was often found in the bunkers located on the most dangerous approaches. He even shared sentry watches with his troops. He would stay awake the whole night till stand-to timings at dawn and then enjoy morning tea with soldiers before falling back for rest.
On September 8, 2004, Alpha Company was ordered to move back to Razmak for a subsequent operation in Laddah and Makin area. During their stay in Dabar Miami for two days before moving to Razmak, Masood’s close companion noted that he was mentally and physically preparing himself to embrace martyrdom and meet his Creator. After an excruciating journey, they reached Razmak where Captain Asif also joined the unit from Infantry School and was appointed as Alpha Company Commander.  At the dinner in Shawal Rifles mess, chicken karahi and naan were served. Asif was a smart officer; cautious about his diet and usually avoided soft drinks. But during that dinner he consumed two glasses of soft drinks contrary to his habit. When one of his colleagues cautioned him about the number of calories he drew in; he replied instantly with a cheer: “Yar, khao piyo, kal kis ney dekha hay” (Friends! eat and drink; for who knows what would happen tomorrow). The words of that true soldier still reverberate in the ears of his companions; as he was to be martyred in the coming fateful days.
After the dinner, they all lined up in front of the telephone booth to make calls to their families as they were unable to communicate with them for quite a few days. That day, Lieutenant Masood Baloch talked at length with his family members. When he came out after about 15 minutes of conversation, his companion enquired as to why did he take so long? Was he talking about his engagement with his family?! Masood’s reply stunned his friend: “I was telling my brother that we are going for a very precarious operation tomorrow. I will call you myself tomorrow evening. But if somebody else calls you, it would mean that I am no more in this world”. His comrade instantly hugged him, assuring that they were all going to be safe during the operation. More astounding was the fact that the exact mission had not been communicated to them by then. But surely; Masood had foreseen the destiny awaiting him a day prior to his martyrdom.

Later at night, the Commanding Officer briefed the officers about the impending operation to be conducted the next day. They went to their tents around mid-night. Early morning, they were woken up by the noises of equipment being loaded by the troops. Instead of routine breakfast – to save time for battle preparations – both took an apple each, to be consumed in the later part of the day.
On September 9, 2004 at 0400 hours, the convoy moved from Razmak to Makin and Laddah. All the companies disembarked in Sam Valley. Alpha Company was led by Captain Asif assisted by Lieutenant Masood and Charlie Company was led by Major Kashif (now Lt Col) and Lt (now Major) Mushtaq. Both Companys were tasked to dislodge terrorists/dismantle their hideouts located at point 7121 and Karawan Manza feature respectively. Bravo Company was deployed at Asman Manza overlooking these heights, which was a good location for artillery deployment for effective coverage of longer ranges till Razmak, Jandola and Sarwakai.
After the air raids on terrorists’ locations, at around 0850 hours, Alpha and Charlie Companies started moving tactically toward their respective objectives. Bravo Company was providing fire support from Asman Manza with heavy machine guns besides transmitting the visual observations regarding the moving terrorists to the leading elements of both the companies. The arduous operation was swiftly conducted and adroitly led by both Company Commanders and their young officers and jawans.
Both the companies cleared the resistance and terrorists withdrew to the next dominating heights in continuation. Captain Asif and Lieutenant Masood led their respective tactical groups bravely. Eye contact/communication was difficult due to the mountainous terrain and dense forest. While leading from the front, just a little short of his objective, Captain Asif was hit by two bullets fired by a sniper. Lying drenched in a pool of blood, with his eyes shining and face brimming with confidence like ever, his parched lips recited Kalma Shahadat and Allah-o-Akbar repeatedly. He was still encouraging his troops to press forward to fulfill the mission instead of attending to him. He was evacuated by helicopter, but the braveheart succumbed to his injuries during the flight to Wana Forward Treatment Centre. Looking toward his troops through the closing door of helicopter, he waved his right hand feebly as if saying: ‘Kal kis ney dekha hay?’

Lieutenant Masood got the news of martyrdom of his Company Commander Captain Asif but kept maneuvering and pressing bravely against the last dominant position occupied by the terrorists. While approaching the final objective, Lieutenant Masood was hit by two bullets in the right shin bone. The lionhearted soldier took out his handkerchief, tied his broken leg bones together and tried to stand but fell down. He then started crawling upward to the terrorists’ position for about 25 metres. He continued moving forward under intense fire from the terrorists. One can only imagine the courage of a brave young leader, tired for many days due to frequent convoy moves, climbing through rugged mountains under hostile fire; fighting the terrorists and crawling towards the final objective despite being riddled with bullets. The gushing blood weakened his body but not his will to fight on. He proved to be one of those who dare go where even death fears to go.  Resultantly, he surprised the terrorists with his sudden appearance from the bushes. He opened fire and killed two terrorists at the spot; when from a nearby location, another terrorist fired at him and six bullets pierced his chest. Masood Baloch breathed his last, adorned by his usual smile. He signifies the exemplary patriotism of the Baloch people who have frustrated and defeated the forces inimical to peace and prosperity of Pakistan. Along with the two officers, four other selfless soldiers also lost their lives in the name of the country during the operation, namely Lance Naik Hidayat Ullah, Sepoy Shahid Iqbal, Sepoy Shabbir and Sepoy Sajid. The unit flushed the terrorists out of the area in a subsequent operation killing 70 of them. The indomitable defenders of the motherland secured Karawan Manza heights, provided security and safe passage to the brothers in arms who would fight the menace for another decade or so to defeat the terrorists in detail.
The tales of the fearless martyrs reinforce the belief that Shahadat is a divine honor bestowed upon the best of the faithful; because character is destiny. The valiant ghazis and shuhada of the armed forces are indeed the custodians of the Quaid’s determined words that “No power on earth can undo Pakistan”.